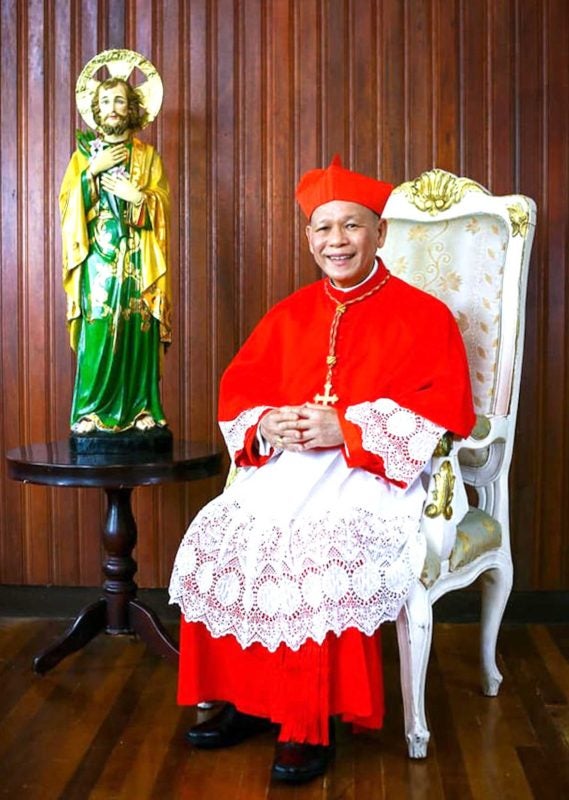 After the conquest of Manila in 1575, Martín de Goiti, one of Legazpi’s lieutenants, appeared to have united the territorial domains of Lakan Dula of Tondo (1503-1575), Rajah Matanda (1480–1572) of Maynila (a vassal to the Sultan of Brunei), and Rajah Sulayman III (1558–1575) of Sabag and Namayan. Mind you, the pioneering Augustinian missionaries who arrived ten years earlier worked hard as well to achieve the impossible.

There was neither a local Church nor a local bishop. But the pioneering evangelization from 1565 to 1579 was a phenomenon short of a miracle. The voluntary conversion to Christianity – not proselytization – of the indigenous natives who were erstwhile Hindus, animists, and Muslims was so persevering that Pope Gregory XIII, the creator of the Gregorian calendar, made Manila a suffragan diocese of Mexico. It means, among other things, that the Apostolic Succession or the authentic and uninterrupted lineage from the Apostles of the first century had reached the Philippine shores when, in 1579, Domingo de Salazar, OP, was appointed the first bishop (not the first Archbishop) of Manila.

As a suffragan diocese, Manila was jurisdictionally placed under the Metropolitan Archdiocese of Mexico, which is 14,240 kilometers away and separated by the Pacific Ocean, the Earth’s largest and deepest body of water. The whole geophysical-pastoral situation has turned the management of the new suffragan diocese into a nightmare. Communications were harrowing; logistics from Mexico took a long time to arrive in Manila; and countless human resources were put at risk when a Galleon traversed the mighty Pacific.

Within 14 years from Bishop Salazar’s arrival in 1581, the growth of the local Church was so amazing that, in 1595, Manila was elevated into an archdiocese, carving its own ecclesiastical territory away from Mexico. Becoming a metropolitan archdiocese is a unique characteristic of the Catholic organization and, by this hierarchical set-up, Manila became the center of massive Gospel-preaching in the Far East and the Pacific in the 1600s and centuries to come. Also in 1595, Pope Clement VIII erected the three suffragan dioceses under Manila: Cebu (Visayas and Mindanao), Nueva Caceres (Bicol and the eastern territories), and Nueva Segovia (Ilocos and other northern territories).

Franciscan Ignacio de Santibáñez, who served as the first Archbishop of Manila (1596-1598), succeeded Salazar. Another Dominican, Miguel de Benavides, the builder of the present University of Santo Tomas, succeeded Santibáñez, as the Apostolic Succession went on.

When Philip III heard that Benavides had absolutely nothing to spend for his episcopal enthronement (similar to Cardinal Advincula’s installation in Manila 418 years later), the Spanish King himself dug into his own pocket to finance the pending canonical installation of the poor Benavides in 1603. This one small detail in Benavides’ austere life caught my attention, which, for me, is one significant proof that the early missionaries “individually are as poor as the proverbial church mouse” (Ambrose Coleman, 1899) – and lived, served, and died poor.

In 1934, Cebu was elevated into a Metropolitan Archdiocese, and both Nueva Segovia and Nueva Caceres in 1951. It means that, from 1579 to 1934 (an astounding 350 years!) Manila was the only Ecclesiastical Province tasked with the toughest missionary enterprise of supervising an extensive territory that comprised the whole of the Visayas, the entire Mindanao, and the tiny Pacific islands of the Marianas, the Carolinas, and Palau. It also means that, from 1595 to 1934, only one was wearing the Pallium: The Lord Archbishop of Manila! Bishops like the first Bishop of Manila, Domingo de Salazar, did not wear the Pallium.

On June 24, 2021, the 450th anniversary of the foundation of Spanish Manila, Cardinal Advincula, a native of Dumalag, Capiz, was installed as the new Archbishop of Manila.

Our sincerest congratulations, your Eminence!