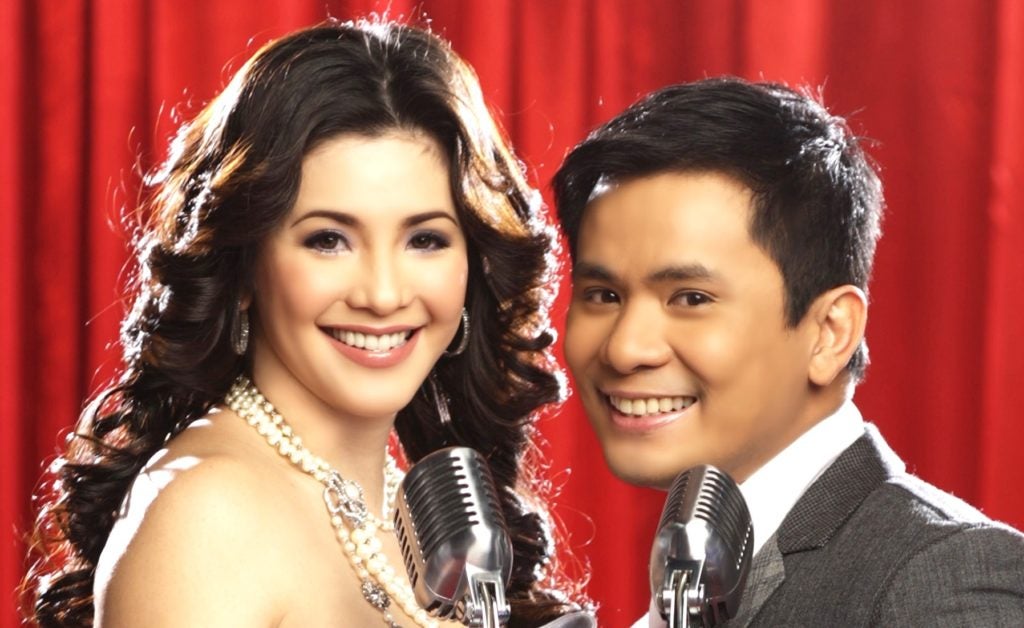 Regine Velasquez and Ogie Alcasid’s “Mr. and Mrs. A!” show will be in New York. CONTRIBUTED

NEW YORK — Fans of “The Songbird” and “The Songwriter” are coming in droves November 5 to the “MR. and MRS. A!” concert to be staged at The Town Hall on Times Square. Tickets to the show, beginning with the VIP category all the way to balcony seating, have been sold out, according to show producer Mountaintop Entertainment Production.

As of today, only about 100 tickets at the Upper Balcony level are unsold. The Town Hall has a seating capacity of 1,479.

“Known for chart-topping love song duets like ‘Pangako,’ ‘Pangarap Ko ang Ibigin Ka’ and ‘Kailangan Ko’y Ikaw,’ Ogie Alcasid and Regine Velasquez-Alcasid have touched the hearts of many Filipinos. And New York is no exception, as shown by the enthusiasm for this show,” says Melissa Mendoza of Mountaintop Productions.

“MR. and MRS. A!” was first staged in Manila in 2012. It was the headlining concert of Regine and Ogie as a married couple, showcasing their solo hits as well as classic duets.

The New York staging on November 5 is the first on the East Coast, and the third in a five-city United States tour sponsored by Starmedia Entertainment, Philippine Airlines, GMA PinoyTV and the Lewis Law Group.

With careers spanning decades, Regine and Ogie are hit-makers in their own right. In August, Ogie staged a very successful birthday concert. Meanwhile, Regine is celebrating her 30th year in show business this month. Tickets for her concert were sold out for the first night, prompting a repeat. Both were staged at one of the biggest arenas in the Philippines.