Not all experts are ready to vaccinate kids against Covid

Not all experts are ready to vaccinate kids against Covid 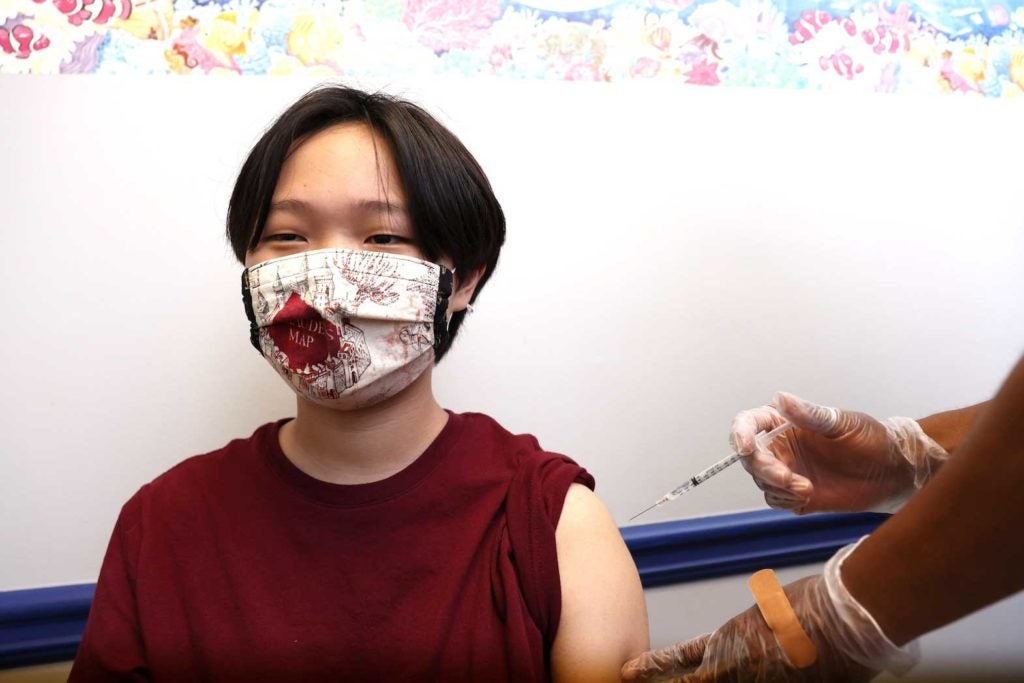 Maddy Yoo, 12, is inoculated with Pfizer’s vaccine against coronavirus disease (COVID-19), after Georgia authorized the vaccine for ages over 12 years, at Dekalb Pediatric Center in Decatur, Georgia, U.S. May 11, 2021. REUTERS

Lucien Wiggins, 12, arrived at Tufts Children’s Hospital by ambulance June 7 with chest pains, dizziness and high levels of a protein in his blood that indicated inflammation of his heart. The symptoms had begun a day earlier, the morning after his second vaccination with the Pfizer-BioNTech mRNA shot.

For Dr. Sara Ross, chief of pediatric critical care at the Boston hospital, the event confirmed a doubt she’d been nursing: Was the country pushing its luck by vaccinating children against Covid at a time when the disease was relatively mild in the young — and skepticism of vaccines was frighteningly high?

“I have practiced pediatric ICU for almost 15 years and I have never taken care of a single patient with a vaccine-related complication until now,” Ross told KHN. “Our standard for safety seems to be different for all the other vaccines we expose children to.”

To be sure, cases of myocarditis like Lucien’s have been rare, and the reported side effects, though sometimes serious, generally resolve with pain relievers and, sometimes, infusions of antibodies. And a Covid infection itself is far more likely than a vaccine to cause myocarditis, including in younger people.

Lucien went home, on the mend, after two days on intravenous ibuprofen in intensive care. Most of the 800 or so cases of heart problems among all ages reported to a federal vaccine safety database through May 31 followed a similar course. Yet the pattern of these cases — most occurred in young males after the second Pfizer or Moderna shot — suggested that the ailment was caused by the vaccine, rather than being coincidental.

At a time when the vaccination campaign is slowing, leading conservatives are openly spreading disinformation about vaccines, and scientists fear a possible upsurge in cases this fall or winter, side effects in young people pose a conundrum for public health officials.

On Friday, the Centers for Disease Control and Prevention’s vaccine advisory committee is set to meet to discuss the possible link and whether it merits changing its recommendations for vaccinating teenagers with the Pfizer vaccine, which the Food and Drug Administration last month authorized for children 12 and older. A similar authorization for the Moderna vaccine is pending, and both companies are conducting clinical trials that will test their vaccines on children as young as 6 months old.

At a meeting last week of an FDA advisory committee, vaccine experts suggested that the agency require the pharmaceutical companies to hold larger and longer clinical trials for the younger age groups. A few said FDA should hold off on authorizing vaccination of younger children for up to a year or two.

Interestingly, Lucien and his mother, Beth Clarke, of Rochester, New Hampshire, disagreed. Her son’s reaction was “odd,” she said, but “I’d rather him get a side effect [that doctors] can help with than get Covid and possibly die. And he feels that way, which is more important. He thinks all his friends should get it.”

Data regarding Covid’s impact on the young is somewhat messy, but at least 300 Covid-related deaths and thousands of hospitalizations have been reported in children under 18, which makes Covid’s toll as large or larger than any childhood disease for which a vaccine is currently available. The American Academy of Pediatrics wants children to receive the vaccine, assuming tests show it is safe.

But healthy people under 18 have generally not suffered major Covid effects, and the number of serious cases among the young has tumbled as more adults become vaccinated. Unlike other pathogens, such as influenza, children are generally not infecting older, vulnerable adults. Under these circumstances, said Dr. Cody Meissner — who as chief of pediatric infectious diseases at Tufts consulted on Lucien’s case — the benefits of Covid vaccination at this point may not outweigh the risks for children.

“We all want a pediatric vaccine, but I’m concerned about the safety issue,” Meissner told fellow advisory commission members last week. An Israeli study found a five- to 25-fold increase in the heart ailment among males ages 16-24 who were vaccinated with the Pfizer shot. Most recovered within a few weeks. Two deaths occurred in vaccinated men that don’t appear to have been linked to the vaccine.

Young people could experience long-term effects from the suspected vaccine side effect such as scarring, irregular heartbeat or even early heart failure, Meissner said, so it makes sense to wait until the gravity of the problem becomes clearer.

“Could the disease come back this fall? Sure. But the likelihood I think is pretty low. And our first mandate is do no harm,” he said.

Ross said the biggest pandemic threats to children that her ICU has witnessed are drug overdoses and mental illness brought on by the shutdown of normal life.

“Young children are not the vectors of disease, nor are they driving the spread of the epidemic,” Ross said. While eventually everyone should be vaccinated against Covid, use of the vaccines should not be expanded to children without extensive safety data, she said. 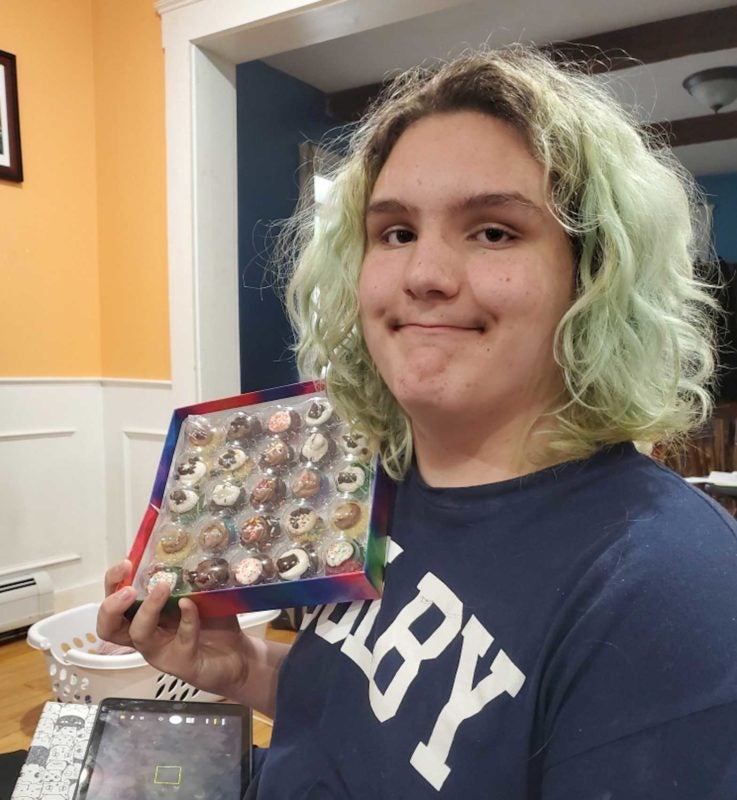 Lucien Wiggins, 12, poses with a tray of mini-cupcakes sent by a relative after he left Tufts Children’s Hospital on June 9. Wiggins suffered myocarditis following a Covid vaccination but says it was worth it to avoid getting Covid.(BETH CLARKE)

The government could authorize childhood vaccination against Covid without recommending it immediately, noted Dr. Eric Rubin, an advisory committee member who is editor-in-chief of the New England Journal of Medicine. “In September, when kids are back in school, people are indoors, and the vaccination rates are very low in certain parts of the country, who knows what things are going to look like? We may want this vaccine.”

Moderna and Pfizer this summer began testing their vaccines in younger kids. A Pfizer spokesperson said the company expects to give about 2,250 children ages 6 months-11 years vaccine as part of its trial; Moderna said it would vaccinate about 3,500 children in the 2-11 age range.

Some members of the FDA advisory committee proposed that up to 10,000 kids be included in each trial. But Marion Gruber, leader of the FDA’s vaccine regulatory office, pointed out that even trials that large wouldn’t necessarily detect a side effect as rare as myocarditis seems to be.

At some point, federal regulators and the public must decide how much risk they are willing to accept from vaccines versus the risk of a Covid virus that continues to spread and mutate around the world, said Dr. Paul Offit, director of the Vaccine Education Center at Children’s Hospital of Philadelphia.

“We’re going to need a highly vaccinated population for years or perhaps decades,” Offit said at the meeting. “It seems hard to imagine that we won’t have to vaccinate children going forward.”

Ross argued that it makes more sense to selectively vaccinate children who are most at-risk for serious Covid disease, such as those who are obese or have diabetes. Yet even to raise questions about the vaccination program can be a freighted decision, she said. While authorities have a duty to speak frankly about the safety of vaccines, there is also a responsibility not to frighten the public in a way that discourages them from seeking protection.

A 10-day pause in the Johnson & Johnson vaccination campaign in April, while authorities investigated a link to an occasionally fatal blood-clotting disorder, led to a major decline in public confidence in that vaccine, although as of late May authorities had detected only 28 cases among 8.7 million U.S. recipients of the vaccine. Because of the declining appetite for the Johnson & Johnson vaccine, millions of doses are in danger of passing their use-by date in refrigerators around the country.

Focusing too much attention on potential harms from the Pfizer and Moderna vaccines for children could have a tragic result, said Dr. Saad Omer, director of the Yale Institute for Global Health and an expert on vaccine hesitancy. “Very soon we could be in a situation where we really need to vaccinate this population, but it will be too late because you’ve already given the message that we should not be doing it,” he said.

Eventually, perhaps next year, K-12 mandates might be called for, said Dr. Sean O’Leary, a professor of pediatric infectious diseases at the University of Colorado. “There’s so much misinformation and propaganda spreading that people are reticent to go there, to further poke the hornet’s nest,” he said. But once there is robust safety data for children, “when you think about it, there’s no logical or ethical reason why you wouldn’t.”