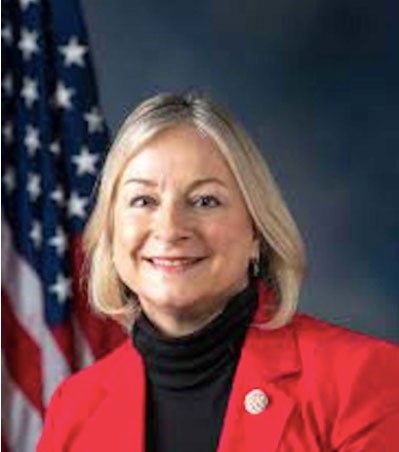 Voicing strong support for the Philippine  Human Rights Act (PHRA) reintroduced in the House of Representatives on June 14 by U.S. Rep. Susan Wild (D-PA), more than 50 U.S. leaders from religious groups, labor organizations, state legislatures and the Filipino American community called on the U.S. “to stop the relentless abuse of human rights and escalating assaults on the Philippines’ constitutional democracy by the government of President Rodrigo Duterte.”

The urgent appeal, addressed to the international community and notably the U.S. administration, amplifies Rep. Wild’s declaration that U.S. taxpayer dollars should not fund “a government that brutally represses those who oppose it.” The PHRA aims to block U.S. funds for police or military assistance to the Philippines, including equipment and training, until such time as human rights conditions are met.

The bill’s reintroduction came the same day the Office of the Prosecutor of the International Criminal Court (ICC) sought authorization to conduct an investigation into President Duterte’s drug war. Since becoming president in 2016, he has overseen the deaths of thousands of civilians, and has extended the orders to kill until 2022.

“The worldwide United Methodist Church has long regarded the United Nations, including related bodies like the International Criminal Court as ‘the best instruments now in existence to achieve a world of justice and law,” says Rev. Dr. Liberato Bautista, Assistant General Secretary for United Nations and International Affairs General Board of Church and Society of The United Methodist Church. “This spotlight on the Philippines by the ICC underscores the accountability of peoples—primarily those exercising power and authority—to international norms and standards that uphold human dignity and human rights.”

Michael Ramos, Executive Director, The Church Council of Greater Seattle, adds: “People of faith throughout the world have a stake in protesting any national regime that fails to respect basic human rights and that stifles dissent and democracy.  The current situation in the Philippines shows all the signs of a repressive formula tried over and over that can only be confronted through collective action to tie aid to fundamental change. “

Stressing that the U.S. has “a moral imperative to ensure that any of its military aid or arms sales are not used in the furtherance of human rights abuses,” Rebecca Singleton, lawyer and former legal extern for UN Women’s Peace and Security program, says that “any further assistance by the U.S. government to the Duterte administration renders the United States complicit in the atrocities being committed against Filipinos by their government.”

The Duterte administration’s war of terror against the Philippine labor movement is also of grave concern to U.S. labor leaders. “In alignment with a resolution passed at our 2019 national APALA convention, we support the reintroduction of the PHRA and support the sending of an International Labor Organization investigating team to look into repression against the labor movement in the Philippines,” says Alvina Yeh, Executive Director, Asian Pacific American Labor Alliance (APALA).

Reminded of U.S. support for the Marcos Dictatorship in the 1970s through the 1980s, Filipino American community leaders have been organizing protest actions in the U.S. to call attention to extra-judicial killings committed by the Duterte administration.

“We call on President Biden to use the power of his office  to send a strong message to human rights violators like Duterte that America’s continued support is conditioned on his respect for democratic values,” says Loida Nicolas Lewis, National Chairperson, US Filipinos for Good Governance (USFGG).

Adds Maryland Delegate Kris Valderrama: “As a state legislator, I know that Rep. Wild’s legislative measure expresses the will of the American people to ensure that their tax dollars do not embolden authoritarian governments like Duterte’s to further repress and violate the rights of the Filipino people.”

Rev. Dr. Liberato Bautista, Assistant General Secretary for United Nations and International Affairs General Board of Church and Society of The United Methodist Church.; Loida Nicolas Lewis, National Chairperson, US Filipinos for Good Governance (USFGG).and Cindy Domingo,Cindy Domingo of Akbayan North America and a board member of  A Legacy of Equality Leadership and Organizing (LELO), Seattle, were among the signatories of the appeal to end U.S. military aid to President Rodrigo Duterte’s administration. CONTRIBUTED

The more than 50 signatories to this urgent appeal are in total agreement with Rep. Wild that US foreign policy should be centered around human rights and dignity.

“As U.S. citizens, we have a long history of pressuring our government to end US aid to authoritarian governments who abuse human rights and destabilize democracy. The reintroduction of the PHRA  as well as the ICC’s continued investigation into Duterte’s human rights abuses add urgency to our resolve to speak out loudly, now!” says Cindy Domingo of Akbayan North America and a board member of  A Legacy of Equality Leadership and Organizing (LELO), Seattle, WA. [SIGNED STATEMENT BELOW]

We appeal to the international community, especially the United States, to help stop the relentless abuse of human rights and escalating assaults on the Philippines’ constitutional democracy by the government of President Rodrigo Duterte.

The climate of political violence engendered by the actions and policies of the Duterte Government has reached a point that the Philippine Supreme Court recently had to condemn increasing threats and attacks on lawyers, prosecutors, and judges. “To assault the judiciary is to shake the very bedrock on which the rule of law stands,” the high court stated. Indeed, more lawyers have been killed (61) in five years of the Duterte Administration than under the 14 years of the Marcos dictatorship.

However, arguably the most shocking illustration of state violence by far under President Duterte was the brutal March 7, 2021 “Bloody Sunday” police-military raids that killed nine nonviolent political activists and human rights advocates in their homes and offices in several provinces near Manila. The brutal bloodletting followed President Duterte’s exhortation to soldiers and police officers to “kill, kill, kill” alleged rebels with impunity, and that he “didn’t care for human rights.

Witnesses said police and military units executed the victims and planted evidence to prove that they “fought back,” which is also a typical feature of extrajudicial killings by law enforcers in the government’s so-called war on drugs.  This “war” has summarily killed 8,663 suspected drug users and dealers (other sources give much higher counts). It is now paired with a “war on terrorism,” with unarmed political activists, critics, journalists, and human rights defenders in the crosshairs of a “Whole-of-Nation” counterinsurgency campaign.

Among the components of Whole-of-Nation counterinsurgency is the indiscriminate “red-tagging” or labeling as communist people and organizations critical of President Duterte’s policies. Hundreds of groups and people (including the United Nations special rapporteur on the rights of indigenous peoples, Victoria Tauli-Corpuz)have been red-tagged, making them likely targets of harassment, arbitrary arrest, and assassination by police and paramilitary elements in violation of international laws prohibiting state violence against non-combatants.

Most Filipinos are now convinced that freely expressing criticisms of government could come at the cost of one’s life or liberty. A recent survey shows that 65 percent of adult Filipinos agree “it is dangerous to print or broadcast anything critical of the (Duterte) administration, even if it is the truth.”(Underscoring supplied)

Bolstering this widespread fear of state repression is the new Anti-Terrorism Law championed by President Duterte. Multiple civic petitioners are vigorously challenging the law in the Philippine Supreme Court due to menacing and chilling provisions that further constrict the already narrowing democratic space. For example:

The Anti-Terrorism Law essentially encodes President Duterte’s already active disregard of due process, accountability, the rule of law, and his predilection for weaponizing legal instruments to silence or seek revenge on critics of his war on drugs and other policies.

Combined with the pattern of state repression are disturbing efforts to undermine Constitutional authority. Fanatical Duterte supporters chronically plead for him to declare a “revolutionary government.” Likewise, some in his legislative majority call for unwarranted and self-serving changes to 1987 Philippine Constitution.

President Duterte also has persistently chipped away at the primacy of civilian rule. He has repeatedly expressed preference for former military men when it comes to government work because military men, unlike “bureaucrats,” never debate with him, he says. A third of his 30-member Cabinet are retired military officers.

He has coddled the Philippine military and police with increased budgets and vows of impunity while constantly referring to them as “my soldiers.” The Philippine National Police now practically functions as his personal armed auxiliary.

The Philippines’ constitutional democracy ushered by the successful 1986 “People Power” revolution against the Marcos dictatorship has survived several military coup attempts. But it now faces an existential peril from President Duterte’s abusive and repressive governance.

His is a governance that is fully convinced that due process, the rule of law, and constitutional guarantees of democratic and human rights are all bothersome obstacles to be circumvented or eliminated in pursuit of political and military ambitions.

We, therefore, urge the United States government to halt all military aid, arms sales, and any forms of assistance that tend to bolster the Duterte Government, until it stops its single-minded disregard for universal human rights and ceases to destabilize Philippine democracy.

* for identification purposes only

For more information about this statement, please email [email protected]