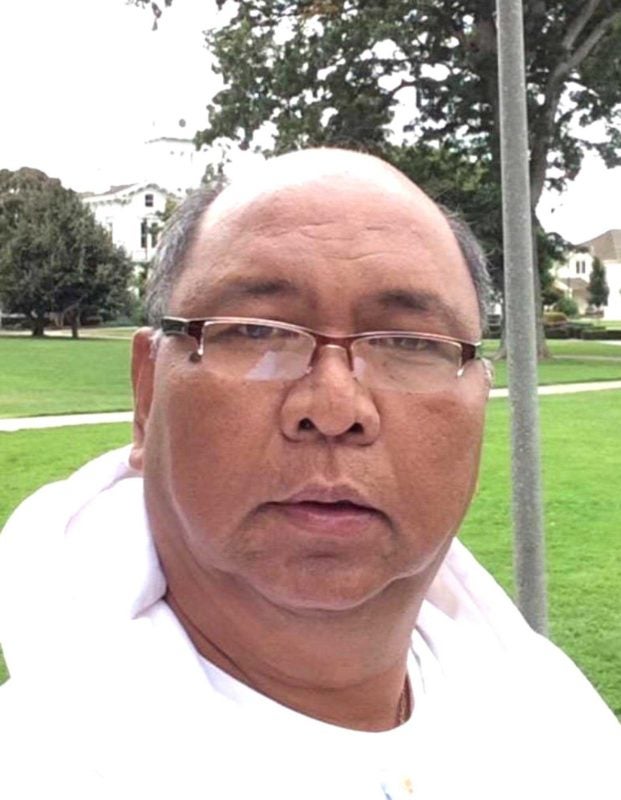 OAKLAND, California – A middle-aged Filipino very much wanted to join fellow kababayan in openly celebrating Philippine Independence Day after a year of pandemic-imposed isolation. But Pablo Villavicencio of Bulacan now cannot feel free as he still suffers from a traumatic hate attack he experienced weeks ago.

Villavicencio was looking forward to spending the Memorial Day weekend with friends and relatives in Los Angeles as he took the BART train to the station for an LA-bound bus. While exiting the West Oakland BART station, however, a young twenty-something African American girl suddenly dashed in front of him carrying a piece of 2 x 2 wood and took a swing for Villavicencio’s head.

It was good that he had quick reflexes and was able to duck to protect his head. The wood hit the backpack he had on his left shoulder instead. He didn’t feel hurt then and was about to run after the girl who sprinted upstairs to the train platform. The station agent advised him not to go after the girl as it was not safe. Instead, Villavicencio was led into the station booth for safety.

The station agent called BART police, which sent officers with a medical team. They went up to arrest the girl whom Villavicencio and the station agent were able to identify.

“She was someone who looked like any other train passenger if not for the wood she carried to hit me,” Villavicencio recounted while being attended to by medical responders. “You would not even think something may be wrong with her. I have not seen her ever, much less know her to be her enemy.”

The response team told him to be watchful for any body aches that he may have in the coming days since any pain may not be felt immediately. True enough, he felt some pain in his left shoulder later and has seen a doctor for that.

Someone from the police office called Villavicencio days later to say that the culprit is now in Santa Rita jail, undergoing evaluation to know if something is wrong with her.

“I want to press charges but I have no means in doing so. I really don’t know how to go about this process of pressing charges and seeking justice. Besides, I really need to take care of myself first and overcome this constant fear in me. How can I even face her again if I still have this feeling of fear? What happened then always comes back to haunt me even in my dreams,” Villavicencio intimated.

Alameda County Attorney’s Office is offering its services in case he may need them, including referral for medical treatment, mental health therapy, housing information and assistance in filing for the victim compensation program with the State of California to reimburse Villavicencio for any “out-of-pocket losses as a result of medical and hospital costs, loss of wages, relocation expenses and mental health counseling.”

“Their office is sending me another letter with a restitution claim form in case I decide to pursue this case and for any other services I decide to avail from them,” Villavicencio added.

“I am not sure if I am suffering from trauma and anxiety. I don’t feel free to go out anytime like before. I cannot even feel safe stepping out of the door to run simple errands. I don’t feel safe going out especially when I have to go far,” he intimated.

He was quick to add, though, that he was not really sure that he was singled out to be her target or she was just waiting for someone to hurt with the piece of wood she was carrying. He is not sure if he was just at the wrong place at the wrong time.