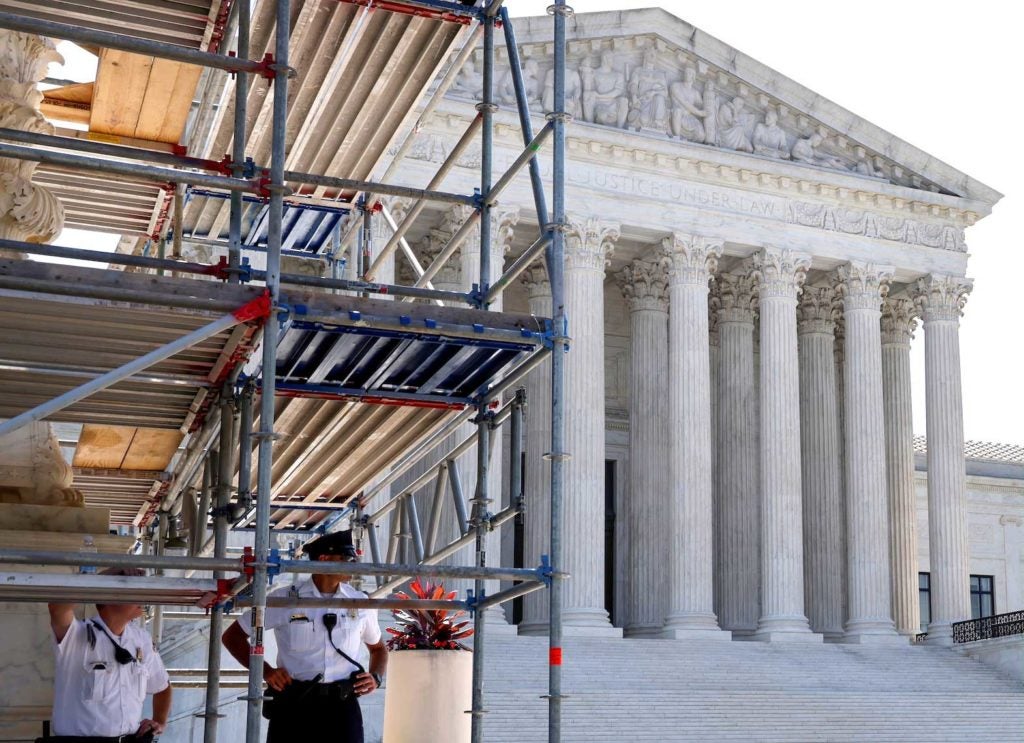 The U.S. Supreme Court on Monday turned away a free speech challenge to a federal anti-riot law brought by two members of a militant white supremacist group who pleaded guilty to crimes related to a deadly 2017 rally in Charlottesville, Virginia.

The justices declined to hear appeals by the two California men, Michael Miselis and Benjamin Daley, of a lower court ruling that upheld their convictions under the 1968 Anti-Riot Act but also deemed some parts of the law a violation of the U.S. Constitution’s First Amendment guarantee of freedom of speech.

The law, enacted against a backdrop of the 1960s U.S. civil rights demonstrations and anti-war protests, makes it a crime to travel “in interstate or foreign commerce” with the intention to incite, encourage, organize, promote or participate in a riot.

Miselis and Daley were members of the Southern California-based Rise Above Movement, a white supremacist group that billed itself as “combat-ready” and whose purpose was to engage in violent attacks on counter-protesters at various political rallies. Daley was a founder of the group, whose members spent weekends training in martial arts and other combat techniques.

The “Unite the Right” rally on Aug. 12, 2017, erupted into violence and convulsed the nation. A man named James Fields, a self-described neo-Nazi, crashed his car into a crowd of counter-protesters, killing a 32-year-old woman named Heather Heyer. Fields was sentenced to life in prison in 2019.

Rally participants gathered in part to protest the planned removal of a statue in the college town of Robert E. Lee, the general who led military forces of the pro-slavery Confederacy during the American Civil War of the 1860s.

The night before rally, Miselis and Daley joined hundreds of white nationalists in a march chanting slogans such as “Blood and soil!” and “Jews will not replace us!” Daley and others attacked counter-protesters with their tiki torches, according to court filings.

As documented by federal authorities, the next morning the two men engaged in more violence against counter-protesters. Daley punched and kicked one man, while Miselis, once a doctoral student in aerospace engineering, struck a woman on the ground. Daley punched a second man who Miselis also kicked so hard that he broke his own toe, according to authorities. Daley grabbed a female protester by the throat, choking her, and then threw her to the ground, according to authorities.

After the riot, then-President Donald Trump said that there had been “very fine people on both sides” in Charlottesville.

Miselis and Daley were charged with conspiring to violate the anti-riot law and for traveling in interstate commerce with intent to riot under that law.

The men sought to dismiss their charges, contending that the law was overly broad and prohibited constitutionally protected speech. After a federal judge rejected that argument, they pleaded guilty. Daley received a 37-month prison sentence and Miselis got 27 months.

The Richmond, Virginia-based 4th U.S. Circuit Court of Appeals ruled in 2020 that certain portions of the law, including those criminalizing speech that tends to encourage a riot, violate the First Amendment, but upheld the convictions because those charges fell under other parts of the law that were constitutional.