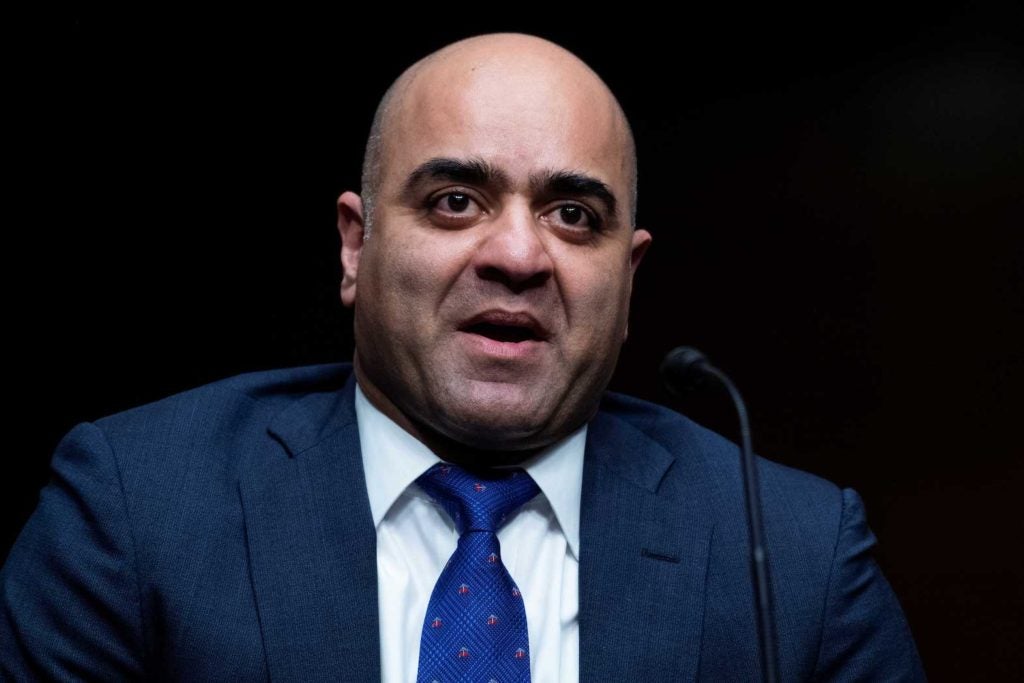 Zahid N. Quraishi, nominee to be a U.S. District Judge for the District of New Jersey, testifies before a Senate Judiciary Committee hearing on pending judicial nominations on Capitol Hill in Washington, U.S., April 28, 2021. Tom Williams/Pool via REUTERS

The U.S. Senate on Thursday approved President Joe Biden’s nomination of Zahid Quraishi, a magistrate judge in New Jersey, to the federal bench, making him the first Muslim federal judge in U.S. history.

The Democrat-controlled Senate voted 81-16 to confirm Quraishi, 46, who is the son of Pakistani immigrants and a former federal and military prosecutor.

Senate Majority Leader Chuck Schumer of New York noted on the Senate floor that while Islam is the third-largest religion in the U.S., no Muslim has ever served on the federal bench.

“We must expand not only demographic diversity but professional diversity, and I know that President Biden agrees with me on this and this will be something that I will set out to do,” Schumer said.

Before being appointed as a magistrate in 2019, which did not require Senate confirmation, Quraishi was a partner in the white collar criminal defense practice of New Jersey law firm Riker Danzig Scherer Hyland & Perretti.

He had previously worked as an assistant U.S. attorney, assistant chief counsel with the Department of Homeland Security, and a prosecutor with the U.S. Army Judge Advocate General’s Corps. Quraishi served two tours with the Army in Iraq, in 2004 and 2006.

The Senate on Thursday also voted 52-46 to elevate U.S. District Judge Ketanji Brown Jackson of the District of Columbia to the U.S. Court of Appeals for the D.C. Circuit. Jackson, whose record on the bench was criticized by some Republicans, is widely considered a contender for any U.S. Supreme Court vacancy that arises during the Biden administration.

Quraishi and Jackson were nominated in March along with a diverse slate of nine other candidates that included several women and Black and Asian-American nominees. The Senate on Tuesday confirmed the first two Biden-appointed judges to the bench in New Jersey and Colorado.