In approving the first new Alzheimer’s drug in nearly 20 years, the U.S. Food and Drug Administration is taking its biggest risk yet with a strategy that allows new therapies onto the market without strong evidence that they work, regulatory and scientific experts say.

The Biogen Inc drug, Aduhelm, was authorized based on evidence that it can reduce brain plaques, a likely contributor to Alzheimer’s, rather than proof that it slows progression of the lethal mind-wasting disease.

The FDA has granted so-called “accelerated approval” in more than 250 instances since 1992, mainly for rare diseases or small patient populations that have had no effective treatments available to them. In these cases, the agency requires that drugmakers conduct additional clinical trials to prove their therapy works, or face withdrawal from the market.

Aduhelm, however, is in a different league in terms of the number of potential patients and cost to the healthcare system.

In addition, the FDA approval ignored the recommendation of its outside advisors, who said Biogen did not provide enough evidence of clinical benefit. Three of the advisory panel’s members have resigned in protest since the FDA decision was announced on Monday.

“This decision has shaken the foundations of the scientific process and methods,” said Dr. Jason Karlawish, co-director of the Penn Memory Center in Philadelphia. Karlawish ran one of the trial sites for the Biogen drug.

He said the FDA made its decision “by fiat,” and had not asked its advisors to consider whether the drug’s ability to remove a type of brain plaques known as beta amyloid would improve outcomes for patients. 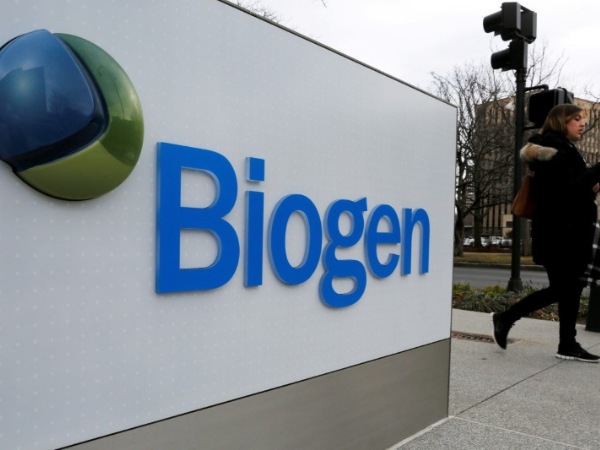 Biogen has said that some 1.5 million Americans with early-stage Alzheimer’s will be eligible for the drug, priced at an average of $56,000 per year, with the federal Medicare insurance program for seniors likely on the hook for most of the cost.

The FDA approval allows Biogen to sell its product over several years – with forecasts for potential annual sales reaching as high $10 billion to $50 billion – until the company completes a required follow-up study.

The number of Americans living with Alzheimer’s is expected to more than double to around 13 million by 2050, according to the Alzheimer’s Association.

“I believe they came to the right decision on behalf of the American public,” Sandrock said in an interview.

The FDA has defended its decision by saying that Biogen presented clear evidence that Aduhelm, known chemically as aducanumab, removed beta amyloid from the brains of people with Alzheimer’s.

Amyloid has long been a target of experimental therapies for the disease. However, none of the earlier drugs have shown that reductions in amyloid resulted in significant benefits for patients by slowing deteriorating cognition or ability to function.

Dr. Peter Stein, director of the FDA’s Office of New Drugs, told Reuters that Aduhelm showed the clearest correlation so far between a reduction in beta amyloid and a delay in cognitive decline among patients, suggesting it was a good predictor of clinical benefit.

FDA officials said other Alzheimer’s drug developers cannot assume their therapies will be considered under the same framework. Eli Lilly and Co and Roche Holding AG are among drugmakers also working on amyloid-targeting medicines.

“We can’t say right now whether this will be a path for other Alzheimer’s drugs, or drugs for other neurodegenerative diseases,” Dr. Patrizia Cavazzoni, director of the FDA’s Center for Drug Evaluation and Research, told Reuters.

Critics are less convinced that amyloid removal is an adequate proxy to predict benefit.

“We need to rethink the use of these regulations as interpreted and used by FDA,” said Karlawish.

Nearly half of all drugs receiving accelerated approval ultimately got full approval, after a median of around three years, according to a report by the Institute for Clinical and Economic Review (ICER), a drug cost watchdog.

Exceptions include Lilly’s Lartruvo for sarcoma, which was withdrawn, while the FDA revoked its authorization for Roche’s Avastin to treat breast cancer, although it is still used for other cancers.

More than 100 drugs with accelerated approvals have been on the market a median of just under two years, according to ICER. The report noted that many of the confirmatory trials are slow to complete, and the results often ambiguous.

Biogen has said a confirmatory Aduhelm trial could take nine years to complete. The FDA described that estimate as “conservative” and said it would support “efforts to complete this trial in the shortest possible timeline.”

Despite Aduhelm’s high price, patient advocates hailed the FDA decision, saying it will revive research in the field, including the kinds of drug combinations that have improved treatment of complex diseases like cancer and HIV.

“This approval will spark additional investment by other companies in disease-modifying treatments and therapies,” advocacy group UsAgainstAlzheimer’s said in a statement.

(Reporting by Deena Beasley in Los Angeles and Julie Steenhuysen in Chiacgo; Editing by Michele Gershberg and Bill Berkrot)

How to shape eyebrows like a pro
Books for teens to read on Amazon
Ferrari woos buyers as it flaunts its latest models on the catwalk
America’s reopening: How could post-COVID life look like?
Women now drink as much as men, are prone to sickness sooner
US to waiver rights for COVID vaccine as approach to vanquish pandemic
Moderna files for US authorization to use its COVID vaccine in teens
LATEST
Bidens have tea with Queen Elizabeth after G7 summit
G7 agrees to end new gov’t support for coal power by end of 2021
G7 leaders agree to coordinate China approach much more closely – Trudeau
Macron: We love sausage, but let’s not waste time on this
Biden suggests ‘autocrat’ Putin’s Russia might be weaker than it seems
MOST READ
usa Top deadliest days in American history
newsinfo China cautions G7: ‘small’ groups don’t rule the world
technology PH to launch biggest satellite in 2023
globalnation ‘Asian hate’ strikes anew: PH diplomat verbally harassed in New York subway
entertainment Jean Garcia declares ‘it’s time to say goodbye’ amid daughter Jennica’s marital woes
newsinfo Robredo urges supporters: Don’t think we’re the only ones who are good
newsinfo Rare earth metals at the heart of China’s rivalry with US, Europe