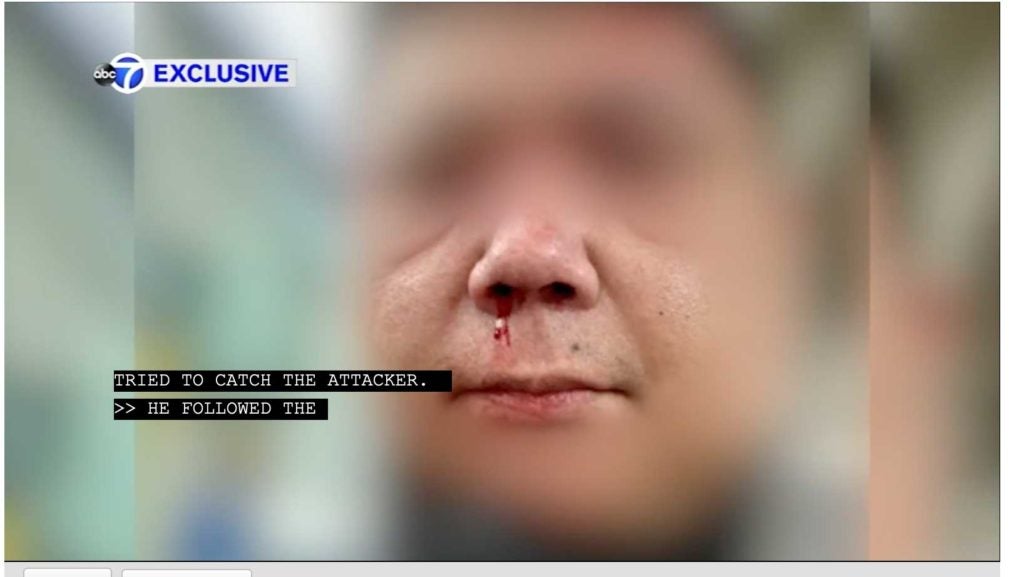 NEW YORK CITY – A Filipino man from Queens, New York was punched repeatedly in the face at a subway station in Manhattan in yet another anti-Asian hate attack.

The 52-year-old Filipino man from Queens, who didn’t wish to be identified, told WABC Eyewitness News that he was attacked Tuesday at about 7:20 a.m. when he got off the Number 6 train at the 103rd street station on the Upper East Side.

A man in front of him, possibly Asian, was being attacked by another man who was yelling, “Go back to where you came from.”

The first victim was able to escape, but the attacker next went for the Filipino and struck him in the face several times, again shouting, “Go back to where you came from.”

“It seemed so random and so sudden,” the victim told WABC Eyewitness News. He said the attacker was young and didn’t seem to be homeless. He did not try to rob the victim who said he seemed mentally ill.

The victim says the suspect appeared relatively young, possibly in his 20s or 30s. He said he didn’t appear homeless, but he did seem to be mentally ill. Police are still investigating.

A witness apparently tried to go after the assailant but lost him. He apologized to the Filipino that he couldn’t do anything more.

The victim told WABC he was not angry, “Just a little worried that something so random can happen. It could happen to anyone.”

LATEST
House ready to work on priority bills to bring back normalcy on economy
Moderna in talks with FDA to expand COVID-19 vaccine pediatric study
Japan women shock undefeated US in 3×3 pool round
Russia approves trials of combined AstraZeneca/Sputnik V vaccine
Zinc and Carbocisteine: Options for this rainy season
MOST READ
usa Fil-Am fencer’s Olympic gold for U.S. a historic first
usa Fil-Am’s historic fencing Gold—are we feeling better yet?
usa VP Leni’s opportunity: Lessons from Laban in ‘78
usa Best fast food breakfast
usa How the Delta variant upends assumptions about the coronavirus
usa How does Zelle work? Should it be your new banking app?