Snatched up in cattle carts and by bus, tens of thousands of indigenous children taken to Canadian residential schools run mostly by the Catholic Church lived a “paramilitary” lifestyle, waking early to pray, waiting rigidly in lines and enduring regular beatings, survivors said.

The experiences of indigenous children, forcibly separated from their families under a government policy later described as cultural genocide, are back in the spotlight after a radar survey uncovered evidence of the remains of 215 children buried in unmarked areas on the grounds of a Western Canadian residential school last month.

The system, which operated between 1831 and 1996, removed about 150,000 indigenous children from their families and brought them to Christian residential schools run on behalf of the federal government.

A Canadian Truth and Reconciliation Commission (TRC) set up to investigate the impact of the residential school system said in 2015 that children were malnourished, beaten and abused as part of a system that it called “cultural genocide.” 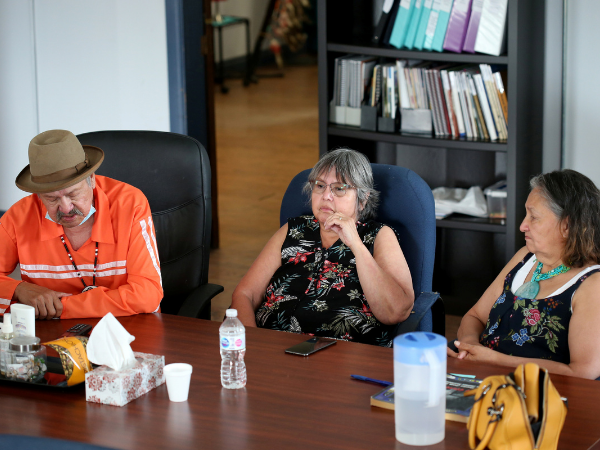 Ernie Daniels, who attended the Portage La Prairie Indian Residential School, participates in an interview along with his sisters, residential school survivors Ruth Roulette and Linda Daniels, on the grounds of the former school which closed in 1975, in Portage La Prairie, Manitoba, Canada June 8, 2021. REUTERS/Shannon VanRaes

Ruth Roulette, 69, who grew up on the Long Plain First Nation reserve in Manitoba, recalls being initially excited to ride in a car for the first time when she and her siblings were taken to the Sandy Bay residential school near Lake Manitoba, Upon their arrival, Roulette and her sisters were separated from their brothers and taken to get their hair cut short.

Indigenous children had their long hair, which often had spiritual significance for them, cut upon arrival and were forbidden from speaking their native languages, according to the TRC. Students were given European names and, often, numbers and uniforms.

On her first day at school, Roulette said, a nun silently handed her a pencil and paper and, when she didn’t respond quickly enough, punched her in the face: “There was blood everywhere. I didn’t know what I did wrong. I just cried and cried, and then I had to clean up all the blood.”

Roulette said she and her friends tried to run away but were caught, beaten and fed carrots for a week – they were told that “people who run away are like rabbits.” 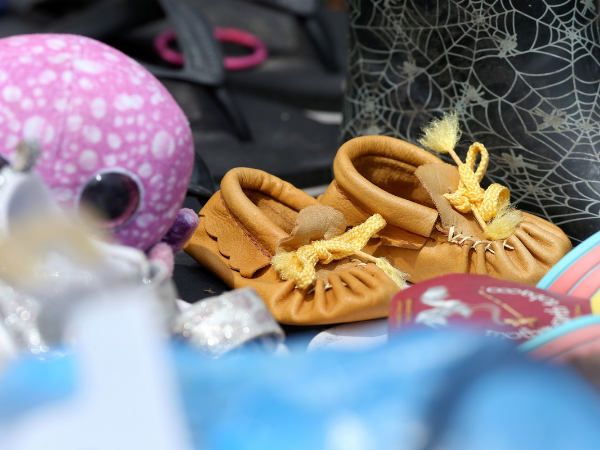 The schools focused on manual skills, teaching boys carpentry and other trades while girls were primed for domestic service. While the schools were touted as the only way for indigenous children to get a formal education, the students also worked, cleaning out manure or feeding animals.

Survivors recalled a regimented lifestyle in which they awoke at 5:30 a.m., attended chapel half an hour later and then began a long day of schoolwork and chores.

Lorraine Daniels, 67, went to three different residential schools in Manitoba and said she learned to follow the crowd in order to remain unnoticed to escape abuse.

Daniels skipped a grade, excelled in sports and went on to earn a master’s degree in Christian educational ministry.

“I kind of had a troubled life after I left,” she said. “I found a church that I liked, and it really helped me get through my troubled years. I lived my Christian life, but I also embraced my culture.

The discovery of the bodies at the Kamloops Indian Residential School in the province of British Columbia has reopened old wounds in Canada about the lack of information and accountability around the residential school system. The school closed in 1978.

On Sunday, protesters in Toronto tore down the statue of Egerton Ryerson, an educator and Methodist minister who was one of the architects of a system that had aimed to assimilate indigenous children so that they would lose their ties to their families and cultures. 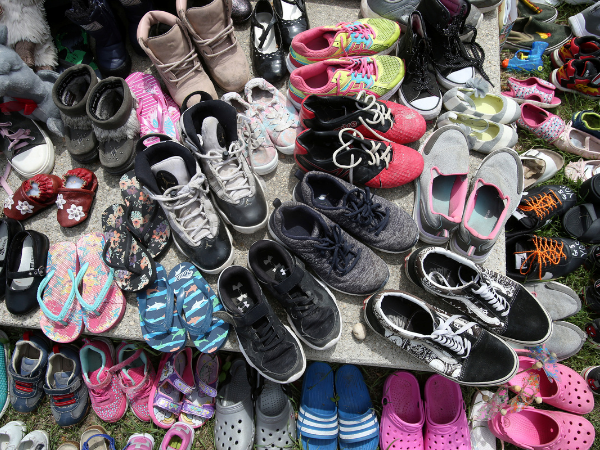 “The violence there was paramilitary, and it was controlled with great strictness,” he said. “Punishment was the way they kept silence and kept order.”

Food was inadequate and inedible, survivors said. Children would try to eat it and throw up, then be forced to eat their own vomit.

“It wasn’t fit for human consumption,” Daniels said. “We were always hungry.”

In 2008, the Canadian government formally apologized for the system. Last week, Prime Minister Justin Trudeau said the Catholic Church must take responsibility for its role in running many of the schools and provide records to help identify remains.

The Church was unquestionably wrong in implementing a government colonialist policy which resulted in devastation for children, families and communities. 5/14

Pope Francis said on Sunday he was pained by the discovery of the remains but did not apologize. Vancouver Archbishop J. Michael Miller, in whose historical archdiocese the Kamloops residential school was located, said in a tweet last week that the Church was “unquestionably wrong” in implementing a policy that resulted in “devastation for children, families and communities.”

The Canadian Conference of Catholic Bishops declined to comment.

Indigenous groups are planning to conduct searches at residential schools across the country, while communities mourn the lives of the 215 Kamloops students whose remains were recently discovered.

“They never got a chance to be children, just like we didn’t get a chance,” Roulette said.