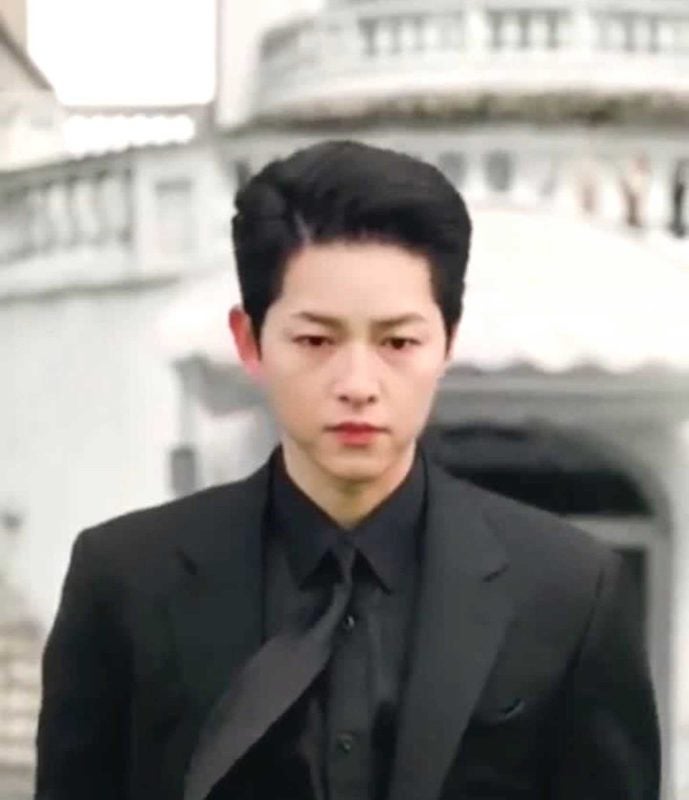 Adolf Hitler and Rodrigo Duterte are historical personalities, both being heads of state, but Vincenzo Cassano is a fictional anti-hero of the hugely popular 2021 Korean drama. With nothing to do with historical facts, Vincenzo nonetheless has something in common with Hitler and Duterte.

First off, the three of them kill and they kill without mercy. Since they have mastered the art of murder, they kill systematically without batting an eyelash. Hitler’s and Duterte’s principal objective is sweepingly simple, that is, to get rid of the perceived “enemies of the state.” Vincenzo’s objective on the other hand is to seek justice for the oppressed and take revenge for the murder of his mother. He confronts his adversaries (the corrupt public officials in cahoots with the wicked management of the Babel Group) by taking the law into his own hands, his eyes glow like flames of fire after obliterating them with ruthless efficiency.

Secondly, the one and only motive why they kill their adversaries is because they consider them as scumbags of the evilest kind or monsters undeserving of life, for which reason Vincenzo describes himself as “a scumbag who cleans up scums.” Vincenzo’s scumbags are Hitler’s Jews and Duterte’s junkies. Hitler insulted the Jews by calling them untermenschen or “subhuman,” while Duterte calls all junkies aso or “dogs.”

The tenants of Geumga Plaza in Seoul proudly think of themselves belonging to the “Cassano Family” and die-hard fans of Vincenzo, whom they deliciously address as “corn salad,” which is actually a funny and distorted pronunciation of the Italian consigliere. This brings me to my third point: The threesome are popular, in fact very popular. Akin to Duterte’s support among the masses, yet in a bigger scale, a million youth were thrilled to acquire Hitler’s 1925 published book entitled Mein Kampf (My Struggle) in addition to the xenophobic voelkisch (people’s) movement which was made up of German scholars, thinkers, and artists. All of them agreed, almost blindly, with Hitler’s theory that the Jewish presence was alien to Germandom.

Fourthly, their method is so strategic. How does Vincenzo make sure that the “monsters” pay the high price for the despicable acts they committed? Well, after unloading his suitcase of mafia-style subterfuges, he goes to the next level and murders them systematically, making it nerve-wracking for the most malevolent.

Finally, a word on one important history lesson. Killings do not solve problems and the hard selling of the culture of death is never an answer to social issues. Hitler’s “final solution to the Jewish Question” is nothing else but genocide and Duterte’s extra-judicial killing (EJK) of the “nanlaban” junkies and pushers in his all-out drug war did not eliminate the perceive untermensch (subhumans) in society.  The shock and awe approach has failed and has failed miserably!

No one wants to call it justice when innocent people and kids are killed as collateral damages of the bloody war on drugs. Ultimately, it appears that what Hitler and Duterte accomplished are crimes against humanity.

After watching the 20 episodes of Vincenzo, I was bothered by the kind of justice that fights perceived evil with evil. The anti-hero takes out his adversaries with a shot to the head or by burning one alive and slowly drilling another to the chest, barely showing any sign of remorse. Brutal killings, even if accomplished by one baby-faced Korean-Italian consigliere dressed in perfectly tailored Booralro suits, can only desensitize the human soul, which is beautiful deep inside.

Vincenzo kills the guilty; Duterte kills both the guilty and the innocent; and Hitler killed the Jews, whose only crime was his own perception of them as being untermenschen. I don’t think the world is a better place to live when a leader like Duterte plays God without divine permission and decides who among his fellow Filipinos should live and who should die.