Reflecting on Our Nation’s Past: The story of the Filipino veterans of World War II

Reflecting on Our Nation’s Past: The story of the Filipino veterans of World War II 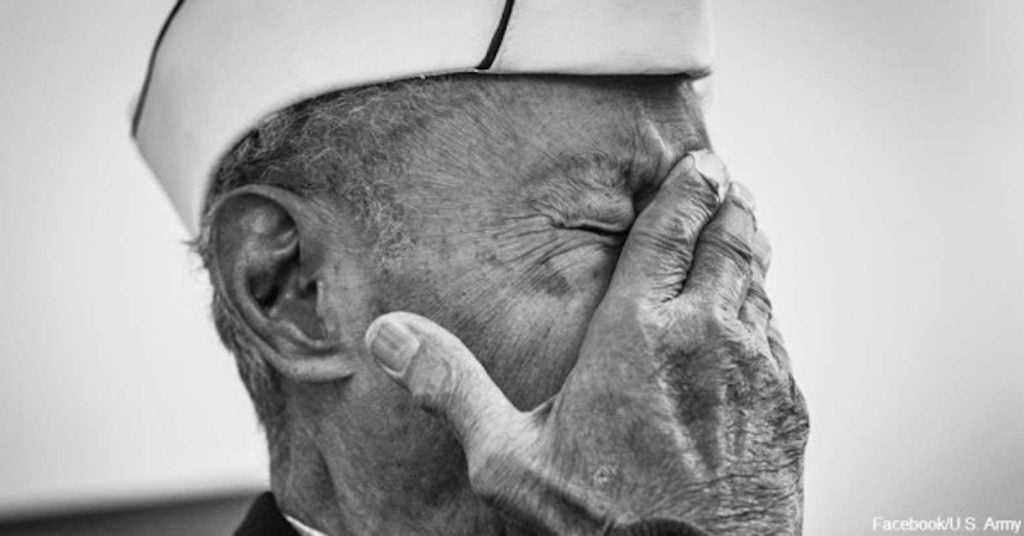 Filipino World War II Veteran Jesse Baltazar, a Bataan Death March survivor, died on April 18, 2016 at the age of 95, a year before Congress passed the Congressional Gold Medal – an honor he waited for more than 70 years but didn’t live to receive it. Photo by the U.S. Army.

Every year, during Asian American and Pacific Islander (AAPI) Heritage Month, we are called to remember and celebrate the many contributions AAPIs have made to this country.

Among these notable contributions were made by Chinese laborers, who laid the tracks for the transcontinental railroad; Filipino farm workers, who tilled fields and harvested crops for America’s food industry; Japanese Americans, who fought bravely abroad in World War II and Filipino soldiers who served in the U.S. Armed Forces. They helped the United States secure a lasting peace throughout the Asia Pacific region and much of the world.

We are also reminded of the AAPI community’s painful chapters in their long history in the United States. After years of back-breaking work building the transcontinental railroad, the U.S. passed the 1882 Chinese Exclusion Act, a racially-motivated measure that unjustly discriminated against Chinese immigrants. In the 1920s, Filipinos were recruited to fill the continuing need for cheap farm labor in the West Coast, only to be subjected to unjust working conditions, prejudice, discrimination and senseless violence. The internment of 120,000 Japanese American families at the outbreak of World War II and their forced incarceration in concentration camps was a shameful wrong and a blatant violation of the U.S. constitution.

In that same war, more than 260,000 Filipinos paid the ultimate sacrifice serving under the American flag. But when the war was over, a victorious United States forgot all about their service and sacrifice and their valiant defense of democracy. Instead of being recognized, they were stripped of their honor and dignity when Congress passed the 1946 Rescission Act, which deprived them of their rightful status and benefits.

To her credit, the United States has tried to make amends. The Civil Liberties Act of 1988 granted reparations to Japanese Americans who had been interned, with an apology by the United States that its actions had been based on “race prejudice, war hysteria, and a failure of political leadership.” The Civil Liberties Act and the Chinese Exclusion Act’s repeal in 1943 are milestones that helped mend deep wounds of systemic discrimination. Filipino World War II veterans thank Sen. Daniel K. Inouye for championing their cause in Congress at a “Day of Valor” commemoration on April 2013 at the National World War II Memorial.

In 2011, nearly a century later, the California State Legislature passed a resolution apologizing to Filipino Americans in California for “fundamental violations of basic constitutional and civil rights through de jure and de facto discrimination committed during the 1920s through the 1940s.” The Legislature further expressed “its regret for the suffering and hardship those individuals and their families endured as a direct result of governmental actions taken because of the state’s various policies and laws that it had enacted.”

Seventy-five years after the United States entered World War II, Filipino Veterans finally received national recognition on October 25, 2017, when they were awarded the Congressional Gold Medal  – the highest civilian honor the United States can bestow. During the ceremony, U.S. House of Representatives Speaker Paul Ryan said, “This is a day that is long, long overdue.” In his remarks, Senate Democratic Leader Chuck Schumer said: “It is a mark of a confident and exceptional nation to look back on its history and say we made a grievous error, but we recognize it and pledge never to let it happen again. I’m especially proud to be an American today as Congress rights a decades-old wrong and bestows the highest civilian honor on the Filipino veterans of the Second World War, enshrining in the history books their courage and sacrifice on behalf of a grateful nation.” 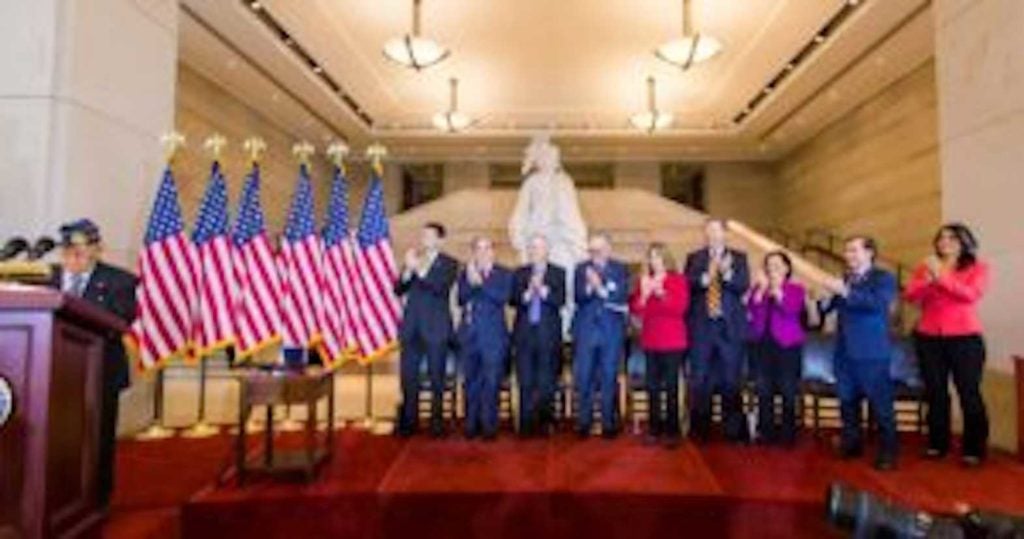 Congressional leaders give a standing ovation to Filipino World War II Veteran Celestino Almeda who received the Congressional Gold Medal on behalf of his comrades, at an awards ceremony on Oct. 25, 2017.

The few surviving Filipino World War II veterans who have lived to see this day are of course grateful for this long delayed recognition. Despite the pain of humiliation, they remain loyal to America and faithful to its values and ideals. At a 1998 Congressional hearing that raised their hopes for equity and justice, only to be dashed by a vote of rejection, Filipino veterans and their families still found it in their hearts to sing “God Bless America.”

The long march to redemption

The Rescission Act, passed by Congress on February 18, 1946, was a broken promise and will remain an ugly stain on America’s history unless it is repealed.

When they were sworn to serve in the U.S. Armed Forces,  260,000 Filipino soldiers fought side by side with Americans on the battlefield and marched together to prisoner of war camps. They were promised the same health and pension benefits as their American brothers. Even after the war, Gen. Omar Bradley, then Administrator of the Veterans Administration, reaffirmed that they were to be treated like any other American veterans.

But the Rescission Act, signed by President Truman as Public Law 70-301, said that the service of Filipinos “shall not be deemed to be or to have been service in the military or national forces of the United States or any component thereof or any law of the United States conferring rights, privileges or benefits.”

This unconscionable act of Congress, which has persisted for 75 years, amounted to discrimination and injustice against thousands of Filipinos who fought and died under the American flag without compensation. During the war, 57,000 soldiers were killed in action, thousands more wounded or missing. The sad course of the Rescission Act left hundreds of thousands of veterans to die poor, destitute and forgotten, without knowing if they will ever be honored and compensated for their wartime service.

It is time to repeal the Rescission Act. It is the right time to correct a historic mistake upon thousands of Filipino WWII soldiers who gave their lives and limbs in a winning war in the Philippines over a brutal enemy; to restore upon them the honor, respect, and dignity they earned in war. They deserved nothing less.

This month, we honor the brave men and women who have defended the United States in order to build a better life for all Americans. This year is also the 75th anniversary of US-Philippine diplomatic relations – enduring links between two countries. It is a reminder of their shared history in meeting the challenges of mutual defense and security and building a future based on common values. 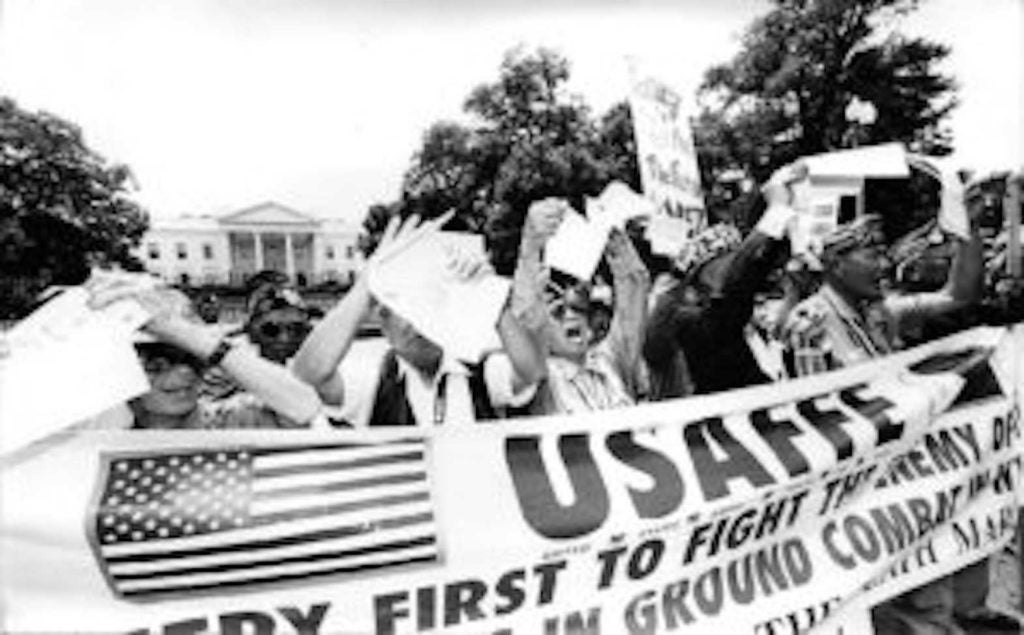 But for America to move forward, it must acknowledge its past wrongs and broken promises. It has done so with the Civil Liberties Act of 1988 and the repeal of the Chinese Exclusion Act in 1943.

It can also do the same with the repeal of the 1946 Rescission Act – a positive step in correcting a historic mistake and restoring the honor and dignity to the Filipino soldiers and guerrillas. They deserve no less for their selfless sacrifice and faithful service to the United States.

For the estimated 10,000 Filipino veterans who are still alive today in the U.S. and Philippines, they are looking to America to lift a heavy burden over their legacy as soldiers of the U.S. Army.

Repeal of the act will further strengthen the deep ties between the Philippines and United States, and the bilateral alliance forged in fire and blood. It is an undeniable fact that the U.S. Armed Forces cannot defend our country at home and abroad without the presence and loyal service of people of color in its ranks.

Our country is in a midst of a national reckoning in promoting racial equality, tolerance and understanding to acknowledge and respect the loyalty of U.S. nationals and immigrants. In this light, it is encouraging to hear President Biden’s call for our nation “to deal with systemic racism” and “to deal with the denial of the promise of this nation.” He has further reminded the American people to “reflect on the nation’s past” as “there’s much to repair, and much to restore.”

In calling on Congress to repeal the Rescission Act, Maj Gen. Antonio Taguba (Ret), Chairman of the Filipino Veterans Recognition & Education Project (FilVetREP) says “it’s to America’s interests to close this unknown dark chapter in our nation’s history, repudiate the injustice these veterans have suffered for 75 years, and heal the indignation, pain, and sorrow they endured over a lifetime.”

The Filipino Veterans Recognition and Education Project (FilVetREP), is a nonpartisan,501(c)(3) tax-exempt, community-based, all-volunteer national initiative whose mission is to obtain national recognition of Filipino and American WW11 soldiers across the United States and the Philippines for their wartime service to the U.S. and the Philippines from July 26, 1941 to December 31, 1946. For more information about Filipino WWII veterans and how to get involved, visit our website at www.filvetrep.org or find us on Facebook or Twitter