President Joe Biden marked the sixth anniversary on Sunday of his son Beau’s death with a visit to his grave site and a speech about grief to military families and veterans, on the eve of the Memorial Day holiday commemorating the country’s military dead.

Biden and his wife, Jill, visited Beau Biden’s grave in Delaware and attended church at the cemetery in the president’s home state on a cold, overcast day.

The president spoke later to military families and veterans at Veterans Memorial Park about his loss, and theirs. 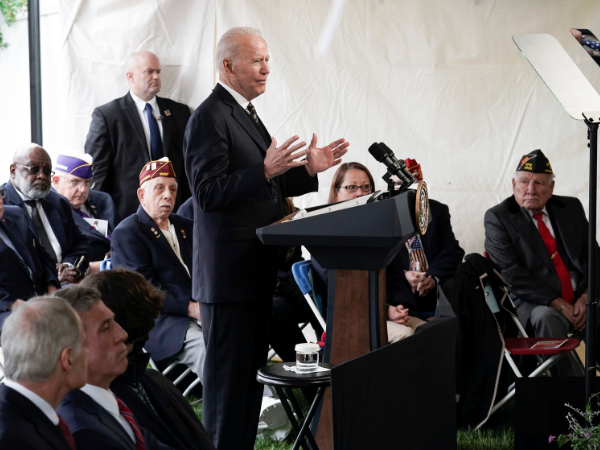 “As many of you know, this is a hard day for us. Six years ago today, Hunter lost his dad and I lost my son,” Biden said, referring to his grandson Hunter, who was also in attendance.

“The moment that we celebrate it is the toughest day of the year. We’re honored, but it’s a tough day. It brings back everything,” he said. 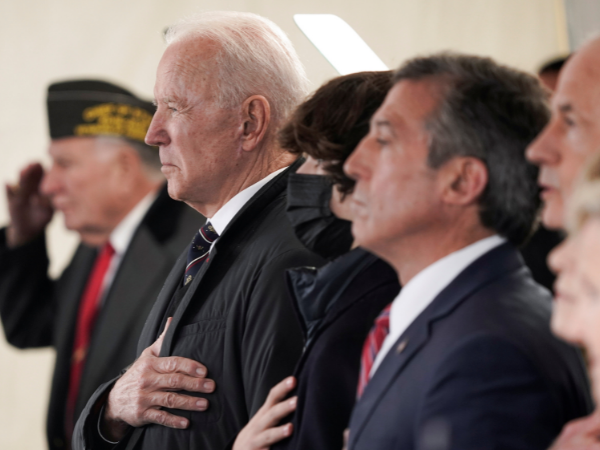 Beau Biden had served a year-long tour in Iraq as a member of the Delaware Army National Guard, and the president has speculated that toxins from military “burn pits” used to dispose waste there may have caused the cancer.

“Thank you for allowing us to grieve together today,” Biden told the crowd, which included people who lost an immediate relative in military action, and veterans.

“I know how much the loss hurts,” Biden said. “I know nothing I can say to ease the pain. I just know that each year it gets a little bit – a little bit easier.”

Memorial Day, established after the U.S. Civil War in the 1860s, is marked by laying flowers and American flags on the graves of the military dead. 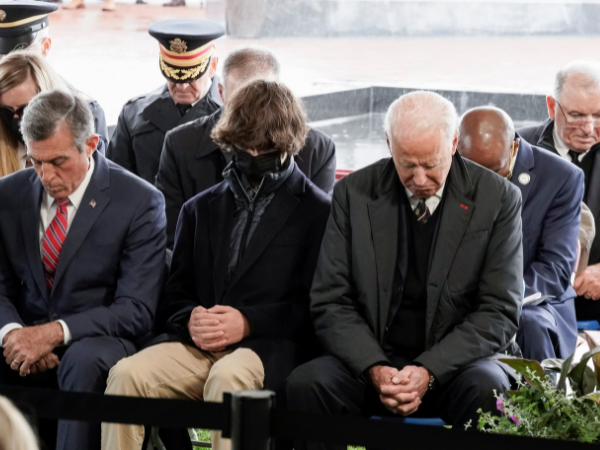 Biden plans to return to Washington on Monday to lay a wreath at the Tomb of the Unknown Soldier at Arlington National Cemetery in Virginia.