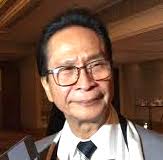 Powerful opposition indeed greeted Lopez’s appointment by President Rodrigo Duterte as secretary of the Department of Environment and Natural Resources.

Only once during an INQUIRER.net interview at the headquarters of Seacology–a nonprofit conservation organization that tries to preserve the habitats and cultures of islands around the world–did a cheery Lopez betray any lingering bitterness over her dust-ups with the Senate Commission on Appointments, which eventually rejected her appointment.

Seacology gave Lopez this year’s Seacology Prize, a 27-year-old award that honors with a $10,000 endowment someone who has shown exceptional achievement in preserving island environments and culture.

“Gina Lopez has shown the vision and courage the Seacology Prize is meant to honor,” said Seacology’s Executive Director Duane Silverstein in a press statement. “She has fought for the Philippines environment and to give island communities there a voice in the decisions that affect their natural resources and their lives.”

Lopez has been an outspoken environmental activist for 15 years, an advocacy that started with her successful effort to save the La Mesa Watershed followed by her drive to clean up 17 badly polluted Pasig River and its urban tributaries. Lopez facing an unfriendly Commission on Appointments in the Philippine Congress. INQUIRER FILE

But her biggest battles have been with the mining industry, especially its heavily polluting open-pit mines. These operations have been accused of irreversibly destroying natural landscapes, fouling up water tables, rivers and the open sea and ultimately ruining agriculture and fishing-based local economies.

Upon her appointment as environment secretary Lopez completely banned mining anywhere on Palawan, audited all mines, voided environmental certificates from most of them, and closed 23 of the country’s 41 mines. This incurred the ire of Commission on Appointment members who have ties to the industry.

Lopez maintains, however, that her relations with the Duterte administration were, and remains, friendly “except for a couple of people in the administration” linked to mining. She doesn’t believe Duterte threw her under the bus by not lobbying strongly enough for her appointment.

“From the time he appointed me there was already a lot of opposition. But every time I was bypassed by the commission the president reappointed me. He even mentioned me in his State of the Nation Address. But he is surrounded by people in the mining industry. In the end he decided to just let the process take its course rather than create more friction.”

The commission later voted in Roy Cimatu, whom Duterte chose to replace Lopez.

“I wish him well,” she said, “and I deeply hope that any decision he makes will ALWAYS consider the benefit of the people, that he takes on what I started which is the thrust for green development. Why would people care about their environment if they don’t benefit from it?”

Cimatu will co-chair the Mining Industry Coordinating Council (MICC), which is now in charge of overseeing the industry, with finance secretary Carlos Dominguez.

“Just hope they don’t reverse the closure of the open-pit mines. But Cimatu is a former military man. I think as a soldier he will carry out the President’s order to ban open pit mines,” she stated, perhaps more as a wish than a certainty. Under Cimatu, DENR’s Mines and Geosciences Bureau has proposed to lift the ban on open-pit mining.

Lopez admits she had invested much hope in her erstwhile appointment as environment secretary. “You know the DENR has so much money – 26 billion pesos. You can do a lot with that money in helping our people. We shouldn’t be a poor country. We’re the center of biodiversity. We have a lot of natural wealth and our people can make a living from a green economy.”

Deprived of any governmental clout, Lopez has turned her attention to a civic initiative she calls I LOVE, for Investments in Loving Organizations for Village Economies (“Does it sound like Imelda Marcos, ba? It just means empathy. What empathy does she have, she destroyed human rights?”).

Lopez raises money for the campaign from crowdfunding and corporate donations to invest in community enterprises based on ecotourism and renewable natural products. She says the Seacology prize money will go to I LOVE.

“A green economy, building green businesses at the grassroots level is the way to lift Filipinos out of poverty. It is absolutely the way to go, absolutely,” she stressed.

Has she considered running for office in pursuit or her cause? “I have been asked many, many, many times. But I’m not good at law. Besides it’s boring. I am more of a doer.”