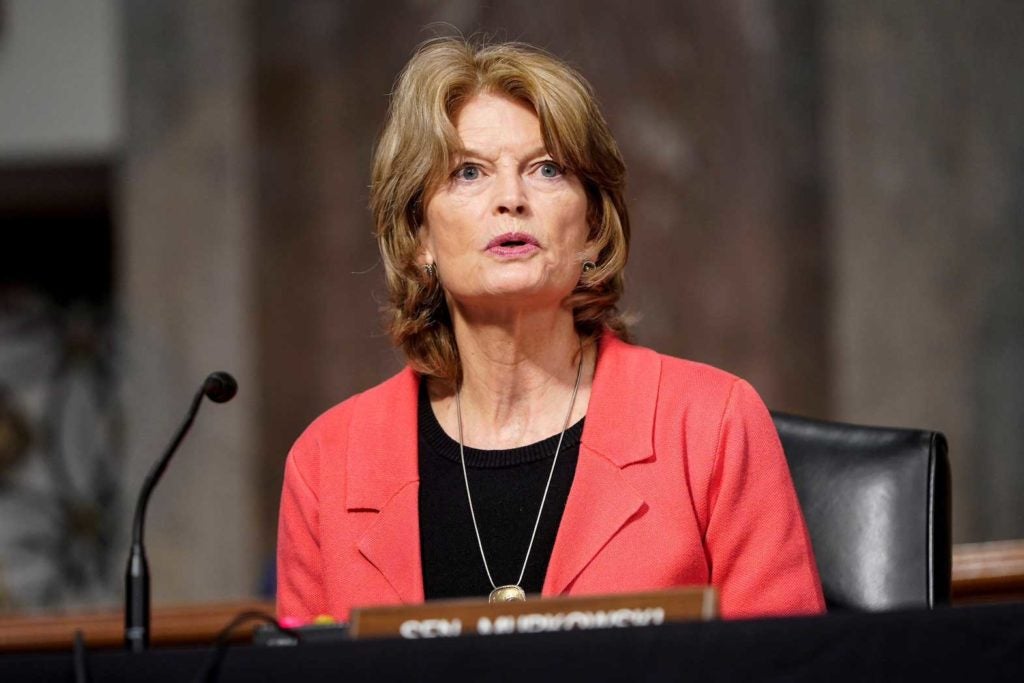 Senator Lisa Murkowski (R-AK) speaks during a hearing of the Senate Energy and Interior Committee advancing the nomination of Deb Haaland to be Secretary of the Interior on Capitol Hill in Washington, U.S., March 4, 2021. REUTERS/Joshua Roberts/File Photo

Democrat Joe Manchin and Republican Lisa Murkowski noted in a letter that the Voting Rights Act of 1965, which outlawed discriminatory voting practices, was last reauthorized in 2006 with a bipartisan Senate vote of 98-0.

The U.S. Supreme Court struck down a key portion of the Voting Rights Act in 2013, saying that Section 4, the formula used to determine which states and localities were subject to additional federal scrutiny, was outdated.

“Protecting Americans’ access to democracy has not been a partisan issue for the past 56 years, and we must not allow it to become one now,” Manchin and Murkowski wrote.

Democrats, who hold narrow majorities in both houses of Congress, have passed a sweeping electoral reform bill in the House of Representatives. Manchin rejected that bill as too broad, although even with his support, the measure would likely fall short of the 60 votes it would need to pass the 100-seat Senate.

Murkowski said she had not received much reaction from other Republicans about the statement.

Republican Senator Roy Blunt, who is retiring at the end of his term in 2022, told reporters he thought some Republicans could support voting-rights legislation, although it would be important to look at the formula determining how jurisdictions qualified for additional scrutiny. He said he would be willing to participate in those talks.

Four Republican-led states, including Georgia and Florida, passed measures this year https://cn.reuters.com/article/us-usa-politics-voting-factbox/factbox-republicans-erect-voting-barriers-across-u-s-battleground-states-idUSKBN2CT2JO that voting rights activists say disproportionately burden or discourage voters of color, as well as the elderly and disabled. Similar measures are pending in several other states.

The lawmakers driving those measures often cite as a justification former President Donald Trump’s false claims that the 2020 election was marred by widespread voter fraud.

That claim was widely rejected by numerous courts, state election officials and officials in Trump’s own administration.

Jon Greenbaum, chief counsel and senior deputy director of the Lawyers’ Committee for Civil Rights Under Law, an organization that fights voter suppression, said of the Manchin-Murkowski letter: “Generally speaking, this is a positive step.”

Democrats later this year are expected to reintroduce the John Lewis Voting Rights Advancement Act, which reinstates Section 4 of the 1965 Voting Rights Act and updates the formula for which jurisdictions are covered.

“Getting agreement, getting more Republican support and getting something by the court that would pass muster, I think those are all very high hurdles,” said John Fortier, a scholar at the American Enterprise Institute think tank.