UN honors hundreds of staffers, including 3 Filipinos, taken by Covid

UN honors hundreds of staffers, including 3 Filipinos, taken by Covid 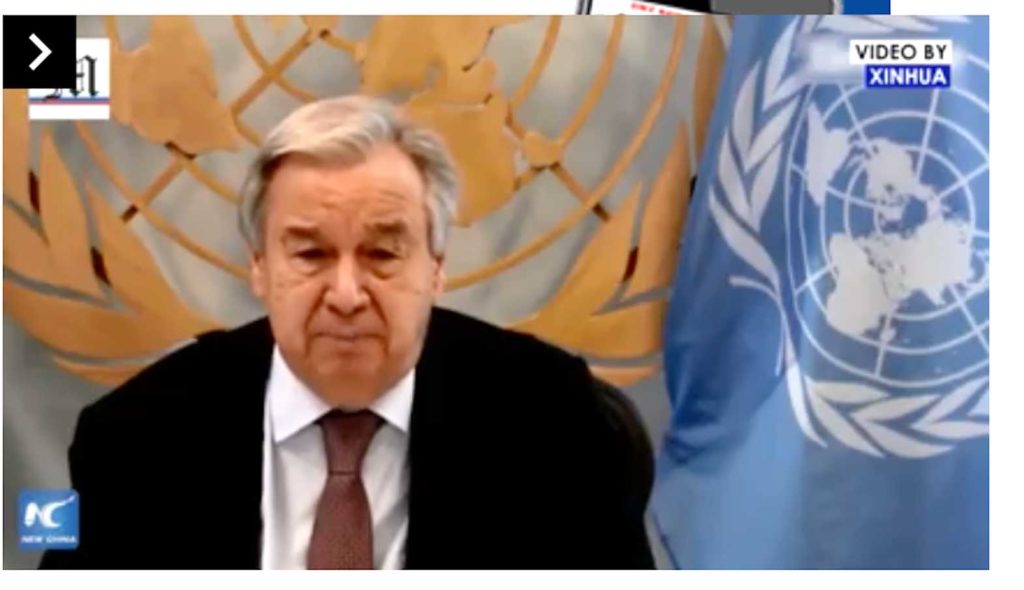 UN Secretary General Antonio Gutteres honoring 336 UN personnel from 82 UN Member States, including civilian, military and police, paid the ultimate sacrifice in the service of peace or in COVID-19 related circumstances in 2020. SCREENSHOT

NEW YORK – Three Philippine UN Staff Members who lost their lives in the line of duty were among those honored by the United Nations Secretary-General during the Annual Memorial Service held virtually at the United Nations Headquarters in New York on May 6.

UN Secretary-General António Guterres reported that 336 UN personnel from 82 UN Member States, including civilian, military and police, paid the ultimate sacrifice in the service of peace or in COVID-19 related circumstances in 2020, the highest number of UN personnel fatalities recorded in UN history.

“Those dear colleagues were a reflection of the diversity and richness of experience of the United Nations,” he said.

Under-Secretary-General Atul Khare of the UN Department of Operational Support (DOS) also stated that the live event provided an opportunity for families and colleagues, around the world, to gather and remember their loved ones. “Our fallen colleagues will be more than ever united in our hearts and we offer our love and prayers to their families and friends,” he said.

Attending the event virtually, Ambassador Enrique Manalo, Permanent Representative of the Philippine Mission to the United Nations, said “the Philippines is grateful for the remarkable work of these Filipinos in the United Nations and for their sacrifices.” He said “their legacy and dedication will serve as an inspiration for all of us.”