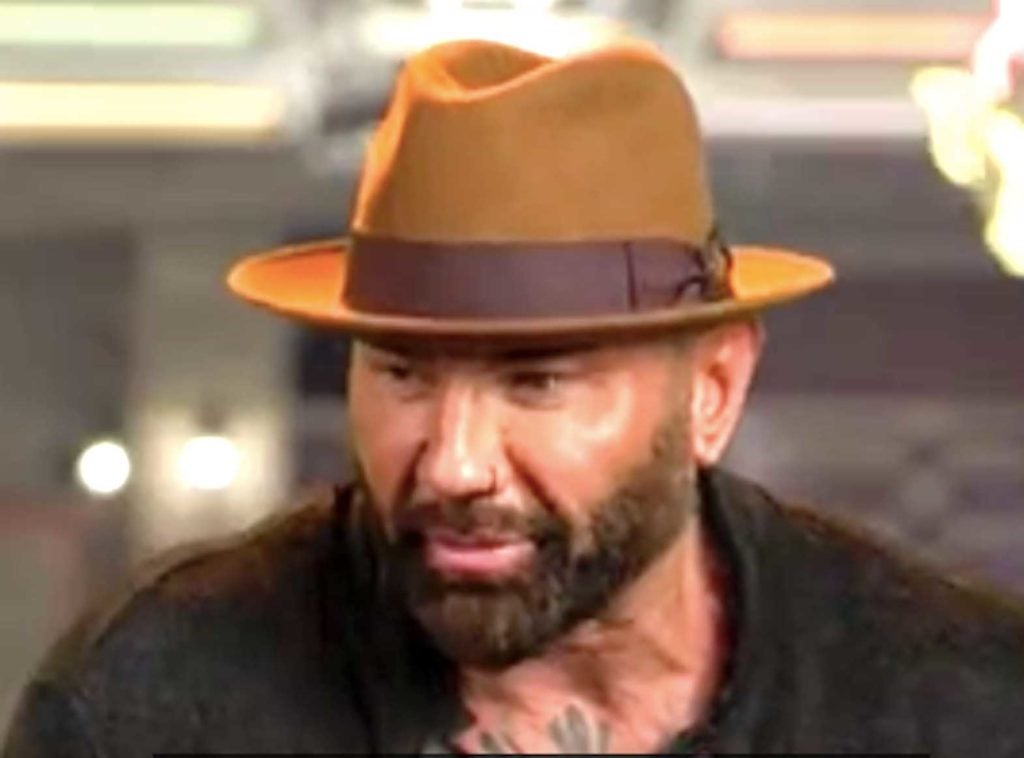 Bautista has been openly criticizing people like Fox News’ Tucker Carlson and others who fan the flames of racial hatred, but he believes those voices are in the minority. SCREENSHOT

Bautista was angered by the increase in anti-Asian violence throughout the U.S.

“I just don’t get prejudice, I don’t get bigotry,” he said. “I wasn’t raised with it — it’s so foreign to me. I don’t understand why people are so hateful over such superficial things.”

Bautista has been plugging his starring role in Zack Syder’s upcoming zombie-heist movie “Army of the Dead.”

He hopes his portrayal of an Asian-American action hero can inspire: “I have a whole new sense of pride of this role.”

Bautista has been openly criticizing people like Fox News’ Tucker Carlson and others who fan the flames of racial hatred, but he believes those voices are in the minority.

“There are more people pushing back than there are people who want to be stuck in the past — it’s just that the people that are hateful and express bigotry are loud and aggressive,” Bautista explained.