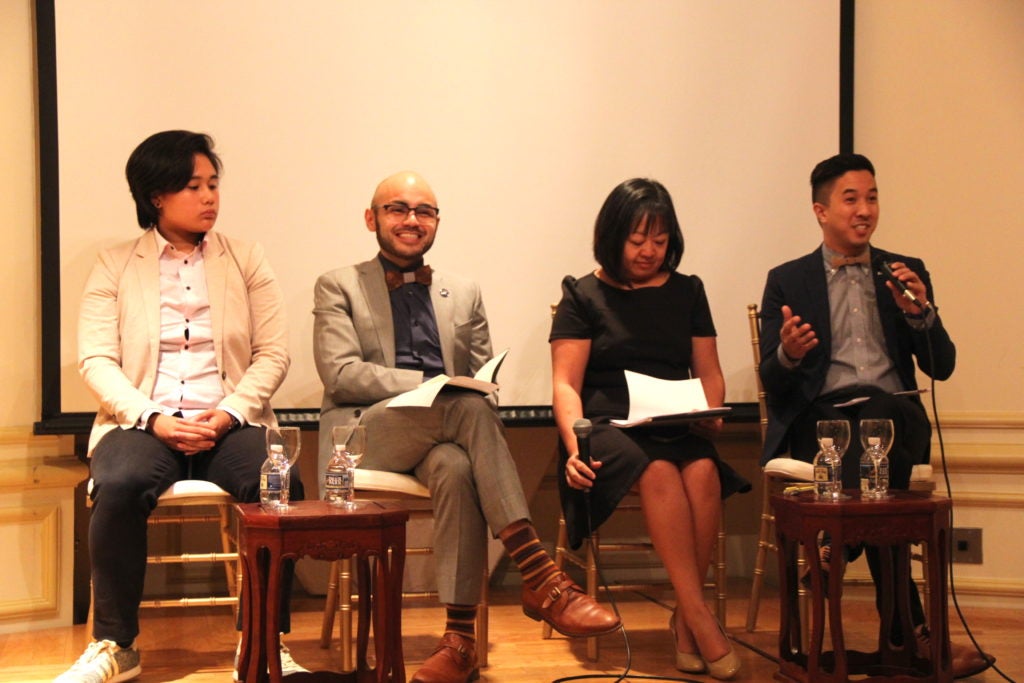 Panel of speakers, from left: Reg Ledesma; Gregory Cendana, board member of United We Dream; Marita Etcubañez of the Asian Americans Advancing Justice; and Jason Tengco of the National Federation of Filipino-American Associations (NaFFAA). CONTRIBUTED

WASHINGTON, DC – A Talakayan sa Pasuguan, or Town Hall meeting, on the Deferred Action for Childhood Arrivals (DACA) kicked off the commemoration Filipino American History Month on October 2 at the Romulo Hall of the Philippine Embassy.

The Embassy, in partnership with the National Federation of Filipino American Associations (NaFFAA), hosted the event.

The Trump Administration announced September 5 the rescission of the Deferred Action for Childhood Arrivals, which is covered by an executive order issued by former President Barack Obama in 2012 to protect undocumented immigrant children from deportation.

The DACA program provides temporary legal status that allows qualified undocumented immigrant children from the Philippines and other countries to stay, study and work in the United States.

To initiate an orderly wind-down of DACA, the US Department of Homeland Security has prescribed that recipients whose DACA and work authorization expire between 05 September 5, 2017 and 05 March 2018 have until October 5 to properly file their renewal requests. 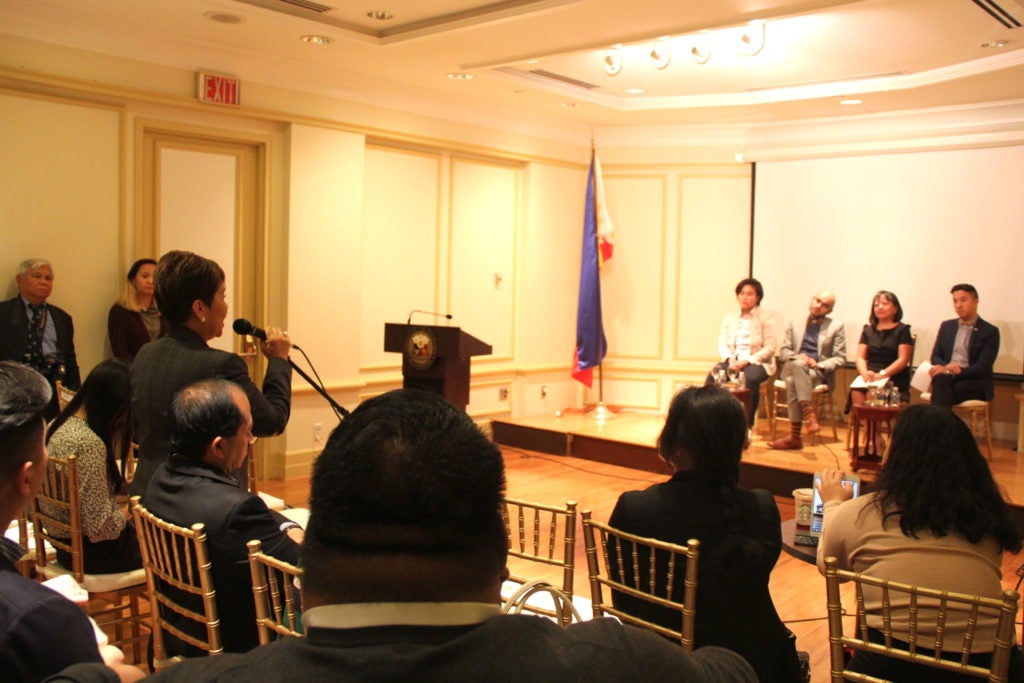 Panelists field questions from the audience during the Talakayan sa Pasuguan on the Deferred Action for Childhood Arrivals (DACA) held on October 2 at the Philippine Embassy in Washington, DC. CONTRIBUTED

As of March 2017, about 4,600 Filipino nationals had been accepted into the program.

“The security and opportunity afforded to DACA recipients is a true representation of the American Dream,” said NaFFAA national chairman Brendan Flores in a statement.

He said further, “Eliminating DACA protections unjustly rips away the ladder of opportunity for hard-working people, divides families, and pushes immigrant communities back into the shadows. NaFFAA stands in solidarity with diverse community organizations fighting for the nearly 800,000 young individuals – including nearly 5,000 Filipinos — who have benefited from DACA so that they can reach their full potential.”

Reg Ledesma, a sophomore at the University of Maryland College Park and DACA beneficiary, shared her experience in growing up as an undocumented immigrant and being able to obtain a scholarship and college education through DACA.

A panel discussion moderated by NaFFAA Executive Director Jason Tengco followed the testimonial. The panel was composed of Reg Ledesma; Marita Etcubañez, Director of Strategic Initiatives for Asian Americans Advancing Justice (AAJC); and Gregory Cendana, a member of the Board of United We Dream. 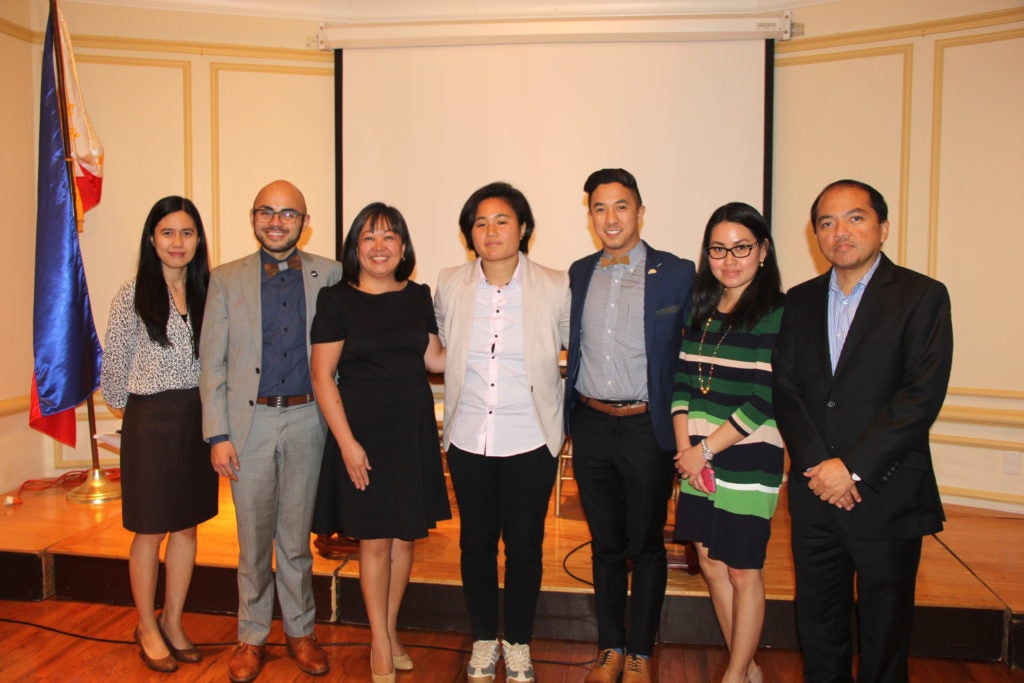 Panelists discussed the implications of the rescission for the individuals currently enrolled in the program, the available resources for those affected and interested in doing advocacy work on the issue, and the various strategies to push for the passage of a “clean” Development, Relief and Education for Alien Minors Act (DREAM Act) that would support a pathway to citizenship for undocumented immigrant youth.

It was stressed during the discussion that DACA is a temporary measure that does not lead to citizenship, and that a permanent solution, ideally within a framework of comprehensive immigration reform, is urgently needed.

NaFFAA Executive Director Jason Tengco stated, “The Administration’s decision to rescind DACA is a major setback to the 800,000 young individuals who have benefited from the program’s protections. DACA recipients are American in every sense of the word, except for their paperwork, and we should allow them to thrive and build lives here in the United States. Now is the time to take our fight to Capitol Hill, and NaFFAA renews its call for Congress to pass the DREAM Act and comprehensive immigration reform that unites families, rather than divides them.”

Marissa Usman, Chairman of the Board of the Philippine Nurses Association of Metropolitan DC, read the position statement of the Association of America (PNAA) on DACA.

“PNAA understands the psychological, behavioral and mental health repercussions that could affect children and families impacted by ending DACA…. As contributors to the American healthcare system, we are firmly committed to protecting the rights of the 800,000 immigrant individuals,” the statement read partly.

The video recording of the Talakayan is available for viewing on NaFFAA’s Facebook page.​