Bitcoin was heading on Friday for its worst week since February, while dogecoin leapt by a quarter, as the latest tweets on cryptocurrencies from Tesla boss Elon Musk sent the digital coins on a wild ride.

Cryptocurrency markets have gyrated to Musk tweets for months, with his comments on dogecoin – a token started as a joke that has scant practical use – fueling a hundred-fold rally this year.

Musk knocked bitcoin this week after tweeting that Tesla would stop accepting it for payment owing to environmental concerns.

Dogecoin has climbed about 25% after Musk’s latest tweet, according to Coin Gecko, and was last at $0.52, down from its record $0.73 hit last week. 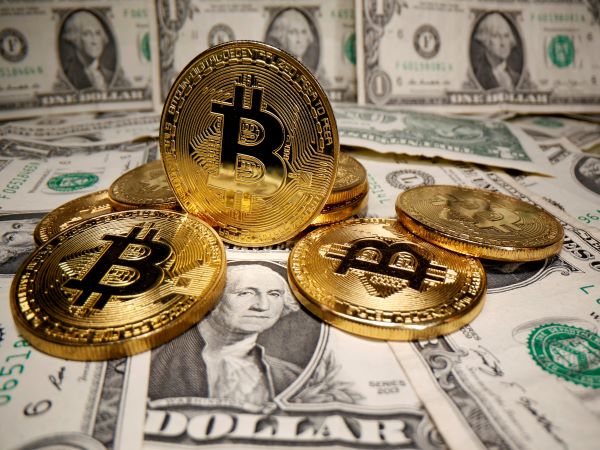 Representations of virtual currency Bitcoin are placed on U.S. Dollar banknotes in this illustration taken May 26, 2020. REUTERS/Dado Ruvic/File Photo

It was unclear if Musk was referring to efficiency in terms of energy, ease of use or suitability as a currency, said Mark Humphrey-Jenner, associate professor of finance at the University of New South Wales.

Dogecoin consumes 0.12 kilowatt hours of electricity per transaction compared with 707 for bitcoin, according to data center provider TRG.

The token, whose logo features a Shiba Inu dog, has surged this year to become the fourth-largest cryptocurrency with a total value of $68 billion, according to Coin Market Cap.

Few major companies accept Dogecoin for payment, and its supply is unlimited.

How to Convert Dogecoin to USD

In contrast, bitcoin’s gains this year have been fueled by growing mainstream adoption for payment, as well as a store of value given its limited supply.

“Dogecoin remains a lesson in greater fool theory,” said David Kimberley, analyst at investing app Free trade, which posits that buying overpriced assets can be profitable, so long as there is a “greater fool” to buy them.

MOST READ
usa The iPod Discontinued By Apple After 20 Years
usa First Fil-Am on San Francisco Police Commission sworn in
usa Elon Musk Twitter Takeover ‘On Hold’ Due to Report of Fake Accounts
usa Covid symptoms linger two years for some
usa What parents need to know about the current infant formula shortage in America
usa Hospital ship USNS Mercy leaves San Diego for aid mission in Pacific
DID YOU KNOW?
The 12 Best Lat Exercises for Muscle Growth
Countdown to summer: tips for learning how to surf
User Guide: How to Track a Lost iPhone
The Best Filipino Food to Try When Visiting the Philippines
Water Filter Pitcher: The secret to having clean water at home
Top 15 Most Beautiful Flowers in the World