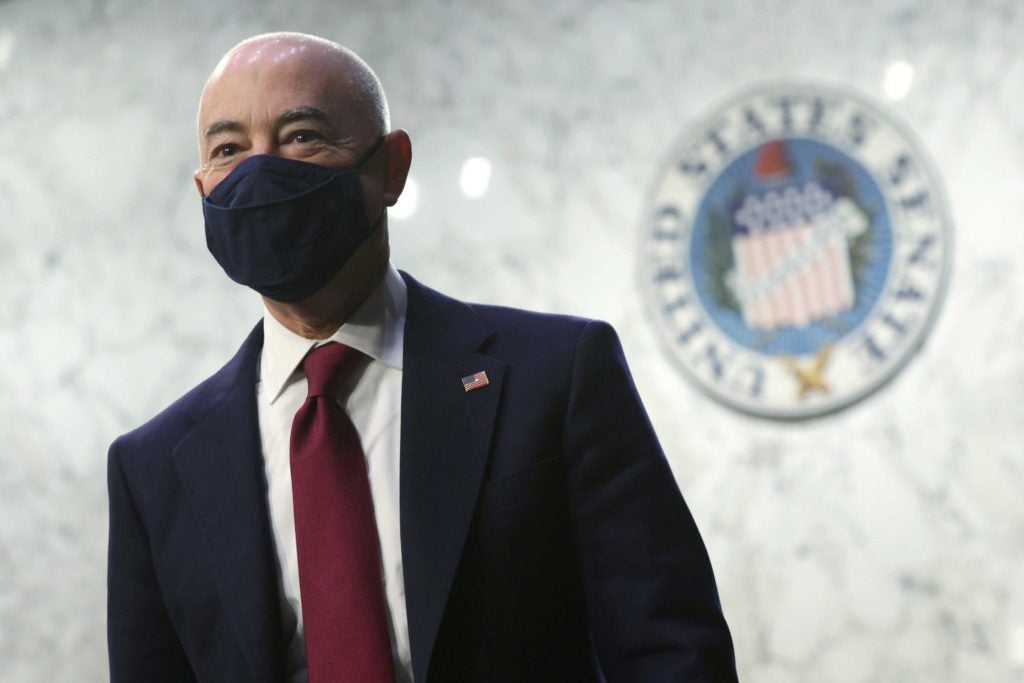 U.S. Homeland Security Secretary Alejandro Mayorkas looks on during a break of a hearing on “Domestic Violent Extremism in America.” before the Senate Appropriations Committee on Capitol Hill in Washington, U.S., May 12, 2021. Alex Wong/Pool via REUTERS

WASHINGTON – The top U.S. homeland security official said on Thursday the Biden administration still faced challenges on the U.S.-Mexico border but that it had made extraordinary efforts to move unaccompanied migrant children out of crowded border stations.

Federal authorities have reduced the number of unaccompanied children in border stations from a peak of 5,700 in late March to under 500 this week, Homeland Security Secretary Alejandro Mayorkas said in opening remarks at a congressional hearing.

“The challenge is not behind us, but the results are dramatic,” Mayorkas said.

Biden, a Democrat who took office on Jan. 20, moved to swiftly reverse some of the restrictive immigration policies of his Republican predecessor, former President Donald Trump. But his administration has struggled with a sharp rise in migrants arriving at the U.S.-Mexico border, a situation Republicans blamed on his more liberal policies and which he blames on Trump dismantling vital infrastructure to process border crossers.

About 173,000 migrants were apprehended at the southwestern border in April, the highest monthly level in 20 years.

The increased arrivals overwhelmed border stations and processing centers in March and April, with hundreds of children kept at times beyond the legal limit of 72 hours.

Mayorkas will likely face pointed criticism on Thursday from Republicans, who have sought to make border security a central political issue as they aim to take control of Congress in the 2022 elections.