WHO recommends how we can stop the next pandemic

WHO recommends how we can stop the next pandemic

A new global system should be set up to respond faster to disease outbreaks, which could ensure that no future virus causes a pandemic as devastating as COVID-19, an independent World Health Organization review panel said on Wednesday.

The experts found crucial flaws in the global response in early 2020 – including a delay in declaring an emergency, a failure to impose travel restrictions and an entire “lost month” when countries neglected to respond to warnings – that let the virus quickly spread into a catastrophic pandemic.

To address those problems, the WHO should be given the power to send investigators swiftly to chase down new disease outbreaks, and to publish their full findings without delay.

“It is critical to have an empowered WHO,” panel co-chair and former New Zealand Prime Minister Helen Clark told reporters on the launch of the report “COVID-19: Make It the Last Pandemic”. 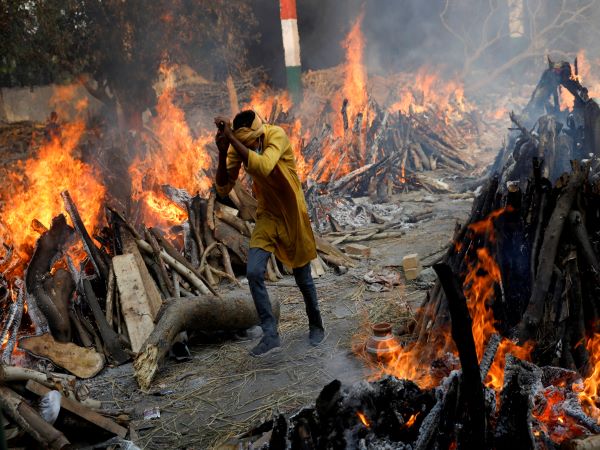 A man runs past the burning funeral pyres of those who died from the coronavirus disease (COVID-19), during a mass cremation, at a crematorium in New Delhi, India April 26, 2021. REUTERS/Adnan Abidi

Co-chair Ellen Johnson Sirleaf, a former president of Liberia, said: “We are calling for a new surveillance and alert system that is based on transparency and allows WHO to publish information immediately.”

Health ministers will debate the findings at the WHO’s annual assembly opening on May 24. Diplomats say the European Union is driving reform efforts at the U.N. agency that will take time.

“We look forward to working with our member states to discuss the recommendations of this panel and the other committees to build a stronger WHO and a healthier, safer, fairer future for all of us,” WHO Director-General Tedros Adhanom Ghebreysus said.

Looking back at the early days of the pandemic, the experts noted that Chinese doctors had reported cases of unusual pneumonia in December 2019. The WHO picked up reports from the Taiwan Centers for Disease Control and others.

But when the WHO’s Emergency Committee met on Jan. 22, it stopped short of declaring an international health emergency. That declaration did not come until eight days later, costing crucial time.

The committee, acting under the WHO’s International Health Regulations, also declined to endorse international travel restrictions, which would have slowed the spread of the virus. The experts said those guidelines need to be changed. 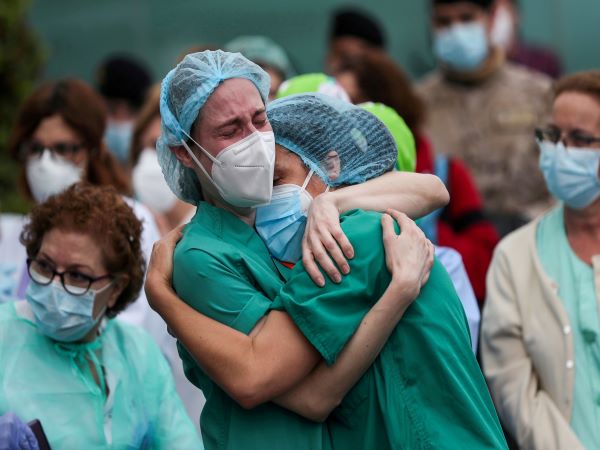 Health workers wearing protective face masks react during a tribute for their co-worker Esteban, a nurse who died of complications related to COVID-19 outside the Severo Ochoa Hospital, during the coronavirus disease (COVID-19) outbreak, in Leganes, Spain, April 13, 2020. REUTERS/Susana Vera

“It is glaringly obvious to the Panel that February 2020 was a lost month, when steps could and should have been taken to curtail the epidemic and forestall the pandemic.”

Instead of preparing their hospitals for COVID-19 patients, many countries engaged in a “winner takes all” scramble for protective equipment and medicines, it said.

The panel did not lay specific blame on China for its actions in the early days of the pandemic, or on WHO head Tedros, accused by the United States under then-President Donald Trump of being too deferential to Beijing.

Lawrence Gostin of the O’Neill Institute for national and global health law at Georgetown Law in Washington, D.C., called the failure to point fingers a weakness of the report. 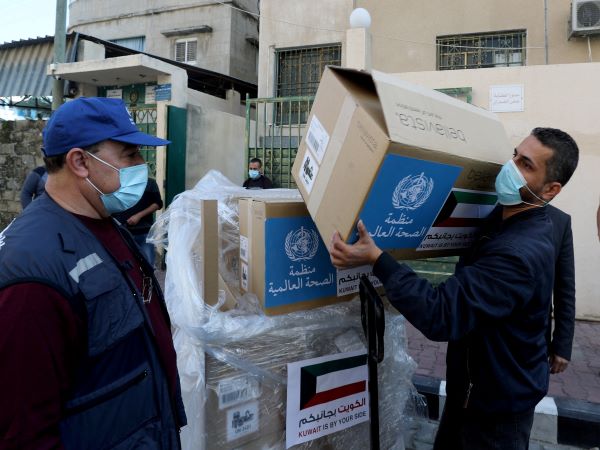 “The report does not single out any government, agency, or actor for their actions or inactions in impeding the response —hurting the ability of WHO to adapt for the future,” he said.

“In particular, despite marked delays in China’s reporting of a novel outbreak in Wuhan and its impeding WHO in finding the pandemic’s origins, the (panel) did not seek to hold the government accountable.”

(Reporting by Stephanie NebehayEditing by Lisa Shumaker and Peter Graff)