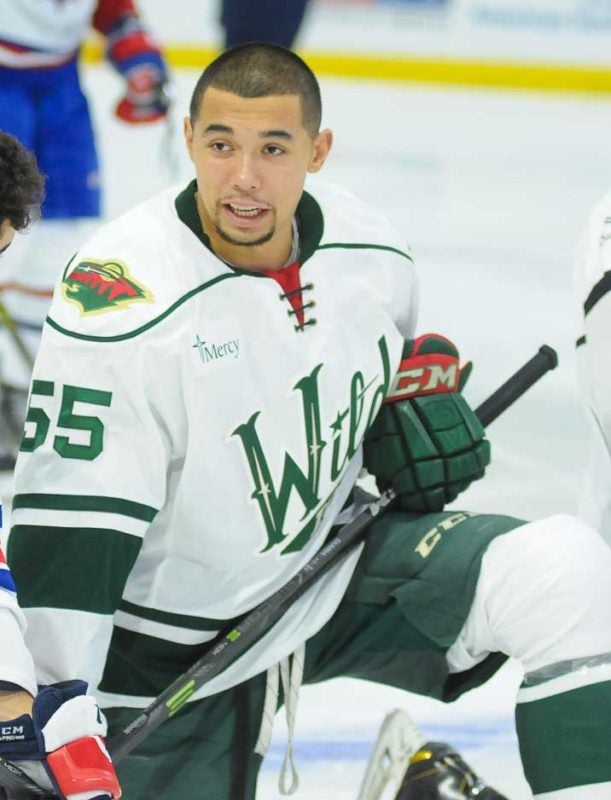 Minnesota Wild defenseman Matt Dumba has been nominated for the Masterton Trophy, which goes annually to the NHL player who best exemplifies perseverance, sportsmanship, and dedication to the sport. WIKIPEDIA

Minnesota Wild ice hockey defenseman Matt Dumba, a Filipino Canadian who grew up in  Calgary, Alberta, has been nominated for the Masterton Trophy by the Twin Cities chapter of the Professional Hockey Writers Association.

The Masterton goes annually to the National Hockey League player who best exemplifies perseverance, sportsmanship and dedication to the sport. It will be awarded in two months.

Although the award has practically turned into the NHL’s version of Comeback Player of the Year, Dumba’s nomination is based not just on his performance on the ice.

Dumba has made it his mission to make the game more inclusive, and ultimately, to eliminate racism from the game. He also has been openly speaking out against racism, especially in the aftermath of the police murder of George Floyd in Minneapolis last year.

Dumba has fought his way into the NHL’s top ranks. Too many players on opposing teams had taunted him for his ethnic features since his early days.

He has a darker complexion that most kids, his father, Charles, being Romanian and German, and his mother, Treena, a Filipino.

Dumba still remembers feeling ostracized as a kid trying to play the game he loved. He doesn’t want other boys or girls to be forced to experience those type of feelings, according to a Brainerd Dispatch report.

As a leading member of the Hockey Diversity Alliance, Dumba has contributed significantly to the growth of the organization of players of color, which aims to fight racism in the sport.

Even if he doesn’t win the Masterton, Dumba is intent on using his ice hockey platform to promote equality in the game and outside of it.