Too Little, Too Late: Duterte must resign

Too Little, Too Late: Duterte must resign 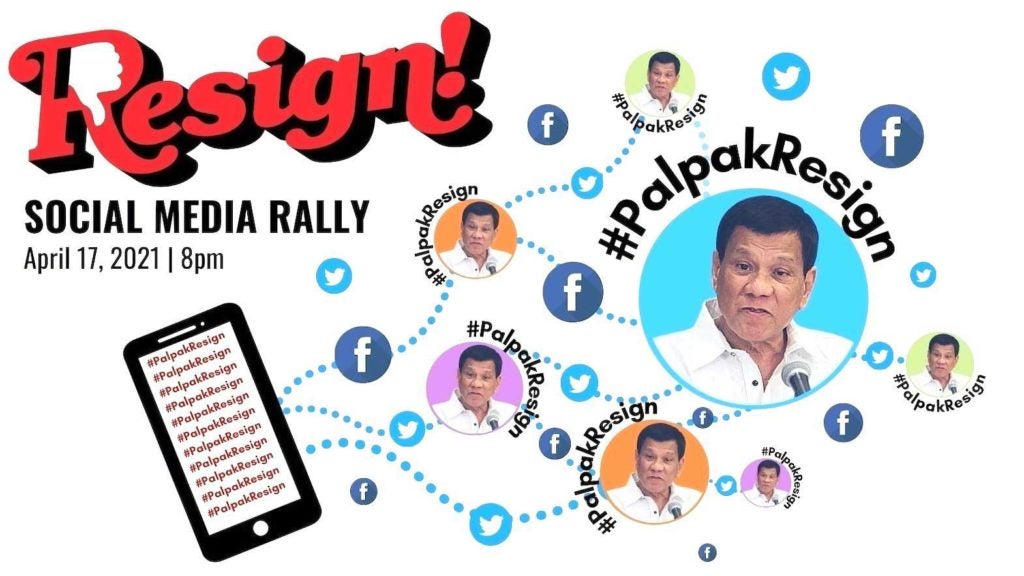 NEW YORK—If President Rodrigo Roa Duterte has the best interests of the country he leads, he should resign, and let Vice President Leni Robredo take over. Duterte’s ham-fisted rule has been unambiguously disastrous for the nation.

He can either return to the city of Davao—his own Mar-a-Lago—and surround himself with his die-hard supporters, or, perhaps to be out of reach of the International Court of Justice, before whom lies a potential case against him of crimes against humanity (his own people), move to the People’s Republic of China. By all accounts, Duterte is an exceedingly wealthy man, and can thus live a life of luxury in the protective embrace of Beijing and Xi Jinping, whose interests he has, particularly in the case of the South China/West Philippine Sea, defended even when these are inimical to the sovereignty of the Republic of the Philippines. He said once that the Philippines could be a province of China. He may have said this in jest, but it looks more and more like he actually meant it.

Even though the Philippines in 2016 won a judgement from an independent tribunal under the United Nations Convention on the Law of the Sea at the Hague, reaffirming its rights to waters within its exclusive economic zone that Beijing continues to falsely claim, Duterte basically ignored the ruling and has for all his years in power essentially acquiesced to being Xi Jinping’s subaltern, in spite of his brash assertion that the country would adhere to a more independent foreign policy, hence his crude undiplomatic, even profane, attacks against the United States and the European Union.

All this, in the hopes that aid from the PRC would increase and keep on flowing.

But at what price? In exchange for a few sacks of rice, this president seems eager to sell the farm, even though he doesn’t, and never did, own the farm and is simply its caretaker.

However, in the face of the continued and embarrassing, not to say, illegal, presence of Chinese vessels in waters around the Kalayaan Island Group and the Scarborough Shoal, about 123 miles off Subic Bay in Luzon Islandand thus well within the country’s 200-mile exclusive economic zone, Manila was forced to respond.

The Philippine Department of Foreign Affairs demanded that China withdraw its vessels,  since “[T]he unauthorized and lingering presence of these vessels is a blatant infringement of Philippine sovereignty,” stressing that Philippine maritime patrols and training exercises in the areas were a “legitimate and routine act of a sovereign country in its territory.”

Teodoro Locsin, the Foreign Secretary, was less measured in his personal Twitter account: “China, my friend, how politely can I put it? Let me see… GET THE FUCK OUT. What are you doing to our friendship? You. Not us. We’re trying. You. You’re like an ugly oaf forcing your attentions on a handsome guy who wants to be a friend; not to father a Chinese province…”

In response, China’s foreign ministry cautioned the Philippines to refrain from what it termed “microphone diplomacy” since this “cannot change the facts but can only undermine mutual trust. … It is hoped that relevant people in the Philippines will comply with basic etiquette and their position when making remarks.”

Beijing’s reaction is quite rich, rather like the thief who, having gained illegal and unwanted entry into a home for the purposes of ransacking the place but is then discovered, complains in a tone of petulance that the irate owners should watch their language and deal with the thief politely.

Then there is that other thief, COVID-19. The Dutertean response has been typical, conflating its anti-drug war tactics with a senseless and often violent and militaristic approach, with the government’s task force dominated by men in uniform. The mindset is all about being in control, to think about  the virus as though it were a rogue that can be hunted and gunned down, with seemingly little regard for the science.

As of the end of April, the total of COVID-19 infections rose to more than a million, with a daily average of more than 7,500, and fatalities of more than 18,000. Such unsettling figures could very well lead to a scenario closely resembling India’s—and the national health care system, fragile in the best of times, will find it nigh impossible to cope. As usual, the marginalized populations will suffer the most.

All these, against the backdrop of an assault on constitutionally guaranteed human rights that has been ongoing since Day One of this administration, with extrajudicial killings of suspected drug users and pushers. Human rights groups estimate more than 30,000 have since died either at the hands of the police or of vigilante groups.

Another favorite cudgel is the practice of “red-tagging,” wherein a human rights activist, or labor organizer, or student leader, is labeled a “Communist,” making that person a target for harassment by the authorities and even extrajudicial killing. This practice was brought to absurd heights when 26-year-old Ana Patricia Non started a communal food pantry in Quezon City, part of the capital region. Her start-up was an immediate success and inspired approximately 400 other food pantries to spring up across the archipelago.

Seen as showing up the government’s ineffectual policies, Ms. Non was accused of being in league with Satan, by Lt. General Antonio Parlade Jr, spokesman for the army’s anti-communist task force. Behind her, the general claimed, was the shadowy presence of a communist network. Fortunately, several organizations and high-profile politicians, including Vice-President Leni Robredo, have raked the general over the coals, and demanded protection not just for Ms. Non but for other pantry organizers.

If anyone or any organization can be deemed to be satanic, surely it is Duterte and his legions, who seem determined to make life for the citizenry hell on earth. The citizenry should return the favor and tell the president in no uncertain terms where he can go.  Copyright L.H. Francia 2021