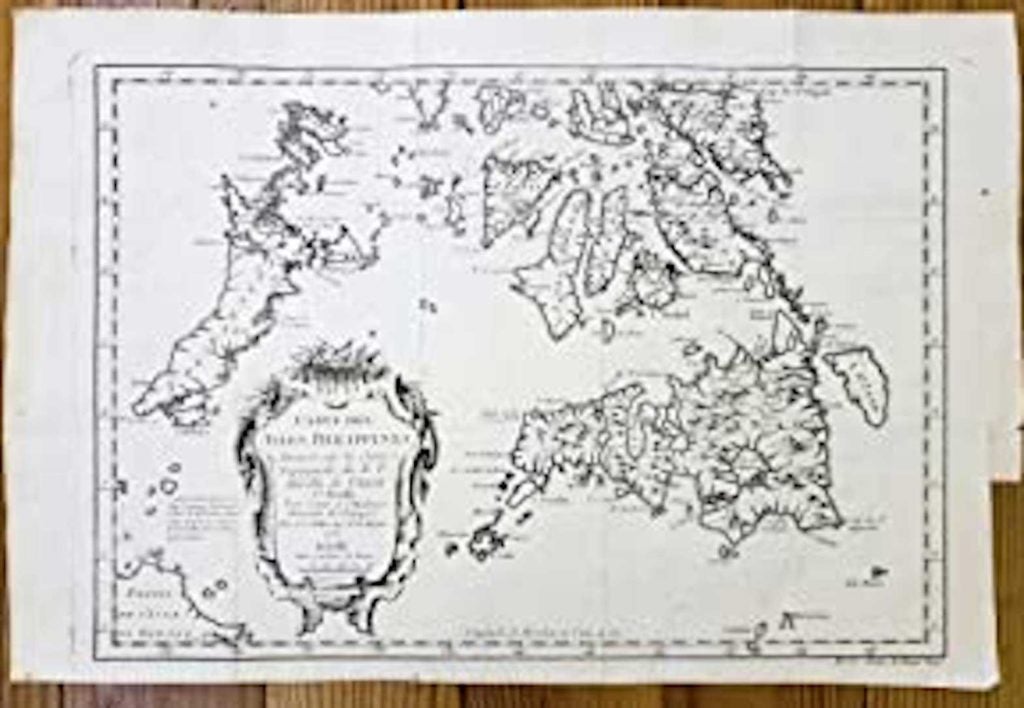 1734 Map of the Philippines

“Formal debate!” That’s the President’s positive response after retired Supreme Court associate justice Antonio Carpio accepted his daring challenge to a legal examination and deliberation of the West Philippine Sea issues. (UPDATE: Duterte has backed out of his debate challenge.)

Earlier, Duterte, in his usual self, called Carpio stupid, “ugok” (daft) for advocating a ruling from the Permanent Court of Arbitration (PCA) at The Hague in the Netherlands, which Duterte said was “just paper.”

One inescapable, even essential, material to consider in any debate is the Velarde Map, particularly when the question is asked: What is the scope of Philippine territory? To answer, there’s no other way but to go back to an ancient map, which is often mentioned among cartographers as the “Mother of all Philippine Maps.”

For international historians, the 1734 Murillo-Velarde map is the “holy grail” of Philippine cartography for it is the “first ever and the most important scientific map of the Philippines” (World Digital Library).

To go back in time, in 1732, Felipe V of Spain sent his royal instruction to Governor-General Fernando Valdes Tamon to construct a workable map of the territory of Las Islas Filipinas, then under the Spanish crown. Gov-Gen. Tamon commissioned, of all people, the Jesuit priest Pedro Murillo Velarde, with two artists assisting him: Nicolas de la Cruz Bagay the engraver and Francisco Suarez the illustrator. At the end, they completed in 1743 the Murillo Velarde map, originally engraved in eight copper plates and had on its sides a total 12 vignettes depicting the Philippine territory and the people of varied ethnicities, the flora, and fauna found in the country during that period.

Why commission a Jesuit to accomplish the royal instruction? Because Murillo Velarde was a renowned historian and cartographer in his time. Moreover, Jesuits have been known since the foundation of the Society of Jesus in 1540 as foremost scientists who bent the arch of knowledge towards human progress.

Not only the Jesuits, but also other intellectual giants in Europe of olden times, university founders in the Americas, and an ensemble of scientists were ordained Catholic clergy, who blazed new trails for humanity and contributed so much to universal advancement in the fields of arts, science, and technology in addition to their usual tasks of mission and evangelization.

So why is the Jesuit’s map important in any debate over the conflicting maritime claims, if ever? First, Duterte would have had to face Carpio, who was part of the team that successfully argued before the PCA at The Hague the Philippines’ claim on the West Philippine Sea (South China Sea). Second, Carpio used the 1734 Murillo Velarde map in his masterful presentation of historical and legal arguments, which invalidates China’s Nine-DashLine and unfounded claims of ownership of the South China Sea for over “2,000 years.”

The Jesuit’s map implicates two significant truths: One, China never controlled the West Philippine Sea at any time in history. And two, included in the ancient Murillo Velarde map are the Panacot shoal (Scarborough Shoal), Bajo de Masinloc, and the Los Bajos de Paragua or the Spratlys, vital inclusions that fortified the Philippine position against China’s claim.

Finally, on July 12, 2016, the PCA at the Hague issued an award, a historic award, in the West Philippine Sea case (PH vs. China), unanimously rejecting  China’s sovereignty and historic rights within the so-called imaginary Nine-Dash Line over the disputed sea. It also upheld the Philippines’ exclusive rights over the Scarborough Shoal and Bajo de Masinloc, which are found within the Philippines’ 330-kilometer exclusive economic zone (EEZ), the source of livelihood of our fishermen in the region.

Naturally, China rejected such an award.

Unnaturally, the Filipino president called the award “just paper” and, on nearly all occasions, has capitulated to China’s aggressive incursions into our sovereign territory since 2016, saying “I cannot do anything; I am inutile.”

Jose Mario Bautista Maximiano (facebook.com/josemario.maximiano) is the author of THE SIGNS OF THE TIMES and the Social Doctrine of the Church: An Epistemology(Salesiana, 1991) and MCMLXXII: 500-Taong Kristiyano. Volume Two (Claretian, 2021)