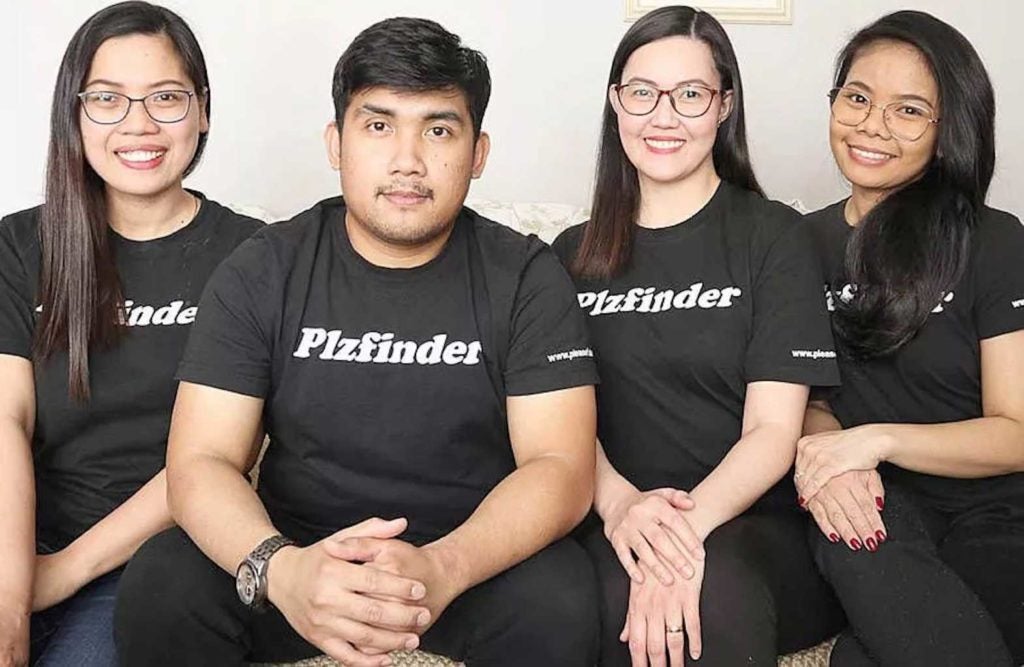 They may not be the typical tech-savvy people you know, but a group of young nurses in Bridgewater, Nova Scotia, is wading into the crowded field of web applications.

The founders of Plzfind, Mona Crisostomo , Hazelle Mahinay , Ken Martinez  and Lehcel Tacda all work as nurses at Ryan Hall Care Home. All  encountered similar struggles of finding services when they first moved to Nova Scotia from Toronto in 2019.

Even looking for a seemingly simple thing as a mechanic to service a second-hand vehicle stumped the new arrivals.

So, the four came up with the idea of developing an app that could connect people and services in a simple way. In March, they launched  their new “baby” in the Apple Store – appropriately called Plzfinder. The launch generated 30 downloads in two weeks, they claim.

Tacda says it was Martinez’s idea, with the team starting the planning this past December. Realizing they were not techies, they reached out for help.

“We needed an expert to develop the app for us,” said Tacda, adding they outsourced the development of Plzfinder to a friend in the U.K.

Upon downloading free the app, there are two options to choose from– users or a service providers. The latter are able to add in their own information, such as services offered, their education or experience in the field, as well as price range for their services.

“We’re just giving them a platform to use to connect people with service providers,” Martinez told the newspaper LighthouseNow in an interview.

Users are able to rate the services they’ve received from providers within the app, and leave reviews. There’s also an option for a user to add those service providers to a “team” where they’re easier to access.

The four friends came to Canada in 2019 on student visas and studied nursing in Ontario ultimately finding work in Nova Scotia.

“We can see an everyday need” for services, Martinez asserts. “Every day, especially on Facebook, we can see people posting stuff like they’re looking for people to remove snow from the driveway. The only people that can suggest are those who are friends with him or her, and sometimes it’s not the best deal you can get.”

Crisostomo says their goal is to have each household in Lunenburg County download the app. (The 2016 Census of Population recorded a population of 47,126 ). Bridgewater is an hour’s drive from Halifax.

Because it’s still in the testing stage, the app only features services available in Lunenburg County. However the team plans on continuing with the app if all goes well and feedback remains positive.

Once the app makes it past the prototype phase, Martinez said it would be available on all operating systems and the team is looking at making it more of a social media platform for service providers.

“They can post their works, people can follow their profiles. Social media features is what we’re thinking, so people can not only find good service, but learn from people that are the experts or five-star service providers.”

He said service providers would also be able to provide videos for users to watch.

Currently, services such as laundry, hair, plumbing and a driver-for-hire can be found on the app, with more to come.

“It’s more of the basic services we need on a day-to-day basis,” said Crisostomo.

To learn more about the app or the team, visit https://pleasefinder.com/home. The team keeps a blog featuring a variety of topics, as well as their own experiences in the community.