NEW YORK — What happens when a Filipino American mother and daughter who both have problems with work, relationships and anti-Asian sentiments quarantine together during the pandemic? Fil-Am playwright Cherry Lou Sy unfurls desires and miseries in “Not For Long.”

A staged reading will be presented by newly formed theater group the International (minor feelings) Trading Company just a few days after Mother’s Day. A panel discussion will follow. 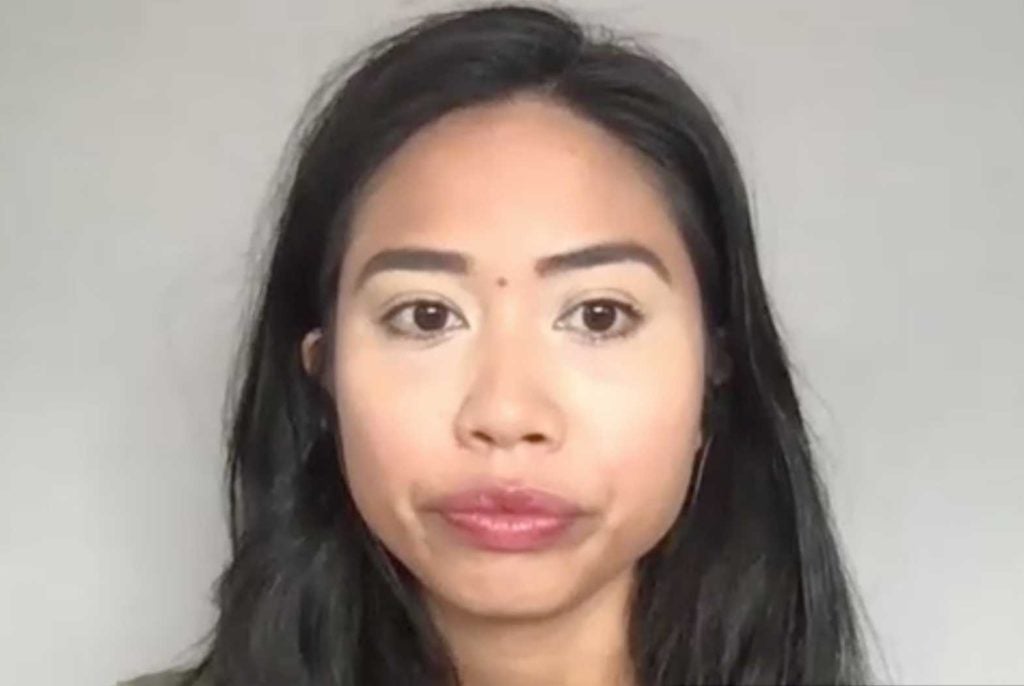 Francesca Fernandez McKenzie in a rehearsal scene for “Not For Long.” CONTRIBUTED

Obie Award Winner Ching Valdes-Aran will play the mother alongside Francesca Fernandez McKenzie as the daughter. Both thespians are Fil-Am.

“I keep asking myself: how do we live with people we love when they hold views so different from our own?” relates Sy.

“Playwrights are artists. Artists, according to James Baldwin, are here to disturb the peace. But what is peace right now?”

“Others might think that it’s too on the nose to write about the pandemic during the pandemic, but there was so much uncertainty then, and even so now. I wanted to capture the tension of that time as  … experienced by Asian female bodies in a Filipino household when there’s racism and prejudice even in one’s own house.”

The play is gleaned from her own experiences of loss and frustrations.

She had been invited to a playwrights group and was working with a prompt to write about family. “I didn’t think I could write anything because I was still grieving the death of one of my close friends.”

She was also dealing with her own mother’s differing political opinions as well as the increasing climate of anti-Asian hate in her neighborhood.

“I didn’t know how else to deal with everything. The deadline and focus that [was] provided helped me put words together to write this play, which is about composite characters in the generational divide partially based on me and my mother.”

Despite the personal losses Sy has experienced (her father also recently died a few months ago), she and two other colleagues chose to actively pursue optimism. 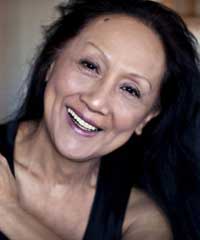 Ching Valdes co-stars in “Not For Long.” CONTRIBUTED

“My friend the director Eugene Ma and I decided to create our own international theater company, the International (minor feelings) Trading Company, because it’s so important to create a future of hope and manifesting that vision. He’s based in Hong Kong while our other friend, actor Hidetaka Ishii, is based in Toronto.”

“Because of Zoom technology, we’ve been able to meet and try to engage in our version of the theater of the future, post-pandemic.” They have already begun to explore Sy’s body of work.

Meanwhile, in June, Sy’s “Panic Room: An Unkindness of Ravens” will be shown online. Originally scheduled for last year, it is a finalist for the 2021 AEG Barbour Playwriting Award.

As for “Not For Long,” Sy reconnects with the cast she worked with when testing out the draft of the play.

“I worked with Ching and Francesca last year when I wanted to hear the play for the first time. It was great. I’ve seen both of them perform during the before days of the pandemic and they are powerhouses. They are dream collaborators and consummately skilled in their craft.”

Francesca Fernandez McKenzie is an actor, producer, and educator. Before graduating from Yale School of Drama, she was a theater maker in New Orleans. She has shared her work in NYC (59E59, Daryl Roth Theater, The Lark) and regionally (CalShakes, Magic Theatre, Horizon Theater, Southern Rep, Mu Performing Arts).

She has also directed, danced and performed in many international festivals. She is a member of the Lincoln Center Directors’ Lab, Actors’s Center Workshop Company and is on the advisory board of Ma-Yi Theater Company.

“Not For Long” is supported by the Rapid Response Honorarium Program of Brooklyn College’s Ethyle R. Wolfe Institute for the Humanities, in partnership with Stonehenge NYC Still Standing Artist Residency.

“Not For Long” runs May 12. Visit Fb.com/wolfeinstitute.