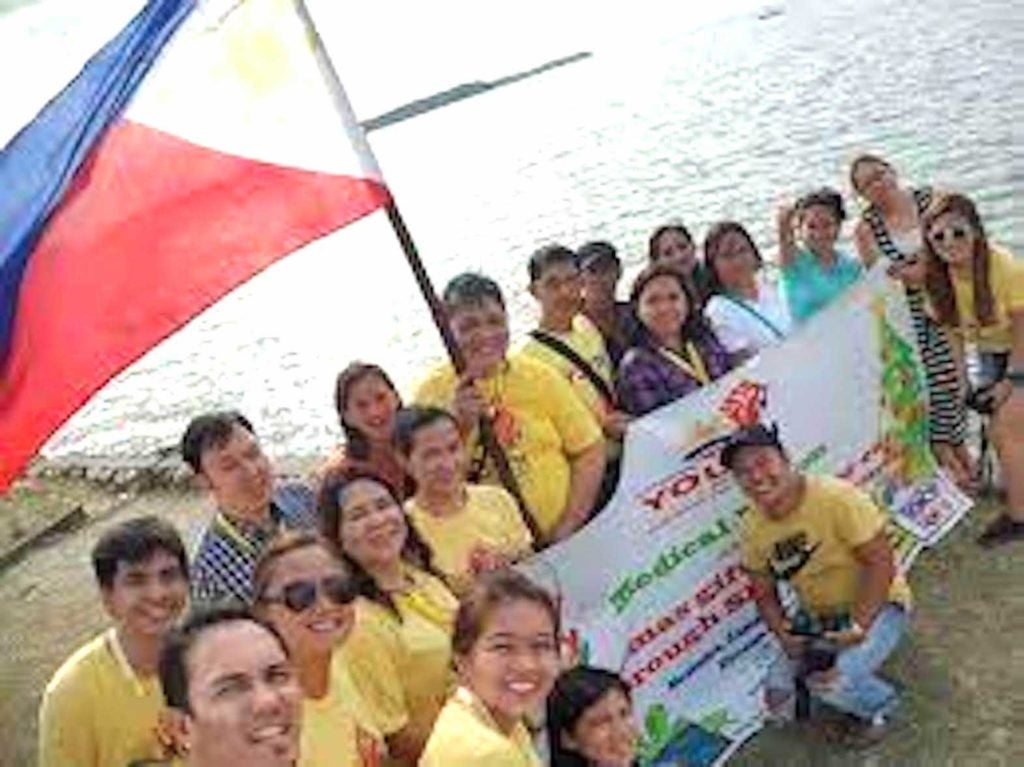 Members of the Saipan-based National Youth Movement for the West Philippine Sea. CONTRIBUTED

The National Youth Movement for the West Philippine Sea (NYMWPS)  strongly expresses extreme disappointment and takes exception to the statements attributed to President Rodrigo Duterte on the matter of the proper approach to Chinese intrusions into the Philippines’ EEZ and sovereign territory as he mocked and unduly criticized the position that has been propounded by retired Senior Associate Supreme Court Justice Antonio Carpio on this issue of utmost national importance.

The NYMWPS strongly supports the statement of Justice Carpio that “… the world community is a powerful ally that can help the Philippines defend its maritime jurisdiction without going to war.” Further, we as Filipinos and citizens of a civilized world governed by responsible rules on mutual respect among nations agree that “A country cannot just fold up just because the other side is stubborn.” We also take the President to task, as the country’s leader and supposedly epitome of Filipino patriotism, for his silence and seeming acquiescence on the creeping Chinese incursions on Philippine territory and EEZ in the West Philippine Sea.

Chinese intrusions into the country’s sovereign territory in the West Philippine Sea has not only violated international rules and disciplines on the territorial integrity of civilized nations but has deprived Filipino citizens of livelihood and the enjoyment of their God-given maritime resources; prejudiced the peace and security of the Philippines; continue to endanger freedom of navigation in this important area and avenue for world commerce; and, with blatantly destructive methods continue to obliterate the marine environment in an area that is crucial to world marine environment and health. We demand that China cease all such illegal and destructive activities and depart the area inclusive of the contested territories.

The NYMWPS strongly exhorts the President to stand up to these incursions and bullying; and duly perform his duty under the Constitution he has sworn to uphold and protect. We further exhort the President and his administration to exhibit the proper higher level of domestic and international statesmanship in advancing the country’s interests, employing all feasible and legal means on all relevant fronts and international fora to counter this specific threat to national sovereignty, security and integrity. As history has proven time and again, a small country with principled determination can effectively counter the bullying and aggressive intent of any larger and more militarily powerful country. Not just with the destructive violence of war that the President apparently fears but with other means that can be just if not more effective. We find it impossible for Filipino statesmanship and diplomatic talent not to be able to craft and aggressively pursue a proper, effective and principled national strategy to counter such serious threat.

Our glorious history until this present debacle has proved to ourselves and to the world that we are not a nation of cowards and slaves. The leadership and the citizens of the country are exhorted to live and honor the courage, ingenuity and sacrifice of leaders and citizens – patriots all – who came before us.

The Arbitral Award on July 12, 2016 in favor of the Philippines has been recognized and accepted by the International Community.