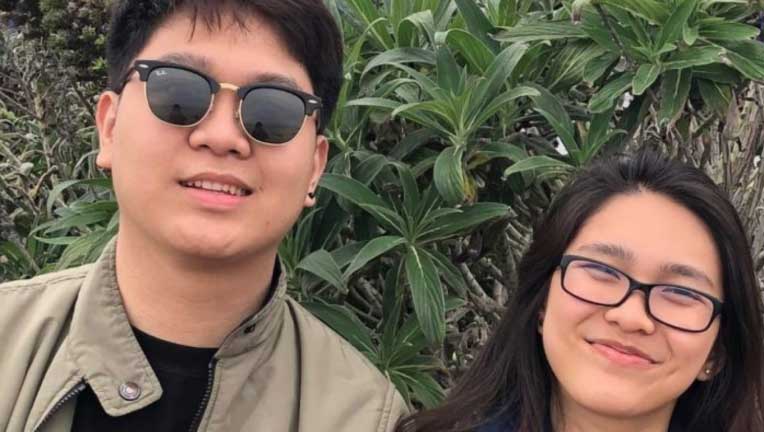 Precious Nievas with her brother Philip. Both were killed in a crash in San Jose. GOFUNDME

SAN JOSE, California –  A driver fleeing from police earlier this week killed two Filipino American siblings when he ran a red light and crashed his car into theirs.

The Santa Clara County Coroner’s Office identified the victims as Precious Nievas, 25, and her brother Philip Nievas, 22, both of San Jose.  The siblings were pronounced dead at the scene.

Police said the victims died Monday night, April 26, after a Honda Accord ran a red light and slammed into the victims’ Toyota Camry. The Honda’s driver and his 17-year-old passenger sustained non-life-threatening injuries.

The crash happened Monday night around 10 p.m. at Lawrence Expressway after officers tried to pull over a Honda Accord. Officers said the driver refused to stop, ran a red light, and crashed into the victims’ Toyota Camry, according to a KTVU report.

The fleeing Honda and his passenger were both arrested on suspicion of evading an officer and gross vehicular manslaughter, along with multiple firearm and narcotics offenses.

A GoFundMe page has been set up on behalf of the Nievas family to help with funeral expenses.