For many U.S. college Republicans, time to 'move on' from Trump

For many U.S. college Republicans, time to ‘move on’ from Trump 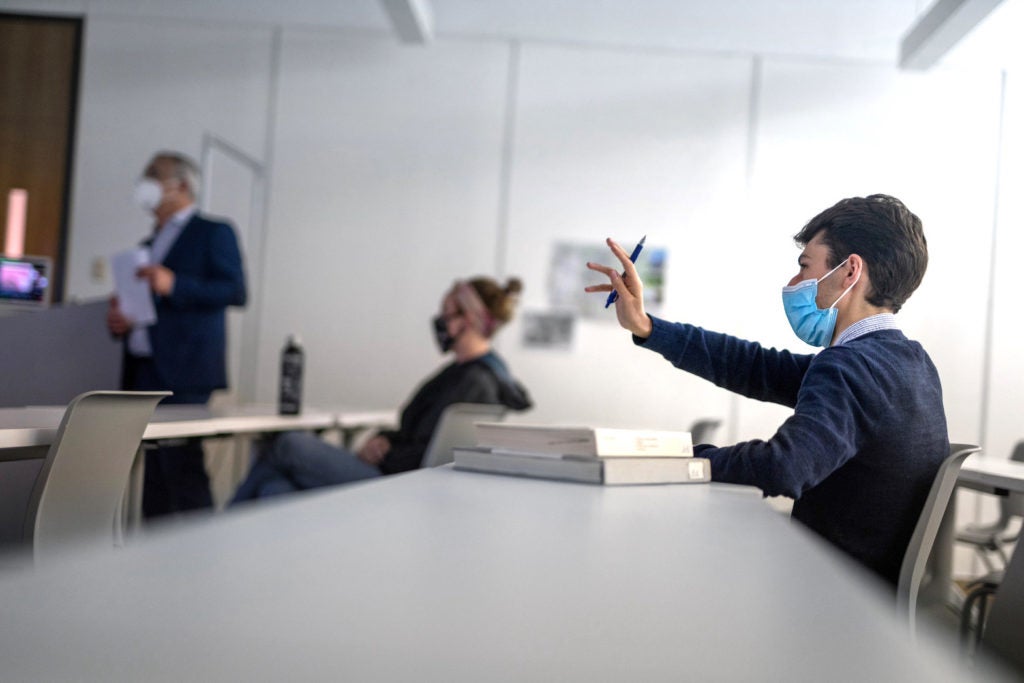 When a majority of Cornell University’s Republican club voted to endorse President Donald Trump in the 2020 election, many of its moderate members left the group.

After Joe Biden won and club leader Weston Barker wrote an op-ed in the school paper urging people to accept the Democrat as the legitimately elected president, pro-Trump members defected.

The club remains deeply divided months later, Barker said, with its members – like Republicans nationally – split on the best path forward as the party looks to regain some power in next year’s midterm congressional elections.

While Trump remains popular among Republicans of all ages, he lost support in the last year’s election from white, college-educated voters. In recent interviews, members and leaders of a dozen Republican clubs on U.S. campuses said fresh leadership and a wider embrace of issues such as fighting climate change are key to the future of the party they will help mold for decades to come.

Trump “ran a campaign and he lost. I personally believe the party needs to move on,” said Joseph Pitts, president of the Republican club at Arizona State University.

Despite Republicans losing the White House in November and the Senate in January, Trump has signaled his desire to be a dominant force in the party ahead of another potential presidential bid in 2024. The former president’s political action committee has raised $85 million to fund attacks on his opponents and boost his loyalists.

About seven in 10 Republicans under 30 have a favorable impression of Trump, according to a Reuters/Ipsos poll conducted April 12-16, while three in 10 have an unfavorable view of him.

But even among the young conservatives who did not openly oppose the former president, several said his presence at the top hindered its ability to create a “big tent” party. That could pose a problem for Republicans’ electoral prospects in an increasingly diverse country.

“We want to move beyond some of the divisions and some of the anger that has definitely defined the country over the past four years,” said Ben Smith, the president of College Republicans of Louisiana State University.

Several college Republicans said they wanted the party to focus on core values, including limited government and deregulation, and to overcome its reluctance on embracing climate change.

The latter is crucial to students such as Smith living in places like Louisiana that are especially vulnerable to climate threats.

“We’re at the forefront on a lot of the coastal erosion that’s happening in the country right now, so climate change is something that we’d definitely like to see a response on,” he said.

At Florida State University, college Republicans have urged state lawmakers to create an environmental resiliency office and a task force on sea level rise, according to the club’s vice chair, Steven Richards.

Young Republicans’ engagement on climate change will eventually lead to a shift on the issue among conservatives, said Benjamin Backer, the founder and president of the American Conservation Coalition, a conservative youth environmental organization.

“Conservative groups on campus and in different communities are honestly some of the biggest and most important allies for climate action in the entire country,” Backer said.

The Republican Party faces a “long-term structural problem” if it fails to appeal to younger generations, said Matthew Dallek, a professor at George Washington University.

Voters under 30 supported Biden over Trump by 16 percentage points in the 2020 election, according to a Reuters/Ipsos poll conducted on Nov. 3. And while Republicans overall largely supported Trump, Biden fared a little better among those who had higher levels of education, including young Republicans with college degrees.

“Young people are not, as a whole, where the Republican Party is today,” Dallek said.

Allie Carroll, a Republican National Committee spokeswoman, said the party has several programs underway to engage young voters ahead of the 2022 elections.

“With our permanent, on-the-ground presence in states across the country, the RNC remains committed to expanding our inroads with the next generation of voters,” Carroll said.

A representative for Trump did not respond to requests for comment.

The former president remains popular among a substantial group of college-aged conservatives who see him as a pivotal part of the Republican Party’s future.

“I think he is the leader of this party right now, and I think separating ourselves from him will hurt us,” said Elizabeth Crochet, a sophomore at Louisiana State University and a member of its Republican club.

Some college Republicans who want to turn the page on the Trump era praised him for making inroads with voters the party had struggled to appeal to in the past, such as Latinos, and for a populist message that fired up his base.

They also said they agreed with many of his policies – from his tough stance toward China to aggressive trade relations and focus on immigration.

“Most of my members are looking to 2022 and 2024 and want Trump’s policies and ideas,” said Tom Heuschkel, president of the college Republicans group at the University of Connecticut, “but not Trump or his family members.”