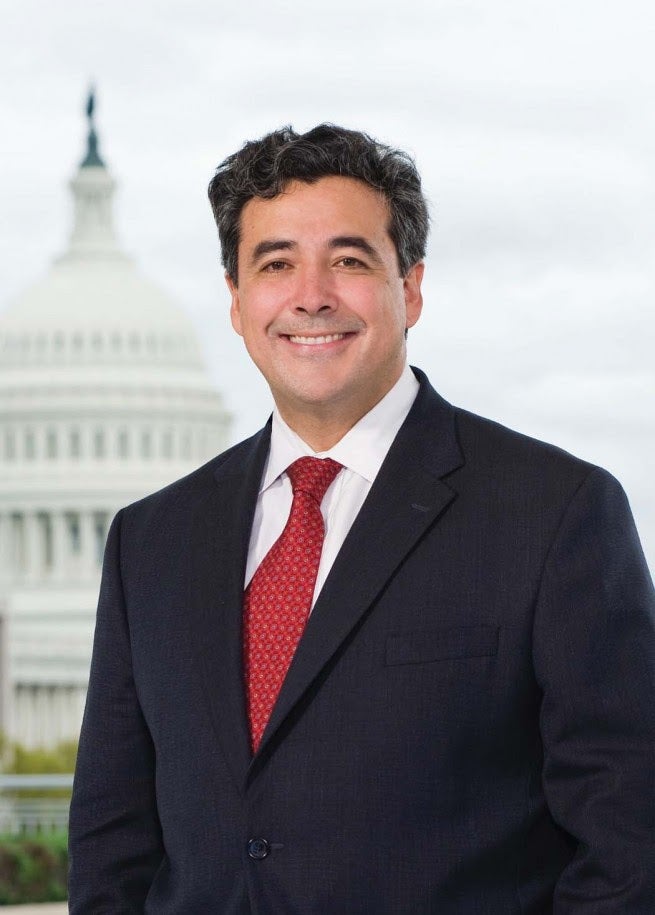 Filipino American Noel Francisco was confirmed as solicitor general by the US Senate.

“Noel Francisco is a great choice for this tough job, and I urge colleagues to join me in supporting him,” Senate Majority Leader Mitch McConnell on the chamber floor prior to his confirmation. “The Office of the Solicitor General is responsible for representing the United States in litigation before the Supreme Court. It’s a very important office, and Mr. Francisco is well qualified to lead it.”

“I applaud the Senate for finally confirming Noel Francisco to be the United States Solicitor General. Noel is a brilliant and principled lawyer with an excellent record of appellate work,” said Attorney General Jeff Sessions in a statement. “His reputation for skillful analysis and clear, forceful advocacy is indisputable, and he has been a consistent advocate for the rule of law and a steadfast defender of the Constitution.

“I am confident that Noel will continue to be a tireless champion for justice and look forward to him being a central figure in our commitment to the classical understanding of law and jurisprudence.”

It is the duty of the United States solicitor general to conduct and supervise the government’s litigation at the Supreme Court.

The 48-year-old Francisco is not a newbie in the legal world. In fact, even prior to his nomination, he was already known in the legal community.

“Mr. Francisco has successfully argued a number of complex cases before a number of courts including, notably, the case of National Labor Relations Board v. Noel Canning before the Supreme Court. In that matter, he represented the plaintiff Noel Canning in its successful challenge to President Obama’s unlawful, so-called recess appointments,” McConnell added. “That case is especially important for this body because the Supreme Court’s unanimous 2014 decision in favor of Noel Canning reaffirmed that the Senate, not the president, possesses the clear constitutional authority to prescribe the rules of its own proceedings.”

Prior to this post, Francisco took on the role of principal deputy solicitor general in this year. He also worked at global law firm Jones Day from 2005 to 2017 in its government relations practice and served as an associate counsel to President George W. Bush from 2003 to 2005.

He received his B.A. with honors in 1991 from the University of Chicago, his law degree — also with high honors — from the University of Chicago Law School in 1996. He served as a law clerk first for Judge J. Michael Luttig of the U.S. Court of Appeals for the Fourth Circuit, and then clerked for the late Justice Antonin Scalia of the U.S. Supreme Court.

“While at Jones Day, he appeared several times before the Supreme Court, including in McDonnell v. United States, which involved the meaning of ‘official act’ under federal bribery statutes; Zubik v. Burwell, which involved the application of the Religious Freedom Restoration Act to regulations addressing insurance coverage for contraception; and NLRB v. Noel Canning, which involved the Constitution’s recess appointment power. He has also argued numerous cases in lower federal and state courts on a wide range of constitutional, civil, and criminal matters,” according to the White House statement released last March.

“From 2001 to 2003, Mr. Francisco served as associate counsel to the President, and from 2003 to 2005 he served as deputy assistant attorney general in the Office of Legal Counsel,” the statement added.

Francisco was born in Syracuse, New York and was raised in Oswego, a town about 35 miles away. He graduated from Oswego High School in 1987.

His father, Nemesio Majaraiz Francisco immigrated from the Philippines and according to an article on Syracuse.com, spoke “little English and without much money, to pursue a medical career that took him Oswego in 1971 and became one of the most beloved doctors in Oswego — taking calls at home and on weekends — before succumbing to cancer at age 53 in 1989”.

In his statement before the Senate Judiciary Committee, Francisco spoke fondly of his father and the adversity he had to go through before settling in the United States to pursue his studies in medicine.

“He grew up amongst the ravages of World War II.  He once told me how, as a young boy, he was forced to live in the remnants of a bombed-out tank.  Whenever I’ve faced the joys or difficulties of life, I think of that little boy,” Francisco said.  “He could not possibly have dreamed that his son would one day have the high honor of sitting before this august body.  I am so grateful to you for helping to fulfill what that scared little boy dared not dream.”

Nemesio Francisco, born in the Philippines in 1935, found a home in a small city on the shores of Lake Ontario called Oswego, NY.

“The good people of Oswego welcomed my father—a Filipino immigrant who barely spoke the language—with open arms.  It is in Oswego that my father became, and died, an American,” Francisco said.