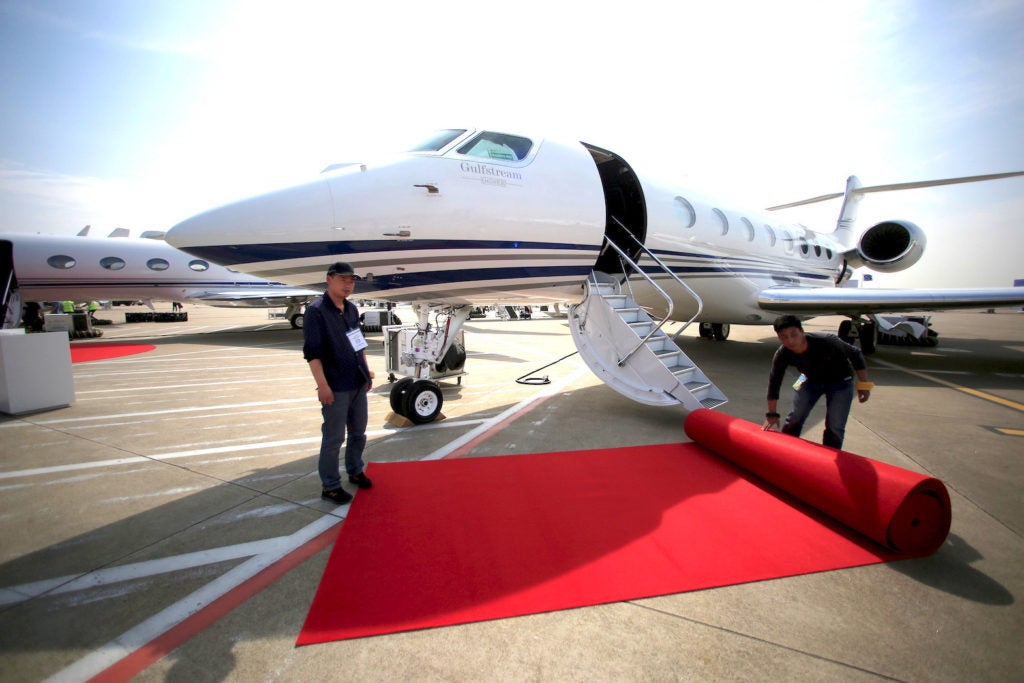 Workers prepare a red carpet in front a Gulfstream aircraft in a file photo. REUTERS/Aly Song

WASHINGTON – Wealth advisers are counseling clients to max out their retirement accounts, park gains in tax-deferred opportunity zone funds and even sell some assets to avoid being clobbered by a potential U.S. capital gains tax hike.

The White House will this week propose nearly doubling taxes on capital gains to 39.6% for people earning more than $1 million, Reuters and other media outlets reported, in what would be the highest tax rate on investment gains since the 1920s.

Any changes will be hard-fought in Congress, where Democrats hold a slim majority, and the final tax rate will likely be lower than the White House’s opening salvo. But if a deal can be reached, the new tax rate could come into effect this year.

Wealthy Americans have deluged their advisers and accountants with calls for advice on how to avoid being caught by the potential increase.

“I don’t think anyone is ever comfortable paying more taxes, and we are telling clients it’s not an if, it’s a matter of when and how much,” said Alvina Lo, a chief wealth strategist at Wilmington Trust.

She said her clients are identifying assets and stocks to sell to try to lock in the current tax rate and are maximizing their contributions to tax-deferred individual retirement accounts (IRAs). Some are converting IRAs to Roth IRAs, which do not charge taxes on withdrawals like regular IRAs.

If the tax changes apply retroactively to the start of 2021, it may already be too late to lock in the current lower tax rate on some gains.

“Our clients are resigned to the fact that it’s happening and they just want to do what they can to smartly plan about it,” said Lo.

Currently, people earning more than $200,000 pay a capital gains rate of about 23.8% including the 3.8% net investment tax which helps fund the Affordable Care Act, known as Obamacare.

Christopher Karachale, a San Francisco-based tax lawyer with Hanson Bridgett, said many of his clients – founders of startup companies – are anxious about the possibility of paying more than 50% when California’s taxes are factored in.

Some are speeding up deals to sell their businesses or sell their stock, he said.

“There is going to be real resistance to paying more than a 50% rate. For these people it’s on tens of millions of dollars. They’re going to look to another area of the code to provide for an exclusion or deferral of the capital gains,” he said.

Investors can defer and possibly reduce the tax they pay on capital gains if they reinvest the gains in opportunity zone funds, which typically invest in real estate.

“It’s an extremely popular investment vehicle largely because many of our clients are CEOs, business owners,” said Ablin. “They’re contemplating selling their business and looking at a multi-million-dollar capital gain,” he said.

Andrew King, vice president, tax policy and research at Goldman Sachs Ayco Personal Financial Management, said their clients are also exploring opportunity zone funds, but cautioned it was still too early to be able to give the best advice.

Opportunity zones could also be overhauled under Biden’s tax plan, according to media reports.

“We really don’t know the specifics of what this will look like when it will take effect or who it will affect,” said King.