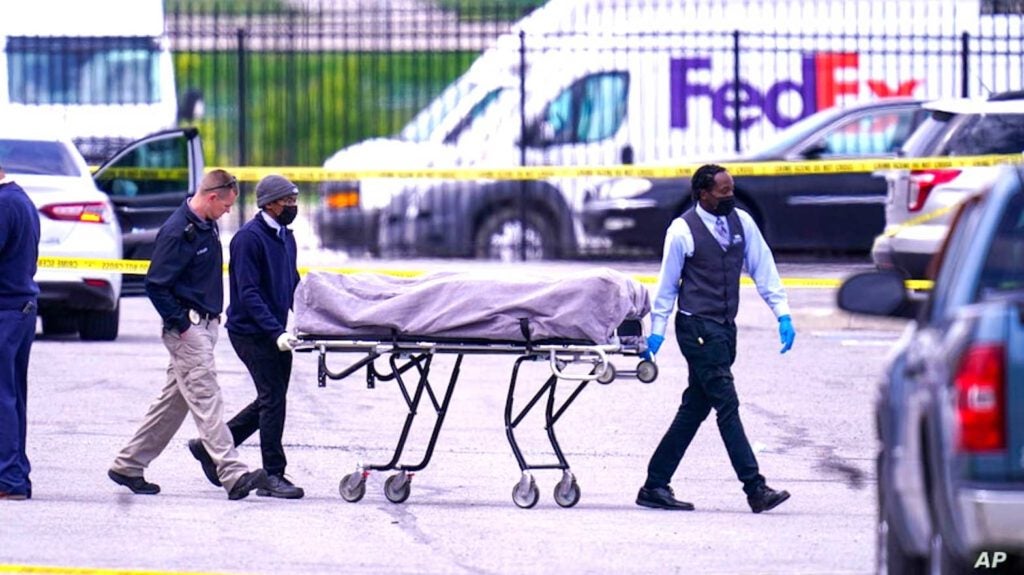 It’s a little more than a month after the Atlanta massacre when six Asian American of Korean descent were killed by a young white male shooter with a gun.

In America, it seems we can’t stop killing one another en masse. Last Friday, the shooting at the Fed Ex facility in Indianapolis  claimed at least eight victims, four of whom were Sikh Americans, or by my nomenclature, Asian American Sikhs.

That brings the total to ten dead Asian Americans to senseless  gun violence since March 16. Does it really  matter if they were hate crimes? The shootings don’t come out of love.

Jaswinder Singh’s death hit home with me especially. Singh had just started at FedEx and hadn’t received his first check. He recently moved from California And that’s where I think I may have met him.

In 2003, I did a number of stories on the Sikh community after they were continually stereotyped and harassed as international terrorists post-911 because of their turbans.  I remember visiting the Sikh Gurdwara in Stockton, Calif., an historical site as the first Sikh house of worship established in America in 1912.  The founders were Jawala Singh and Wasakha Singh.

From Jaswinder Singh’s distinctive picture, with his turban and white beard,  I just know I met him the numerous times I went to  the Stockton temple to interview members about the Sikh culture.

In the New York Times, Jaswinder Singh was described by a relative as a “simple man” who would perform service acts for the community like prepare food for temple visitors. The temple was the hub of his life, where the relative said he would “pray and meditate, a lot.”

Of course, a spiritual man knows meditation is the path to happiness and the way to rise above one’s circumstances.

I just started meditating in earnest a few months ago. And now 18 years later I see Jaswinder Singh’s name and photo among the list of victims, and I’m wondering, if the incident was hate related.

It’s hard to say. The white gunman, identified as 19-year-old Brandon Hole, a former FedEx employee, appears to have fired at random before taking his own life.

Does the randomness make it less hateful? Reports indicate Hole had a history of being mentally unstable and suicidal.

Does that excuse or excise any hate from his actions?

Hate crime enhancements can make penalties more severe and perhaps even act as a deterrent to others. In that sense they are important. But in the end, hate crime or not, the debate seems moot.

Ultimately, the victims, the dead and the living, don’t care if it’s a hate crime. Gun violence, whether it results in death or not, does not come out of love.

Which leaves the only question before us:  How many more must die before we take the necessary action to protect innocent people from gun violence?

I appreciate the action of Rep. Grace Meng and Sen. Mazie Hirono to push for Hate Crime legislation in Congress. A piece of legislation was advanced overwhelmingly last week, but there will still be amendments and attempts to slow down the process.

Whatever gets passed and whenever it gets passed is fine. The reality is it won’t prevent another shooting. That’s what makes the hate debate  a distraction from the only real fact that counts.

In just over a month, 10 Asian Americans are dead of mass gun violence in America, and the country seems incapable of doing a damn thing about it.

It’s back on us. Hence,  the importance of solidarity among the entire Asian American community.

Emil Guillermo is a journalist and commentator. He writes a column for the Inquirer.net’s North American Bureau. [email protected] His vlog and podcasts are on www.amok.com