A perfect time to remember and honor Pepe Diokno

A perfect time to remember and honor Pepe Diokno 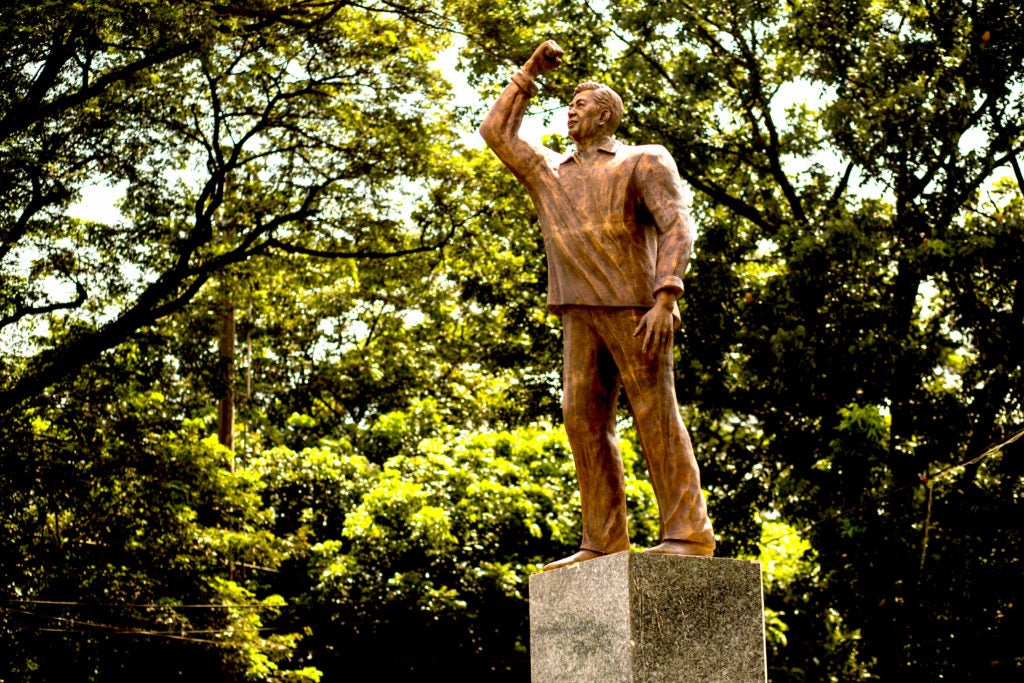 Jose “Pepe” Diokno died 30 years ago. Finally, this week, young Filipinos, who are reeling from a new fascist era under Rodrigo Duterte, will have an inspiring reminder of one of the bravest defenders of Philippine democracy and human rights.

The statue of Ka Pepe will be unveiled on September 21, the 45th anniversary of the start of the Marcos dictatorship. The sculpture by artist Julie Lluch shows a defiant Ka Pepe appearing to march forward, with a raised right fist.

It’s a familiar pose to many of us who saw Ka Pepe in action in the 1980s when he was leading the struggle against another fascist regime.

He was a respected senator and one of the most brilliant lawyers and intellectuals of his time. He was also a leader who reached out to victims of the dictatorship and to those who joined the fight to end it.

Ka Pepe was among the first to be imprisoned by Marcos after martial law was declared. Other famous politicians fled the country or stayed quiet and kept a low profile during the early years of martial law.

After his release from prison, Ka Pepe went straight to wherever the fight was — the streets, the campuses, the picket lines, the barrios, the prisons.

He seemed to be everywhere. We saw him marching, speaking and leading protests at Liwasang Bonifacio and Mendiola. We saw him in smaller venues, like the steps of Palma Hall at UP Diliman. I once listened to him with other activists gathered in a small classroom at the Task Force Detainees headquarters in Quezon City, not far from the Diokno residence.

In fact, Ka Pepe even welcomed us to their home. The Diokno residence  in New Manila became a special place, a rallying point for students, lawyers, activists, workers, farmers, anyone working to put an end to the Marcos tyranny.

“My dad loved not only the Philippines, he loved our people, too,” my friend Maia Diokno, Ka Pepe’s daughter, told me.  “He admired how farmers, indigenous people, students, workers fought for their rights – not just during Martial Law, but all throughout our history. He recognized that each one of us has a special talent or strength, and encouraged us to use our talents to help our country.”

Many from my generation, the Martial Law Babies, became believers in human rights because of Ka Pepe.  In fact, his statue will be installed in front of the building of one of his greatest achievements, the Commission on Human Rights. 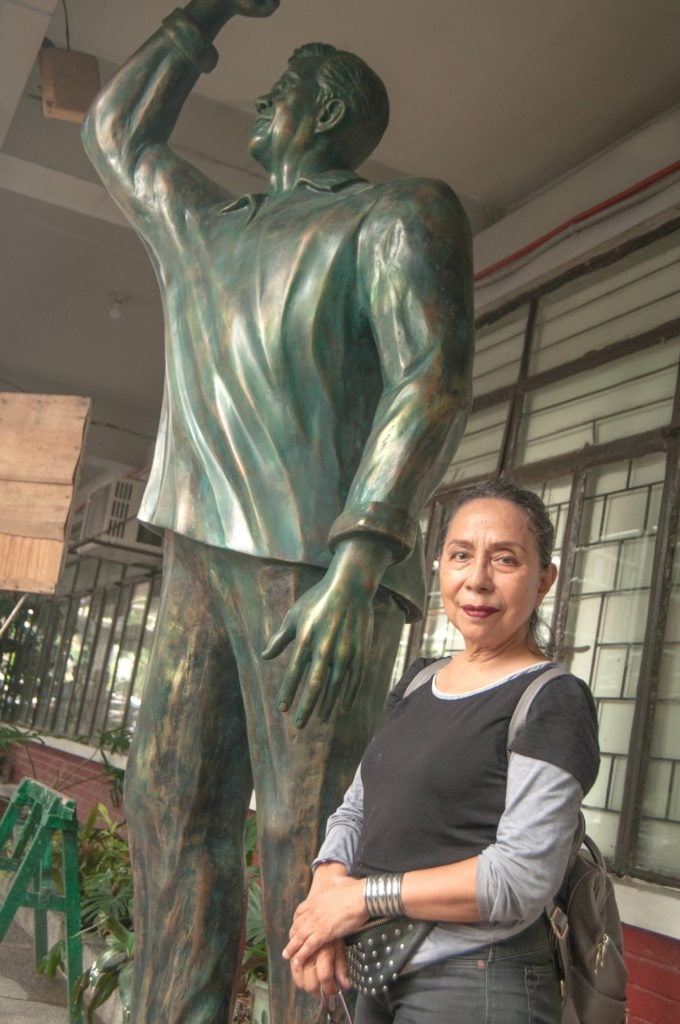 Sculptor Julie Lluch with her work.

Yes, Ka Pepe is returning to the CHR, the institution now under siege from a government reviled worldwide for its brazen abuse of human rights. The timing of the statue is perfect. For now is the time to honor and remember a tireless, fearless fighter for freedom and human decency.

“I hope that this monument to him will inspire us to speak up to protect not just our rights, but the rights of all Filipinos – regardless of where we come from, how much or how little money we have, how we worship, and what we believe in,” Maia Diokno said.

Many young Filipinos probably don’t know much about or have never heard of Ka Pepe. The 1983 BBC documentary “To Sing Our Own Song”  is an excellent introduction to his life of courage, to his strong commitment to human rights and justice.

You can easily watch it now on YouTube or on the Diokno Foundation website. During our time, we had to watch it on Betamax machines, usually during secret house meetings.

It was a dangerous time. Marcos was at the height of his power. And yet Ka Pepe agreed to be the narrator of a film that dared expose the brutality of the dictatorship.

If you want a quick introduction to the courage of Pepe Diokno, jump to the 4:00 mark of this video clip from “To Sing Our Own Song.”

This is the end of the documentary. In his closing remarks, Ka Pepe looks at the camera as he denounces the repression and injustice under Marcos.

“How can such a government stay in power?” he asks. “Because powerful nations principally the United States support it. And they support it because of my country’s strategic location and the profits that their multinationals make here….

“It looks impossible for my people and people of the Third World to get out of this trap. But we will,” Ka Pepe declares. “It would be a lot easier if you of the First World were to give us your sympathy and your understanding and prevail upon your governments to stop supporting repressive governments like the one in my country.”

The next part is the most memorable part of the film for me. I still like to watch it over and over again, feeling the power of Ka Pepe’s words.

“But whether your governments do or not, I know my people, I know other Third World people. I’ve worked with them I’ve lived among them.

“Whatever your governments do, whatever our own elites and our own rulers do, and even if we have to wade through blood and fire, we will be free, we will develop. We will build our own societies. We will sing our own songs.”