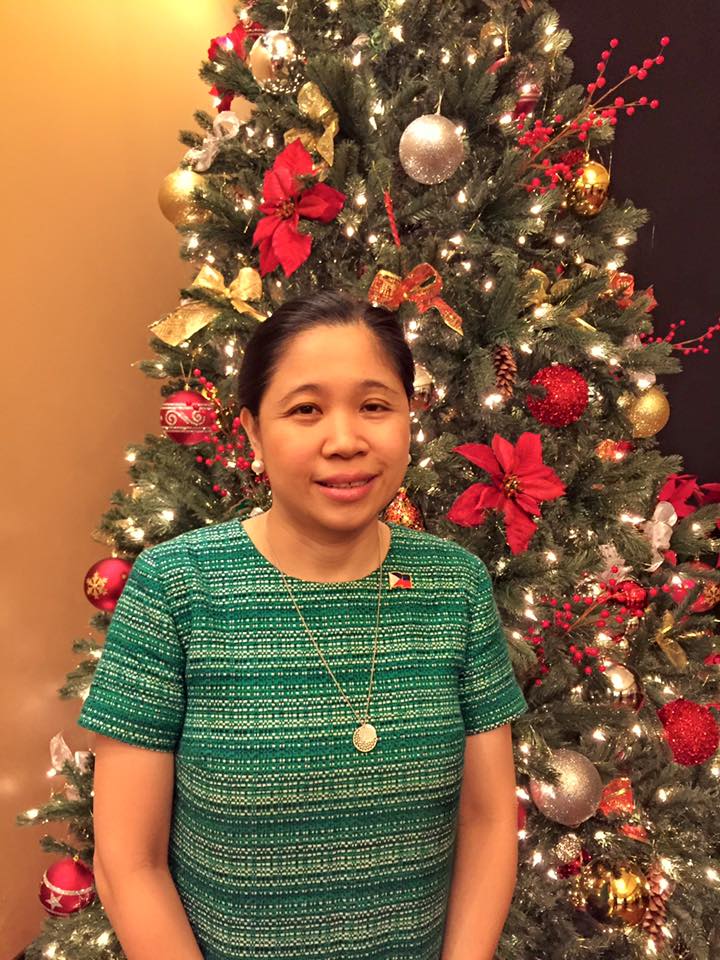 Consul General Ma. Theresa B. Dizon-De Vega will be the keynote speaker at the TOFA awards. CONTRIBUTED

On October 28, The Outstanding Filipinos in America (TOFA) Awards will present outstanding talent from six states across America, underlining the immense value added by immigrant communities to the American way of life.

“The roster of past TOFA awardees reads like an Honor Roll of Filipino and Filipino American achievers,” said Consul General Ma. Theresa B. Dizon-De Vega of the Philippine Consulate General in New York, in her message to TOFA this year.

“Indeed, their contributions to further elevating the presence and role of our kababayans in the diversity, creativity, industry, and heart of the United States are multifarious. This year’s awardees are no less deserving. Coming from different fields… they are the living embodiment of the richness, diversity, commitment, and talent that immigrant communities contribute to the United States,” De Vega added.

Longtime community advocates, Bing Branigin, a founding member of the National Federation of Filipino American Associations (NaFFAA), and Jason Tengco, NaFFAA’s current executive director, headline this year’s honorees. Branigin will receive the Community Service and Advocacy award, while Tengco, one of the Fil-Am community’s most influential millennials, is receiving the Youth award.

Joining them from the East Coast are White House executive chef Cris Comerford, who will be receiving the Heritage Award; New Jersey residents Ble Yalong, Hazel Sanchez Rapciewicz and Sir Francis Sison—this year’s awardees in the Business and Entrepreneurship, Media and Publishing, as well as Social Welfare and Advocacy categories, respectively; and Sylvia Labial Buhian for Women Empowerment.

Having carried out a nationwide search for the community’s shining examples, TOFA Awards is likewise honoring eight Fil-Ams from the American Southwest.

“As TOFA evolves and expands recognizing not only the achievements of our community members in the U.S. Northeast but now throughout the United States, we can fully appreciate the breadth and depth of the Filipinos and Filipino-Americans contributions to this country,” De Vega said.

“Asia’s King of Talk” Dr. Boy Abunda is on his third year as TOFA’s master of ceremonies. He will be joined by Emmy award-winning TV journlist Katherine Creag (TOFA 2013 honoree and host) from NBC News.