No immediate changes to Obamacare coverage 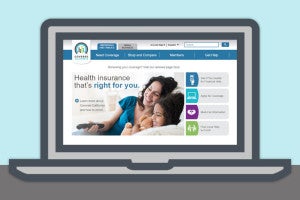 MENLO PARK, California — To the millions of Californians who obtained health insurance as a result of the Affordable Care Act, know this: Despite the election of Donald Trump, who has promised to repeal the health law, nothing is going to happen to your coverage immediately.

In fact, open enrollment for Covered California plans continues through January 31 despite the election outcome.

“Don’t panic. The open enrollment period is set,” says Myles Pappadato, an insurance agent based in Valencia whose firm, QuoteBroker, has about 600 clients with Covered California policies. He fielded about a dozen calls the morning after the election from worried consumers.

“Don’t make any decisions based on speculation,” he adds.

Beyond that, uncertainty reigns.

It’s not yet clear how Trump and the Republican-dominated Congress will seek to pick apart Obamacare next year — or how long that could take. An outright repeal might be difficult because it would require 60 votes in the U.S. Senate to overcome a Democratic filibuster, which means the Republicans would need the support of at least eight Democrats.

Republicans could use budget procedures instead to kill critical portions of the law, including the funding for Medicaid expansion in states like California and the federal tax credits that lower premiums for most Covered California enrollees.

“If the subsidies go away, the vast majority of folks are not going to be able to afford their coverage. They’re struggling as it is,” Pappadato says.

Officials from Covered California, Medi-Cal and the state Health and Human Services Agency are scrambling to figure out what’s next, but the outlook isn’t good.

“I cannot provide false comfort,” says Anthony Wright, executive director of the advocacy group Health Access California. “This is a real risk for coverage that millions of Californians depend on.”

Lyn Jutronich, of San Diego, came close to tears when describing the anxiety she felt before Obamacare. Jutronich, 44, has three children under the age of 12 who are now covered by Medi-Cal. She and her husband, a contractor, have a Covered California plan and receive tax credits.

“When my child got sick or injured, I used to ask myself, ‘How am I going to pay for this?’ That burden was completely relieved” by Obamacare, she says.

“The thought of having to go back to that is just shattering.”

Before the law, Jutronich went without insurance for more than a year because she had preexisting medical conditions. At that time, insurers were not required to cover people who had previous medical problems, or they could charge them significantly more.

The premiums for the family’s insurance — with her included — would have been about $3,000 to $4,000 a month before Obamacare, so they opted to buy a plan for the kids and her husband, because of his dangerous job.

“I’m terrified that in the near future I will have to go without insurance again, and that I will again have that horrible ‘Do I really need to take my child to the emergency room today or can it wait?’ question looming in my head,” Jutronich says.

“People have some reasonable questions and those questions will take time to answer,” Lee says. “We will be working very hard to get the word out that the subsidies are available and the rules remain in place under the law.”

No Medi-Cal changes yet

The Department of Health Care Services, which administers Medi-Cal, says, “there are no immediate changes” to that program. It did not offer advice to Medi-Cal enrollees.

But Jen Flory, a senior attorney at the Western Center on Law & Poverty, says Medi-Cal expansion enrollees should “feel free to use their Medi-Cal. If they qualify and haven’t applied, they should still apply. No new law has been passed.”

And if you’ve been waiting to get a medical procedure or delaying an exam, “don’t put anything off,” Flory suggests.

State Sen. Ed Hernandez, D-West Covina, chair of the Senate Health Committee, also wants Californians to keep enrolling in the coverage they’re eligible for and using the coverage they have.

“Continue doing what you’ve been doing. You have health insurance. Use it as you need it,” he says.

Hernandez expects California lawmakers to do “everything we can to protect patients to make sure they have access to health care.”

Could that include finding state money to replace any federal funding that may be cut?

“We have to ask ourselves the billion-dollar question: Does the state take on that responsibility?” Hernandez says. “That’s a discussion the state Legislature will have to have, but we’re not there yet.”

Wright, of Health Access, urges Californians to advocate for themselves in the meantime. “Until something happens, people should sign up for the benefits and then join the political fight to keep them,” he says.

Jeffrey Kolsin, a certified public accountant in Fountain Valley, agrees that consumers need to speak up.

Kolsin, 61, and his wife receive tax credits for their Covered California policy, and the cost of their monthly premiums would double if federal funding were cut.

“What happens to people like myself who have depended on those tax credits, and all of a sudden they’re gone and now you have this huge bill?” he asks. “How do you pay for it?”

He plans to share his opinion with lawmakers, asking them not to repeal or gut Obamacare without coming up with a replacement plan first. He wants others to do the same.

“Write to the existing and new Congress members and Trump,” Kolsin says. “Fill their mailboxes, basically saying ‘Whatever you do with the Affordable Care Act, do not kill it until the day the new law goes into effect.’”