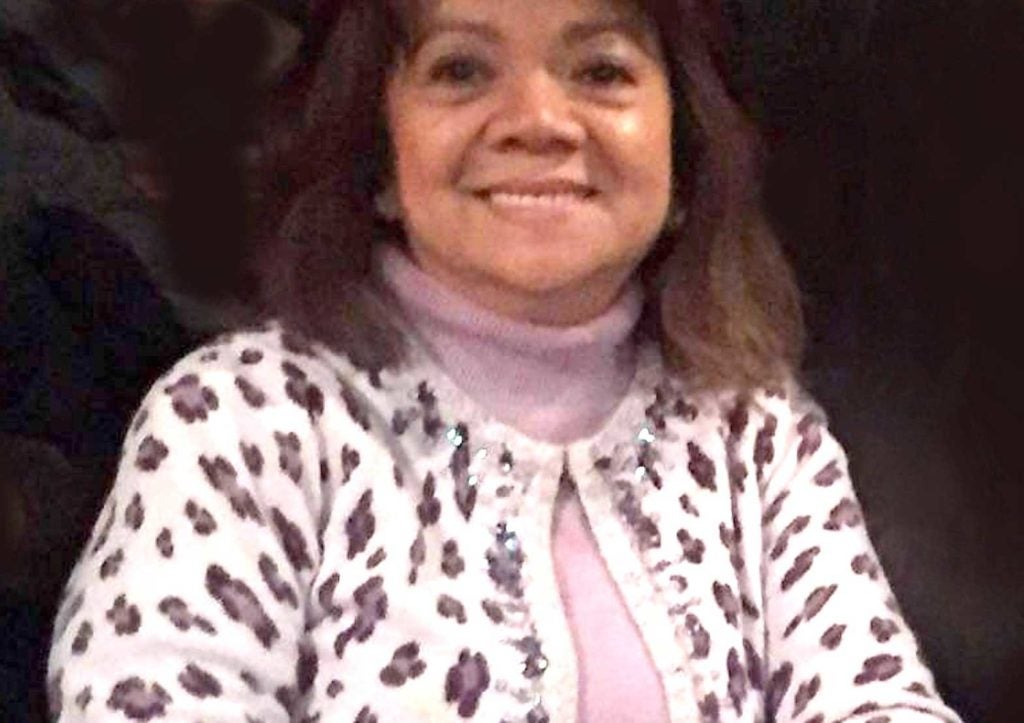 Vilma Kari, 65, was shoved to the ground and kicked in an unprovoked attack on West 43rd Street. A fundraiser for her recovery has raised more than $240,000. (NYPD)

NEW YORK — A fundraiser for the Filipino American woman who was shoved and beaten on the street last week has raised more than $240,000 as of Monday, shooting past its original goal of $20,000.

The GoFundMe was launched by Elizabeth Kari, whose mother, 65-year-old Vilma Kari, was the Filipino woman who was shoved to the ground and brutally kicked as she walked along West 43rd Street in an unprovoked attack.

Elizabeth stated that while the fundraiser could not erase “the pain and trauma my mom has experienced,” it would contribute to her recovery and be used to support organizations devoted to the Asian American/Pacific Islander community.

Vilma Kari suffered a fractured pelvis, forehead contusions and more bruising across her body, police said last week. The attack on her came amid a wave of similar attacks on Asian Americans across the country, including the deadly spa shootings in Atlanta last month.

The suspect, Brandon Eliot, 38, said, “You don’t belong here” during the attack, according to police. Eliot had previously been convicted for killing his own mother and was on parole. Arrested last week, he faces several charges, including hate crime.

“I want to start off by saying my mom is humbled by the outpouring of messages and support from not only our friends and family, but from the kind souls all over the world,” Kari wrote on the GoFundMe. “I am happy to share she is safe and in good spirits.”

While footage of the attack showed nearby building workers failing to intervene, Elizabeth Kari said a bystander across the street, in fact, screamed to distract the assailant.

“I want to THANK YOU for stepping in and doing the right thing,” Kari wrote. “I hope one day, my mom and I can thank you personally.”

By Sunday, once the fundraiser had attracted thousands more donations, Kari posted an update, saying her family was “blessed and humbled” by the support.