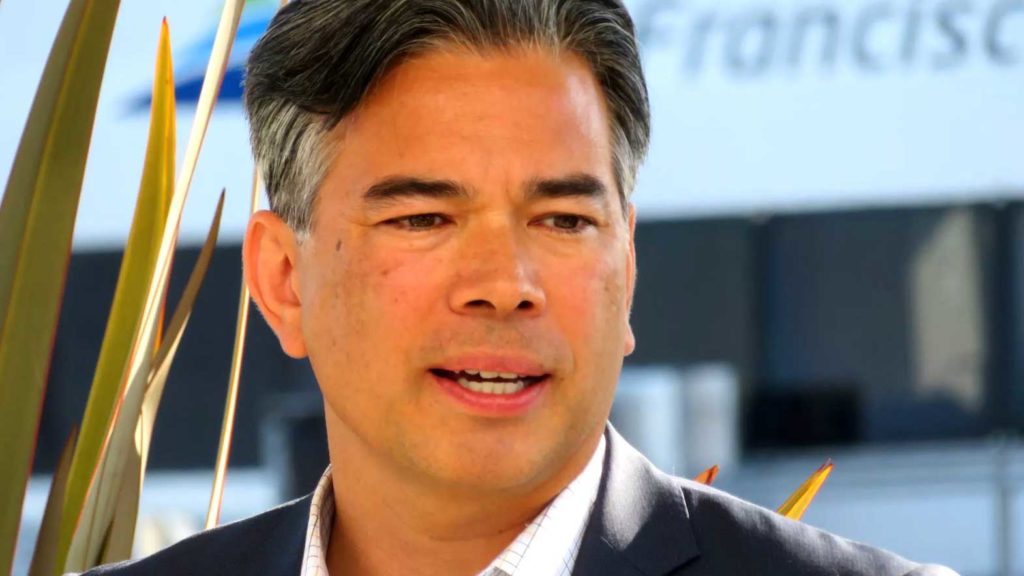 Having a Filipino named the first this or that shouldn’t automatically be a reason to celebrate. But that’s certainly the case with Bonta, who is leaving an impressive record in the state assembly.

He certainly had an impressive start. Just a few weeks after he was sworn in as a state legislator, Bonta began playing a critical role in pushing a bill that finally honored the role Filipinos played in California.

Thanks in part to Bonta’s efforts, California school districts now teach students about the contributions of such historic, but mostly forgotten, figures, as Philip Vera Cruz, Larry Itliong, Pete Velasco and Carlos Bulosan.

“As the first Filipino American state legislator in the history of California, I have the opportunity to provide a voice for the Filipino American community — a community whose contributions have been historically underemphasized in the story of our state,” he said eight years ago.

California Governor Gavin Newsom made the announcement in front of the I-Hotel in San Francisco, a powerful symbol of Filipino American activism in the United States. It was here that young Filipino Americans led the fight against the eviction of elderly Fiipinos and other Asians, a struggle that drew national attention and turned the spotlight on the housing problem in San Francisco.

Newsom said Bonta “represents what makes California great — our desire to take on righteous fights and reverse systematic injustices. Growing up with parents steeped in social justice movements, Rob has become a national leader in the fight to repair our justice system and defend the rights of every Californian.”

Indeed, what makes Bonta’s appointment significant is not just his track record as a legislator and lawyer. His political rise is notable because of who he is and how he fits into these stories of struggle that children in California now learn about thanks to him’.

In the U.S., the Bontas became activists of the historic United Farm Workers, the historic union that made the plight of US agricultural workers more widely-known, and the broader Civil Rights struggles of the 1960s.

“I grew up at the United Farm Workers headquarters in La Paz, California,” Bonta said in 2013. “My parents organized farm workers alongside strong leaders such as Dolores Huerta and César Chávez.”

Huerta and Chavez were the most well-known names of the farm workers movement. But they weren’t the only ones. When people hear of the UFW, or the great farm worker strikes of the 1960s, they typically remember people like Chavez and Huerta and the Mexican members of the movement. But Filipinos played critical and even leading roles in the movement, even though many of them have been forgotten.

It was the courageous decision of the Filipinos to wage a strike in Delano in September 1965 that started it all.

That’s one point that’s usually forgotten or ignored.  The Filipinos began that fight, and the Mexicans, led by Chavez followed, and the two groups eventually formed a powerful alliance that shook California and the rest of the US.

The rest was history.

Suddenly California farm workers were at the forefront of another major battlefield in the Civil Rights struggles of the 1960s.  And Filipinos played a significant role, although that is barely given any attention in the public discussions of that history.

That’s what Bonta tried to fix with the bill that would offer a more complete picture to students.

Bonta’s own parents worked with the legends of the Filipino legends of that movement. In fact, Bonta said that, “The stories of great Filipino Americans such as Larry Itliong, Pete Velasco and Philip Vera Cruz, and their leadership roles in the Delano Grape Strike and other critical turning points in the farm labor movement, should be learned by every child in our state.”

“Spreading awareness on this issue is a good start,” he also said. “But adding the stories to our children’s curriculum makes it certain that these important stories are not forgotten.”