Is there reason to celebrate 500 years of Christianity in PH?

Is there reason to celebrate 500 years of Christianity in PH? 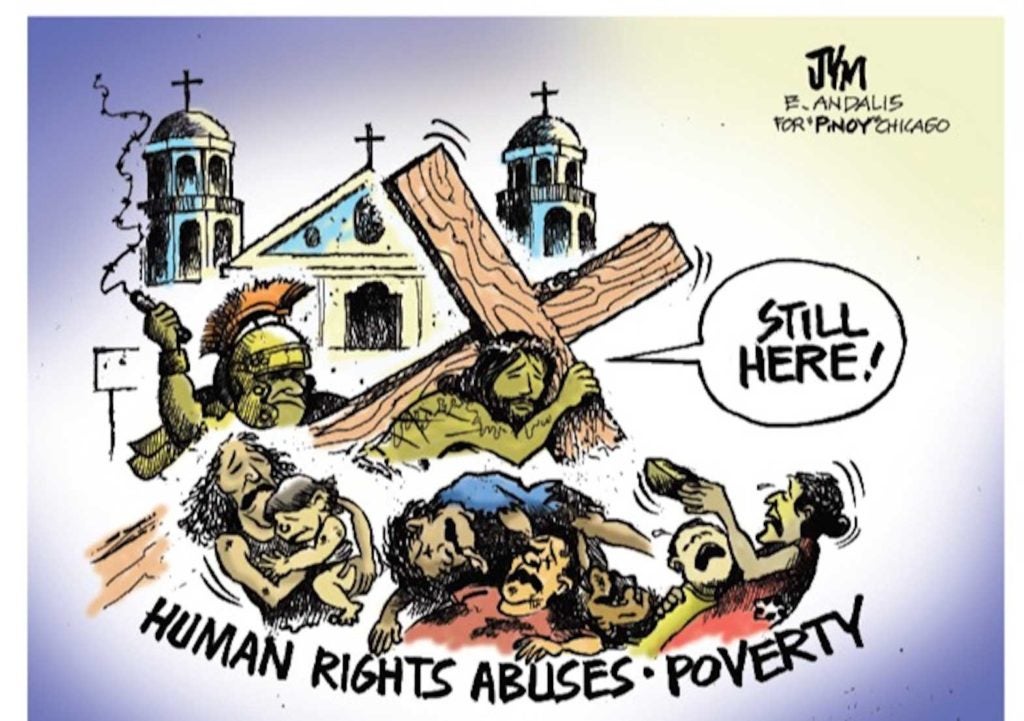 “Christianity is not a failure. It has never been tried.”—-George Bernard Shaw

Filipinos are now commemorating the quincentennial of the introduction of Christianity in the Philippines. On March 21, 1521, circumnavigator Ferdinand Magellan and his minions celebrated mass in Limasawa, Leyte and later baptized the members of a local tribe that brought about the conversion of a nation with a religion unique on that part of the world.

Today, 75 percent of the population are said to be Roman Catholics, the religion for which the Spanish Empire at the time had espoused and imposed on the lands it had colonized. This number, plus another five percent of the Protestant persuasion, prompt the Filipinos to claim to be the only Christian nation in Asia.

It is assumed that to be a Christian is to be a follower of Christ, the one who instructed his disciples on the night before he was crucified on the cross 2,000 years ago, “A new commandment I give to you, that you love one another: just as I have loved you, you also are to love one another. By this all people will know that you are my disciples, if you have love for one another.”

The other basic themes that Jesus Christ had taught, which Christians are expected to manifest in their faith follows:

Love God and Jesus is the Messiah and the Son of God.

Ask God for forgiveness of your sins. Repentance of sins is essential.

Forgive others who have wronged you. Love your enemies.

How do the 80 million Filipinos who profess to be Christians measure against these basic tenets of their faith?

Outside observers often ask why 65 percent of the people in the Philippines approve of the way their incumbent president , Rodrigo Duterte, runs the country despite the widespread human rights abuses he has committed in the course of his political career.

Thousands who fall victim to extrajudicial killings are the poor that Christ has supposedly loved so much. Moreover, no fewer than 40 million of the population are said to be living in poverty because of widespread corruption and policies promulgated by the ruling oligarchs.

It’s also unimaginable for Christ to treat women the way their misogynist leader disrespects Filipinas. In words and in deeds, Duterte savages them incessantly. Never mind if you are the vice president elected by the Filipino people. Or you are the Chief Justice of the Supreme Court. Or an acclaimed journalist. Or the courageous Leila de Lima whom he imprisoned with fake charges.

Under the present regime, democratic institutions are undermined. The judicial and legislative branches are cowed into submitting to his whims. Freedom of the press is suppressed. Critics are harassed, silenced or jailed.

Those who suffered under the oppressive martial rule of dictator Ferdinand Marcos are witnessing a worst situation under this present administration. Marcos was careful not to disrespect the Church, unlike Duterte who now glories in heaping foul invectives on no less than the Pope and other religious leaders.

What rationale then can Filipino Christians put forward to justify their claim that theirs is the “only Christian country in Asia.” By our deeds they will know we are Christians…” so goes a popular gospel song.

The widespread silence of the Filipinos amid these atrocities is alarming, to say the least. Within the realm of the Christian faith, the indifference of the Filipino believers…their absence of moral outrage, undoubtedly qualifies as a “mortal sin.”

No less than Pope Francis celebrated a mass to mark 500 years of Christianity in the Philippines. Given the state of affairs back home, is there really a reason to celebrate? But if Filipinos are to do so, their response to circumstances gripping the nation should be Christ-like.

Then celebrate they must. Short of that, Filipino Christians are nothing but complicit in the fast decline of the Christian faith. It is Christ back again at Via Dolorosa on his way to Golgotha.