Biden addresses Asian Americans fears, but what took everyone else so long?

Biden addresses Asian Americans fears, but what took everyone else so long? 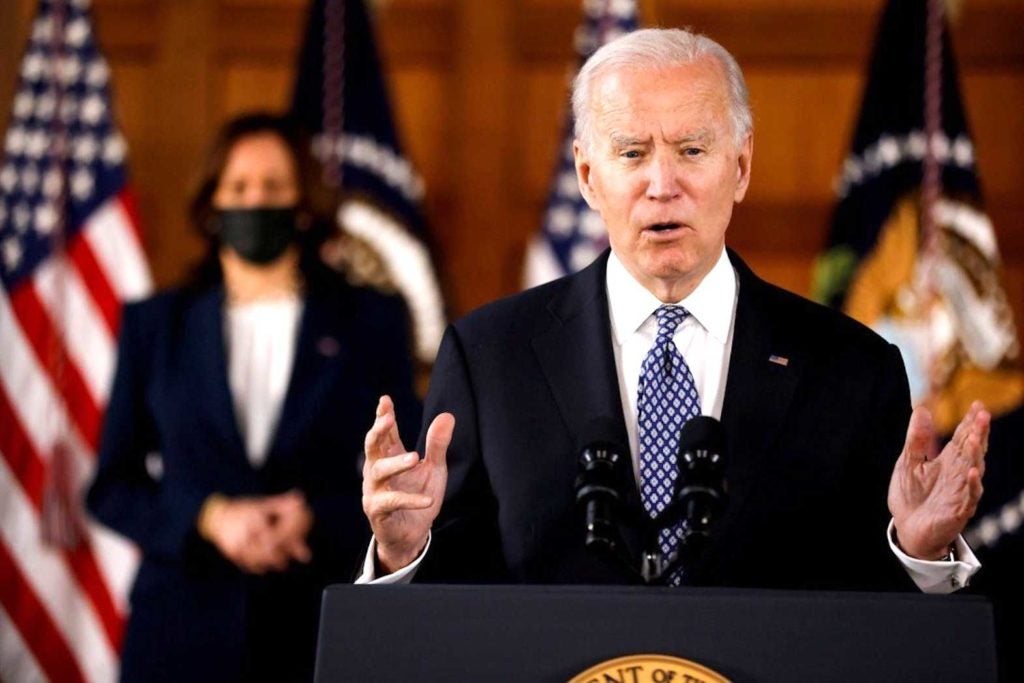 Suddenly, they see us. We’re in the news. Six Asian American women are dead after a mindless, despicable killing spree in Atlanta. Even President Biden and Vice President Harris visited the scene.

“It’s been a year of living in fear for their lives. Hate violence often hide in plain sight. It’s often met with silence. That’s been throughout history. And that has to change. Because our silence is our complicity. We cannot be complicit. We have to speak out.”

Here’s how significant this all is.

In Atlanta, the place where MLK is entombed, we’ve just established our own Asian American civil rights landmark. For as long as there’s an Asian America, we’ll be talking about Atlanta.

In previous weeks, I’ve mentioned Vincent Chin, who was beaten to death in 1982 with a baseball bat in a suburb of Detroit. It set off an outcry that put “unity” in community and defined Asian American activism for generations. (See my piece here.)

It’s been almost 40 years since Vincent Chin’s murder. And now we have a hate crime that defines a new generation. That’s what Atlanta gives us historically.

But hate crime, you say? We’ll get into that in a second.

First, let’s talk about what took so long for everyone to notice the vulnerability of every Asian American in the nation.

The signs were all there, but people refused to see us. They were blind to the obvious. Were we gaslit? No, we were just ignored, as usual. Obscured by indifference.

But Asian Americans have been paying attention and we’ve been sounding the alarm for a year. It was on March 19, 2020, when reporters first questioned the previous president and took him to task for his excessive and cavalier use of the phrases “Kung flu” and “China virus.”

The mainstream media noticed it at first, then quickly dropped it. But those of us focused on Asian America didn’t let up.

It was Trump doing what he did best: divide the country with a hate rhetoric and give the green light to white supremacists. And then they were showing up everywhere. As the racists came out of the shadows, we got pushed into the dark.

My columns and podcasts covered the steady rise of anti-Asian hate instances, including the start of Stop AAPI Hate–the website run by San Francisco State University’s Asian American Studies Department in the College of Ethnic Studies–when the number was at a modest 700 cases.

People spat on us, called us names, and told us to “go home.” But we were home.

There was the stabbing attack on Bawi Cung and his family in Midland, Texas. It was ugly, but nothing we hadn’t seen before, right?

As Trump blamed China for the virus, he showed little concern for Asian Americans, who were being scapegoated and delivered to the Trump base as the convenient enemy.

But why quibble? Considering that most people don’t report racial incidents, let’s not downplay the fact that the number is too close to 4,000 for comfort. That should be enough to make all Americans concerned about freedom, democracy, and racial justice more than a little worried.

By the end of January, Asian American activists highlighted a video that captured the brutal attack on Vichar Ratanapakdee, 84, a Thai immigrant in San Francisco. He was the first death.

And then, just last week, Pak Ho, 75, in Oakland, died from a head injury during a robbery attempt. Two elderly Asian Americans in hate attacks is a local story, right?

Here’s what it took for people everywhere to notice what was happening. Eight people dead—six of them Asian women, after a 21-year-old gun zealot shot up three Asian spas.

That Georgia news conference
The cluelessness continued on Wednesday, at the first press conference, when Captain Jay Baker of the Cherokee County Sheriff’s Office sounded as if he were looking for a defense for the white suspect, Robert Aaron Long.

Baker said Long had essentially admitted to the killings, but said that sex may have been the motive. Not race? Long, now charged with eight murders, “had a bad day,” according to Baker.

Baker is off the case now. But besides the “bad day” gaffe, reporters found a post on Baker’s Facebook account that showed a T-shirt with the words “Chyna-Virus” spelled phonetically in that special way Trump sounds when he squints his eyes and tries to show just how racist he can be.

If the Cherokee Sheriff’s Department sounds like the security detail of the Trump base, it’s no coincidence. The Sheriff himself, Frank Reynolds, has been linked to Blackwater, the infamous private security company .

If the Cherokee County Sheriff is reluctant to charge hate crimes, the Atlanta Police are still considering the possibility. Since the state law was recently expanded to include sex and gender, it would appear that six Asian women dead at three Asian-owned spas would give law enforcement more than enough probable cause.

But you have to see us first.

A friend’s reaction
When I talked about the shootings to a friend of mine–who is white and considers himself a progressive–all he could think about was guns, God, and sex.

“And the kid, “my friend said, referring to the suspect, Robert Aaron Long, “was there any evidence of a hate crime?”

Do six Asian women and three Asian spas sound like a coincidence? Any good prosecutor could establish the elements of a hate crime.

Here’s a coincidence: Rep. Grace Meng and Sen. Mazie Hirono had previously called for a Judiciary Subcommittee hearing on Asian Americans this week, as they introduced a new Covid Hate Crimes Bill. It would get the Justice Department more involved in tracking hate crimes. But the most important testimony at Thursday’s hearing was from the historians who once again reminded Congress of the racist history toward Asians, from Chinese exclusion, to Filipino and Indian exclusion, to Japanese American incarceration in WWII, to immigration bans. Men were emasculated and infantilized. Women were fetishized and sexualized. Racism has always been a part of our Asian American lives.

It’s hard to imagine Robert Aaron Long relying on a sex addiction defense if it plays right into the historically sexist, racist, misogynistic view of Asian women. That puts him squarely in hate crime territory.

But my friend doesn’t see it that way. He’s like so many other well-meaning Americans. There are more than 23 million Asian Americans in this country, and they just don’t see us.

Hate crime? “It did not occur to me,” my friend said.

I give him a break because blind spot or not, he’s still an old friend. But it’s also the astonishing thing about Atlanta. Given the racist rhetoric of Trump, and the slow build of spit and epithets, it was bound to happen–yet no one saw it coming.

Just us. We’ll be talking about this story for a long, long time.

For previous generations, Vincent Chin was always the call to justice. For a new Asian American generation, it will be Atlanta.

The hate’s the same. The names have changed. If hate crime enhancements aren’t  forthcoming, it would definitely send Asian Americans a harsh message of our real value in this country.

It will also test the community’s strength. What will our response be then? Will others feel our pain, join us, and speak up with us?

Or will we be left wondering how we  get justice for the six Asian American women killed?

Hyun Jung  Grant, 51, the single mother who worked at Gold Spa to support herself and her two sons.

Yong Ae Yue, 63, a worker at the Aromatherapy Spa.

They are our dead, the latest in the sad narrative of Asian Americans in this country since the 19th century, an agonizing history of recycled hate.

Emil Guillermo is a journalist and commentator. He writes a column for the Inquirer.net North American Bureau. See his vlog/blog at www.amok.com