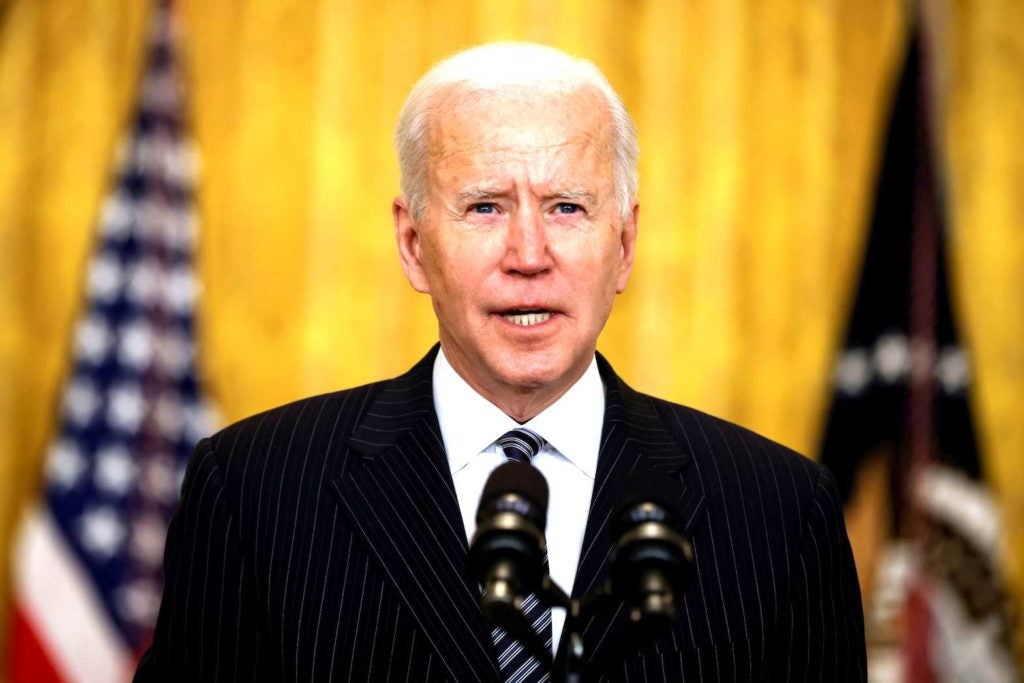 U.S. President Joe Biden speaks about the state of vaccinations during a coronavirus disease (COVID-19) response event in the East Room at the White House in Washington, U.S., March 18, 2021. REUTERS/Carlos Barria

NEW YORK – The number of Americans who approve of President Joe Biden has grown steadily since he took office, according to Reuters/Ipsos polling released on Friday, driven by concrete steps his administration has taken to address the public health and economic crisis caused by the coronavirus pandemic.

The March 17-18 national opinion poll found that 59% of adults in the United States approved of Biden’s overall job performance, while 35% disapproved and 6% said they were not sure.

The number of adults who approve of Biden is up by about 4 percentage points since a poll that ran in late January, and the increase is largely due to a rise in Biden’s popularity among independents.

About six in 10 independents said they approved of Biden in the latest poll, up from about five in 10 who felt the same way in January.

The poll found that Americans appear to be the most satisfied with Biden’s handling of the nation’s coronavirus response, and more than half of the country approves of his influence on the U.S. economy.

Sixty-five percent of Americans said they approved of Biden’s handling of the pandemic, and 52% of adults said they liked his stewardship of the economy and jobs.

The strong approval numbers come as more coronavirus vaccines are administered in the United States, with the country on track to meet the president’s goal of administering 100 million doses well ahead of a late April target. The United States has been so successful at securing a vaccine stockpile that Biden has started to make plans for supplying other countries with doses of a shot that has yet to receive U.S. authorization.

Meanwhile, the public also has started to receive cash payments as part of a $1.9 billion stimulus plan that Biden and congressional Democrats approved earlier this month.

The poll showed the public was more critical, however, of Biden’s record so far on immigration, as the administration confronts an influx of migrants at the southern border with Mexico.

Republican leaders have been sharply critical of the president’s interest in rolling back some of his predecessor’s hardline immigration policies, and they largely blame him for the waves of new migrants crowding the border in hopes of entering the country.

The Reuters/Ipsos poll was conducted online, in English, throughout the United States. It gathered responses from 1,005 adults, including 456 Democrats and 374 Republicans. The poll has a credibility interval, a measure of precision, of four percentage points.