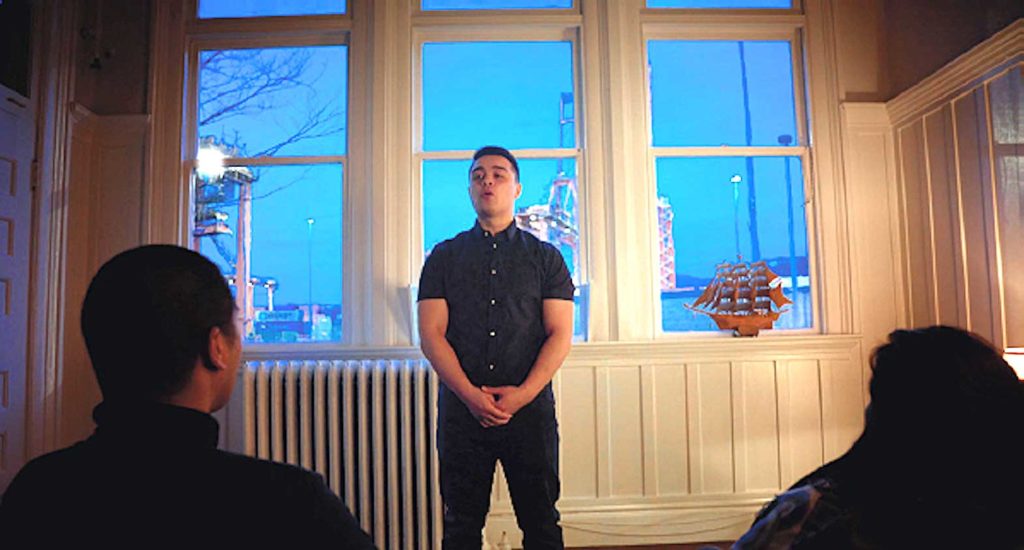 VANCOUVER, BC – Filipino Canadian filmmaker Joella Cabalu poetically renders the history and plight of Filipino seafarers in her new short documentary Ode to a Seafaring People.

Produced by Lantern films through a commission by the Knowledge Network, the film premiered at the Seattle Asian American Film Festival under the Trace Your Roots short film program along with another Filipino American film, A Work of Love: Preserving Fil-Am History, on the life and legacy of Filipino American National Historical Society founder Dorothy Laigo Cordova.

The Knowledge Network, British Columbia’s multi-platform public broadcaster, under the British Columbia Documentary History Project commissioned 150 films through various production outlets. Ode to a Seafaring People is the only Filipino story out of the 150 short film commissions.

Ten of these films were produced through Lantern Films. Producers Jessica Hallenbeck and Dave Rodden-Shortt had approached Cabalu in late 2018 to be one of the filmmakers for the series of short film commissions involving historic sites and buildings in BC. 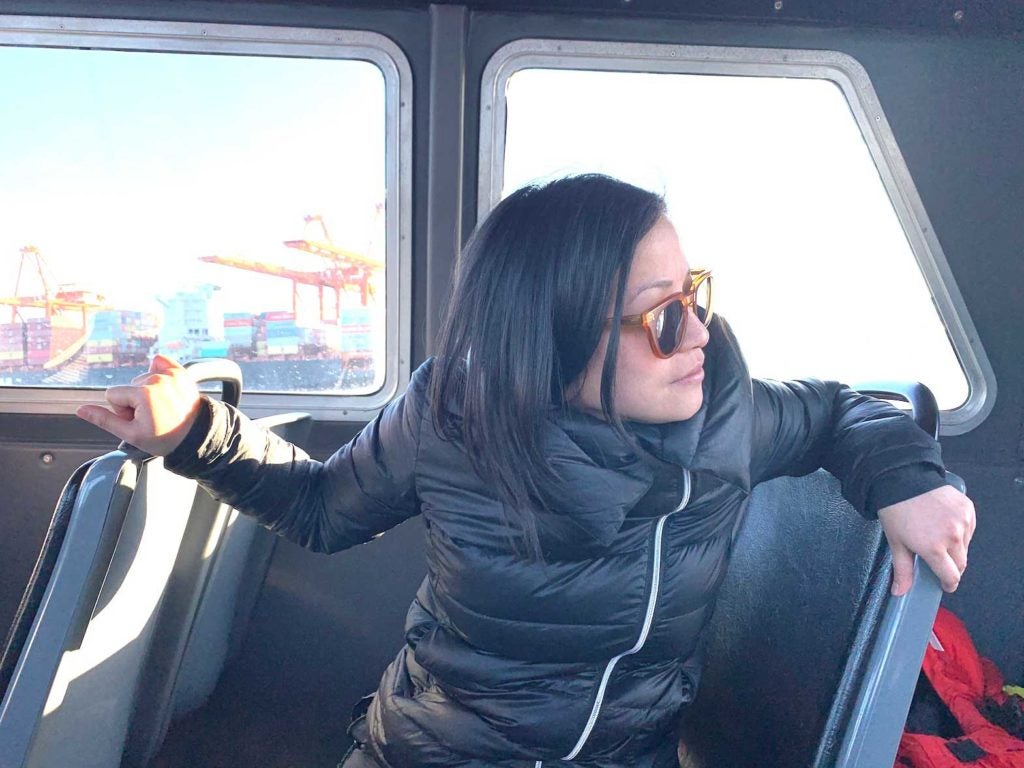 “They had approached me about The Mission to Seafarers building,” says Cabalu. “I live in Vancouver, I’m fairly close to this port, like a 15 minute bus ride away. This building, which is a prefabricated 1940s house that is in the middle of the port that’s surrounded by all these shipping containers and cranes, it’s really just tucked away in there.”

The Mission to Seafarers is a worldwide charitable organization that advocates in “caring for seafarers around the world.”

Other than being an “advocate for seafarers, keeping a watchful eye on conditions on board, and helping them know their rights,” the missions also cater to the needs of seafarers who disembark at the port with a “ministry of ‘presence’ and ‘hospitality’ by providing a ‘home away from home”” where seafarers “can go and relax, speak with family, watch TV, play pool, send money home, buy a snack or two.” They also “provide transportation to take them to the centre or to the mall.” 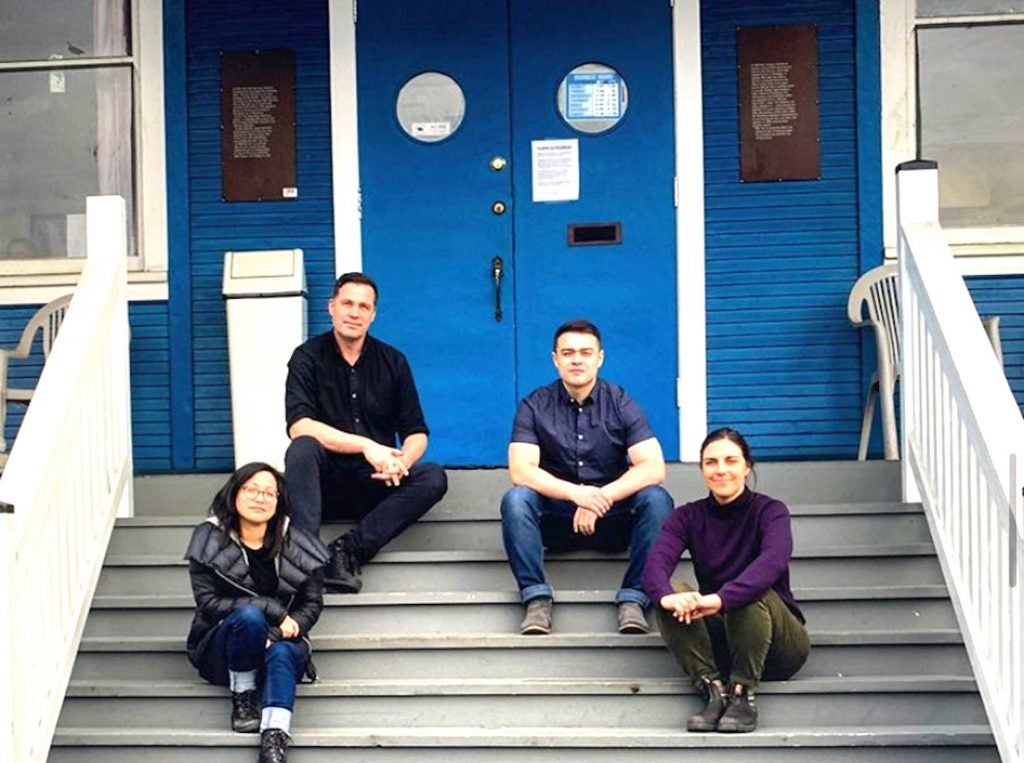 It was the first time that Cabalu became aware that such a building existed and she peripherally knew about seafaring.

“I did more research. [I was] just floored… There’s a majority of Filipinos in this industry. In some ways, it was a gateway into telling these histories that are untold in the larger history of

The nature of the project posed some challenges. First, this short film series was originally intended for broadcast on the Knowledge Network, which meant that the film would only be three minutes long in order to fit into a 30-minute program block.

“How do you pack so much information?”

As a public network, the Knowledge Network does not air commercials but has short films fill most of their interstitial programs on behalf of commercial breaks.

Then came the challenge of deciding on what approach to take in creating the film. “There’s certainly one approach that’s typical and I’m used to: find a character, find an aspect of the story, and do a fairly conventional documentary style.”

Cabalu recounts how one of the commissioning editor’s advice had helped inform her approach to the project.

“One way to look at interstitials is like a song that will play numerous times on a broadcast. It becomes so catchy that you start remembering it. That was one way I was looking at approaching this.”

During the research and development period, Cabalu, with the initial challenges she faced, was still thinking of doing a more conventional approach to the project. The bigger challenge of finding a subject became the catalyst for reimagining the film she was making.

“It proved to be very challenging to meet a seafarer. You would have to get permission from these multinational companies. That made me think more outside the box.”

Cabalu thought about the fact that 90% of all that we consume are brought over by seafarers the world over. 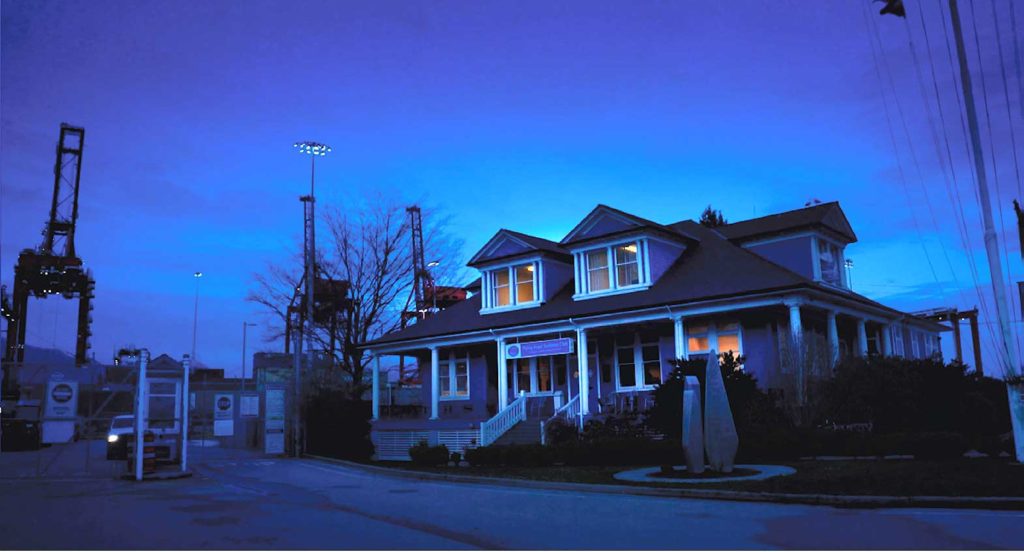 The Mission to Seafarers building at the Vancouver Waterfront. Screenshot from Ode to a Seafaring People courtesy of Lantern Films.

The success of her film It Runs in the Family (2015), “about her LGBTQ family members’ experiences,” opened doors to the local Filipino community and the diaspora. It was how she first met the poet and spoken word artist, Sol Diana, who became a collaborator on Ode to a Seafaring People.

Working with Diana was a “very collaborative process. I always deferred to him, ‘You are the poet,’” says Cabalu.

Ode to a Seafaring People was filmed on February 26 and 27, 2020. A striking feature is its use of color—a palette of predominantly deep blue hues with a splash of amber that serves as a visual metaphor for its message.

“We really wanted to show interiority, the warmth of Sol being inside the space versus the exterior, and that is really contrasted when we are introduced to these massive looming shipping vessels.”

Post-production for the film was completed in June 2020 in the middle of the pandemic. “That was all done remotely. Listening to sound mixes on my really poor headphones…”

Cabalu had to deal with the challenge of doing post-production work through Zoom sessions with editors Hallenbeck and Rodden-Shortt.

Ode to a Seafaring People honors the history, mythology, and presence of Filipinos as excellent seafarers, but also lays bare their plight and the realities of leading a seafaring life in the wake of capitalistic forces catering to a consumerist society.

“Film cannot speak to all of those experiences. It has to speak authentically to whoever is featured,” says Cabalu.