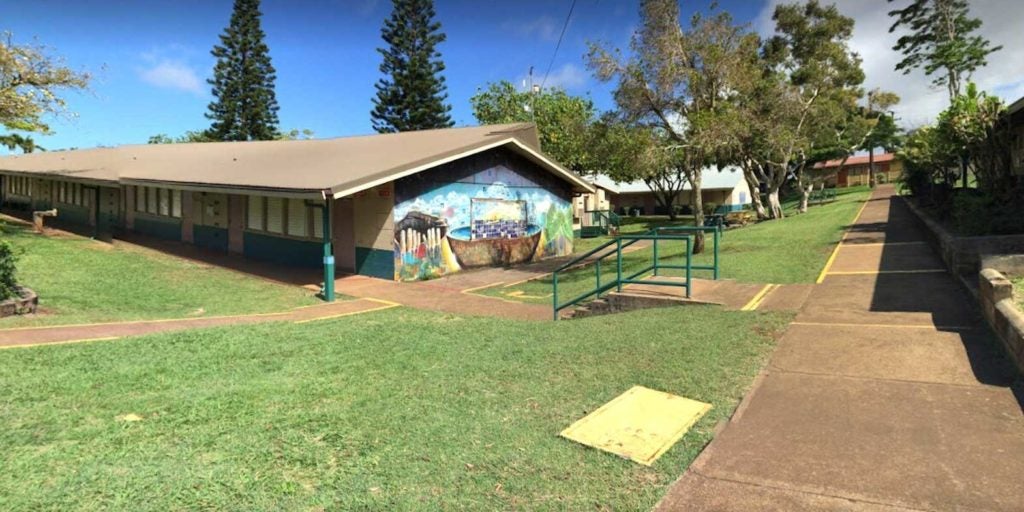 Lanai Elementary School is among the postings for teachers from the Philippines hired by Hawaii’a Department of Education.

The new program is aimed at bringing to Hawaii highly qualified teachers from the Philippines to fill the teaching gaps, in areas like math, science and special education. In addition to the three on Lanai, another Filipina is teaching science at Nanakuli High and Intermediate on Oahu, according to a Civilbeat.org report.

Other states facing teacher shortages have turned to this option in recent years, but it’s the first attempt for Hawaii

The teachers traveled to Hawaii on a J-1 cultural exchange visa that allows up to a three-year residency followed by a possible two-year extension. This provides relative continuity in a state where only about half of the teaching recruits from the mainland reach the five-year mark because they often end up quitting and returning home, to be closer to family or due to the state’s high cost of living, according to Civilbeat.

A DOE recruitment visit to the Philippines early last year found 71 potential candidates and recruiters were prepared to move forward with 28 of them. But then COVID-19 hit and complications with the visa process followed.

The four teachers from the Philippines were supposed to arrive in Hawaii last June, but their journey was impeded.

First, the Trump administration paused all work-related visas, including the J-1 cultural exchange program, and then the Filipino government imposed a moratorium on participation in programs to the U.S., according to James Bell, chief operating officer of Texas-based Alliance Abroad Group, the vendor DOE is using to facilitate the teachers’ arrival on island.

Following legal action and a special exemption for teachers offered positions before the pandemic took hold, some new J-1 teachers who were supposed to start in the summer were able to pick up after the winter months, he said.

“Teachers who were hired prior to the moratorium were permitted to still participate, and in the fall the U.S. Embassy in Manila resumed visa appointments,” Bell explained via email. “We were granted dispensation by the (U.S.) State Department to allow these teachers to begin their placements after the holidays through the academic year.”

According to Kerry Tom, director of personnel management for the DOE, the arrangement with Alliance Abroad Group is cost-free for the state, with the visa costs shouldered by the teachers themselves. AAG charges participants $4,300 for something called a “teacher exchange full placement,” but in some cases the cost can be much steeper.

Daisy Lyn Dela Rosa, 30, an elementary special education teacher on Lanai, said the total cost to come here has been upwards of $12,000, which she is slowly starting to pay off on a monthly financial plan. However, she still comes out ahead thanks to the salary paid by the DOE.

The newly arrived teachers took over their classes at the start of the second semester on Jan. 4. Elementary school students are currently attending classes in-person on Lanai — alternating times on campus so classrooms are not too crowded.

The out-migration of teachers in the Philippines has been an ongoing trend for some time now, driven by low compensation and high workloads back home where the monthly pay is roughly $640 a month in U.S. dollars, according to Dela Rosa.

The overseas teachers receive the same salaries as their American counterparts with comparable years of experience and training — meaning their salaries range from $40,000 to nearly $57,000 because they have master’s degrees and are “Class III,”according to Tom.