Martin Edralin had began immersing himself in conversations about representation in media around six years ago when he started conceptualizing his first feature film.

The Filipino Canadian filmmaker had already worked on a number of shorts at that point. His first was about a middle-aged man with a physical disability who longs for sexual interaction. Another was centered around a teenage girl with alopecia, a hair loss condition. He has also worked on a few short documentaries, including one about the first Jewish architect in Toronto.

But conversations about diversity in entertainment he remembered hearing more of in 2015 prompted him to re alize that he hadn’t yet made a Filipino film.

Edralin’s feature film, “Islands,” tells the story of Joshua, a single, timid, middle-aged Filipino immigrant who has lived with his parents for his entire life. He finds himself longing for a partner and feeling afraid of being alone as their health deteriorates. The film is slated to make its worldwide premiere at the South by Southwest Festival online on Tuesday at 12 p.m. Pacific Time.

In creating the film, Edralin drew from his own parents’ retirement.

“That made me think a lot about the transitions of going into retirement, me getting older, and then that thing where we’re expected to look after our parents,” he said. “And we also feel the responsibility of having to take that on because that’s part of our culture.”

Edralin said he’s seen stories about sisters, daughters and aunts who never get married and stay at home to take care of their parents. He said he hasn’t seen many stories in media about single men in that situation, but believes there are many families who have older uncles who are unmarried. That led him to think about what his life would be like if he didn’t have a partner, he said.

He was also curious about what being unmarried would be like for someone who never experienced love.

For the title of the film, Edralin chose a “Islands” because it captures the way he views the three main characters, Joshua, his father Reynaldo and his cousin Marisol: each living in their own little island with their own separate lives.

“I think that’s sort of also my experience,” he said. “I feel like that’s how I felt my entire life. I think we can often feel alone, even around people. And now I find it really interesting to think about how all of us are kind of living in our own islands as well.”

While Joshua is the main character in the film, there are two scenes that Edralin said are particularly important that don’t center around him.

One is when a group of Filipinos in a dancing class sing the Canadian national anthem. Its significance is tied to how the dialogue in the film is almost entirely in Tagalog, which was a decision he made based on his observations of older Filipinos in Toronto – most of whom he said are immigrants. 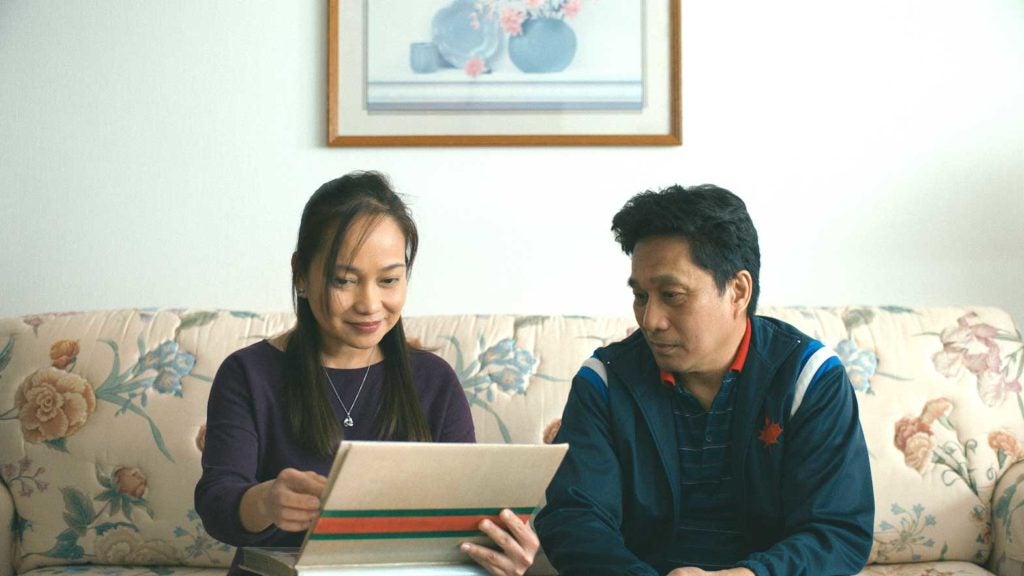 “For me, I’m trying to make the statement that these immigrants are Canadians,” he said. “I think that it’s important to point out that immigrants are citizens as much as anybody else. And we’ve made huge contributions to a country in so many different ways.”

The second is when one of the lead characters shares her experience of working in Kuwait. It was something he wrote into the script based on conversations he had while doing research for the film with overseas Filipino workers who worked in the Middle East.

“Just to think about the sacrifices a lot of them are making just to make money, but doing the hardest work and then sending it home, but then also being absent from the home,” he said. “It’s such an interesting and sad way to live where they’re the breadwinners of the family, and the only way they can support their family is to be away from it.”

Edralin said he hopes people who watch his film will feel empathy toward people like Joshua and people in general who might find themselves in various circumstances.

“For Joshua, it could have just been bad luck, it could have been causing anxiety or just being sort of passive,” he said. “I know people who just kind of go through life thinking that the love of your life is going to walk into your life, and then you’ll just get married and have kids. But it takes effort and luck. And and I guess, just overall, you know, that life is hard. We all have different situations that are difficult, but we should just keep dancing.”