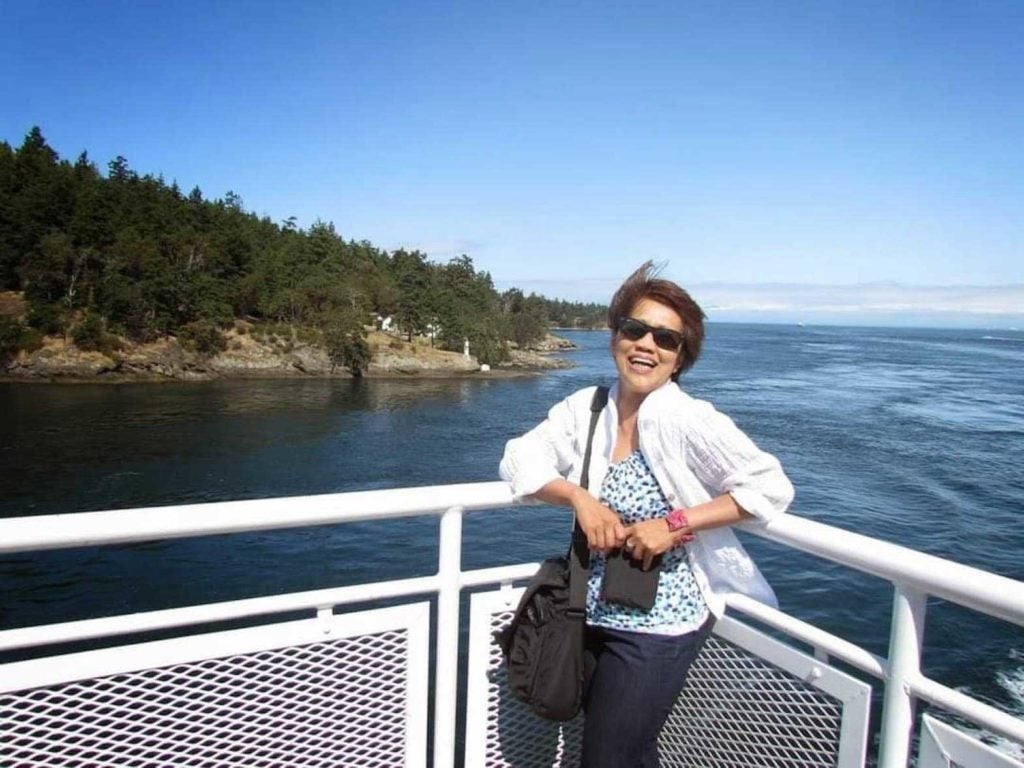 Lina Agulay and her husband, Leonilo, were in a vehicle that was hit head-on by a driver who appeared to have crossed the median while traveling westbound on Low Level Road in Vancouver. CONTRIBUTED

RED DEER, Alberta –A Filipina in North Vancouver, British Columbia, who was killed in a car crash has left a lasting legacy of a life devoted to helping those in need.

Outpouring of sympathy for the family left behind by Marcelina “Lina” Perdido Agulay has not stopped since the news of her death shocked the community on March 2.

Lina and her husband, Leonilo, were in a vehicle that was hit head-on by a driver who appeared to have crossed the median while traveling westbound on Low Level Road in Vancouver. The impact killed Lina while her husband remains in intensive care unit, a relative told INQUIRER.net. Alcohol is believed to have been involved, according to the police.

Eileen Blanco Castillo, niece of Lina who lives in Calgary, Alberta said her aunt was active in pandemic responses led by her group, Migrante BC. “She always wanted to help those who were (affected) by Covid-19,” said Castillo.

Lina who was 65 at the time of her death told Castillo the pandemic was keeping her busy because many have lost their jobs due. She was also an early childhood educator at a daycare center.

Lina, who hailed from Sanchez Mira in Cagayan and had a degree in agriculture came to Canada in 1995 as a caregiver. After becoming a permanent resident, she was able to collect her family from the Philippines after three years.

“Lina was a doting grandmother, a beloved wife, a gifted crafter, a generous and engaged community member, an active union member with the BCGEU, and a well-loved Migrante BC member known for her smiles, good sense of humor, a big and generous heart for her kababayan,” said a post on a GoFundMe page to help the family with expenses and bills.

Close family member Karissa Abad thanked supporters in an update on the page on Sunday.

“We are overwhelmed by the outpouring of love and support. We are speechless. We are truly blessed and thankful for everyone helping us during this very difficult time. Maraming salamat po!”

B.C. politicians who worked alongside Lina echoed her legacy as a migrant rights advocate.

B.C. Premier John Horgan tweeted, “Marcelina was a tireless advocate for working people and making life better for everyone in our province. She will missed by our whole @bcndp family”.

Lina actively campaigned for the New Democratic Party (NDP) in the province in the last elections.

In a tweet on Wednesday night, Member of the Legislative Assembly (MLA) Bowinn Ma described Lina as “kind, principled and fearless organizer for the marginalized working class.”

Beth Dollaga of Migrante BC remembered Lina’s gentle spirit, “yet strong sense of social justice and willingness to lend an ear to someone in need, made her an exceptional friend and community organizer”.

Filipino Canadian National Congress President Narima dela Cruz on her Facebook page said, “I am still trying to comprehend the fact that our community is now grasping a senseless loss of someone with such serviceable life.”

Due to pandemic restrictions in the province, Lina’s family said her celebration of life may be held in 3 months. The crowdsourcing page dedicated for her family remains open at https://www.gofundme.com/f/support-the-family-of-marcelina-perdido-agulay?qid=a5755aea4427d5f41f9fd99b4d60f0cc.