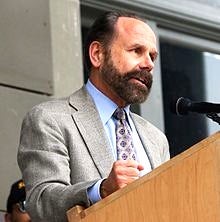 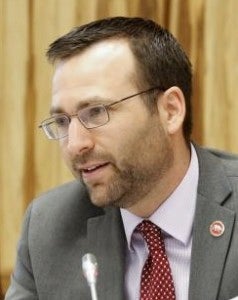 SACRAMENTO, California – State Senators Jerry Hill and Ben Allen filed a joint resolution calling on other states to pass National Popular Vote legislation to ensure that electoral votes for the president of the United States reflect the will of American voters, superseding the Electoral College.

National Popular Vote legislation commits a state to abide by an interstate compact to award the electoral votes of that state to the presidential slate winning the most votes nationwide.

“National Popular Vote legislation guarantees that each vote Americans cast in a presidential election counts equally — it ensures that the leader of our country holds our highest office as a result of winning the national popular vote of the American people,” said Sen. Hill, D-San Mateo and Santa Clara Counties.

“The Electoral College is an undemocratic anachronism that was intended to pacify slave states during the constitutional debates,” said Sen. Allen, D-Santa Monica, who is a member and past chair of the Senate Committee on Elections and Constitutional Amendments.

“It was created at a time when it was simply too radical for the people to directly elect their president. Our democracy needs to evolve to reflect modern values and population changes. If we can’t repeal the Electoral College outright, we need the NPV law in enough states to render it meaningless,” Allen added.

In contrast, in most states, all of a state’s electoral votes are awarded to the presidential slate that wins in that state. The state-by-state, winner-take-all practice now prevailing in the Electoral College makes it possible for a candidate to lose the national popular vote, yet win enough electoral votes to become president – as happened this year and in the presidential elections of 2000, 1888 and 1876.

Joint resolutions require the approval of the Senate and the Assembly, but do not require approval by the governor.

If Senate Joint Resolution 3 is passed by both houses, it will be sent to the majority and minority leaders in each house of every state legislature in the country and to each governor.