Marcos, the papal nuncio and the bishops

Marcos, the papal nuncio and the bishops 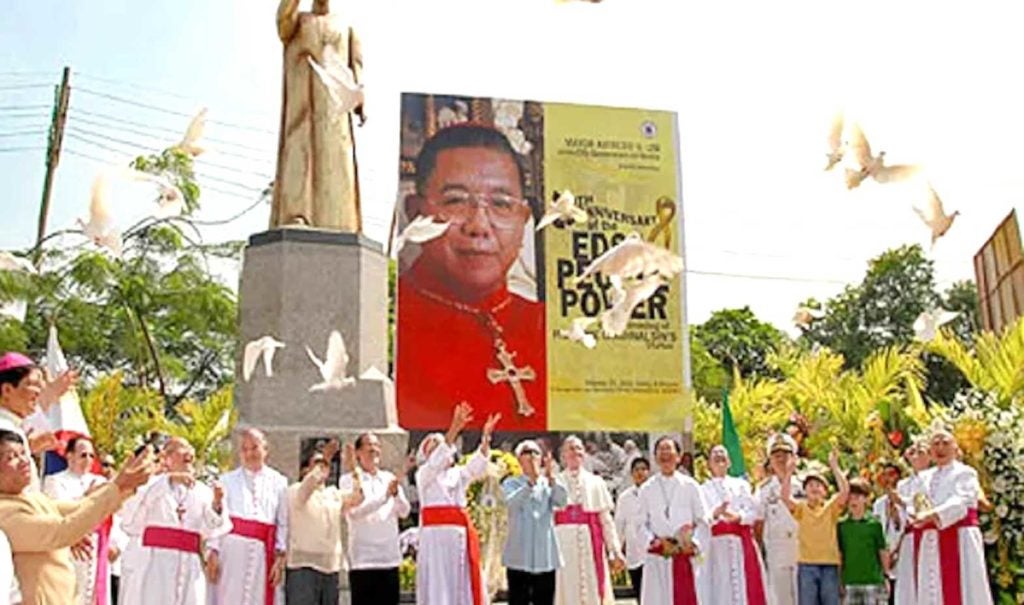 Manila Archbishop Rufino Cardinal Santos, who apparently favored the Marcos administration, witnessed the presidential inauguration of the strongman twice, in 1965 and in 1969. Cardinal Santos died in 1973, the same year the Holy See appointed Archbishop Bruno Torpigliani as nuncio (1973-1990), the longest-serving apostolic ambassador to the Philippines.

Like Cardinal Santos, Julio Cardinal Rosales (1906-1983) of Cebu did not express opposition to the Marcos dictatorship and, until his retirement in 1982, the good prelate maintained a cordial relationship with the Marcoses.

Cardinal Rosales’ successor, Ricardo Cardinal Vidal carried out the affairs of the Church justlike how Jaime Cardinal Sin did for Manila, for which reason, according to Robert L. Youngblood, author of Marcos Against the Church (Cornell University Press, 1990), his appointment was resisted by Imelda with all her might.

The short and jolly papal nuncio used to visit Sta. Lucia Parish in Novaliches, Quezon City, where, on several occasions, I sang with him “Santa Lucia Luntana,” the old Neapolitan song written by E. A. Mario in 1919, and sat down to breakfast with him. I tell you, the people of that area, then one of the poorest parishes in the National Capital Region, and a multitude of other Filipino slum dwellers and destitute families loved Torpigliani without end.

During his tenure, he also seemed to have advocated the idea that, yes, the Church is immanent, rooted in time and space, but She is also transcendent, and that the Church “cannot marry this age or any historical era” (I am paraphrasing Fulton J. Sheen), “or else the Church will become a widow in the next.”

But, as history tells us, the Marcos administration was infamous for political corruption that gave rise to cronyism and the abominable local dynasty, police-military brutality, and the first lady’s ostentatious extravagance (hence, “Imeldific” became a nasty word in the Oxford Dictionary). In such a dire situation, who among the leaders of brave hearts could have remained silent?

In Philippine history, the declaration of Martial Law in 1972 was considered annus horribilis that led to the martyrdom of Ninoy Aquino and thousands of Filipinos who vehemently opposed it. Amnesty International (AI) reported that more than 100,000 people were victims of Martial Law, with 3,000 killed, 34,000 tortured and over 70,000 arrested (numbers rounded). Who among the leaders could have remained to see no evil, hear no evil, and speak no evil?

Did the Vatican make Archbishop Torpigliani stay through the brutal years of Martial Law and the 1986 EDSA Revolution to balance the socio-political involvement of some bishops, the outspokenness of Jaime Cardinal Sin? When the worst was happening among our people, Cardinal Sin asked, “Where are the other shepherds? …Is it possible we are becoming a nation of sheep?” (Felix B. Bautista, Cardinal Sin and the Miracle of Asia, Vera-Reyes, 1987). Accordingly, the bishops who were undecided found themselves in a dilemma, a situation between the devil and the deep blue sea.

Today, at the Wall of Remembrance in the Bantayog ng mga Bayani at EDSA, you’d find the names of four valiant and uncompromising bishops, among many others who stood against the Marcosian abuses, namely: Bishops Julio Labayen, OCD; Antonio Fortich; Miguel Purugganan; and His Eminence Jaime Cardinal Sin. Reading all the names of those who made a difference, I always remember that the peaceful People Power Revolution made the Filipinos beautiful among global citizens.