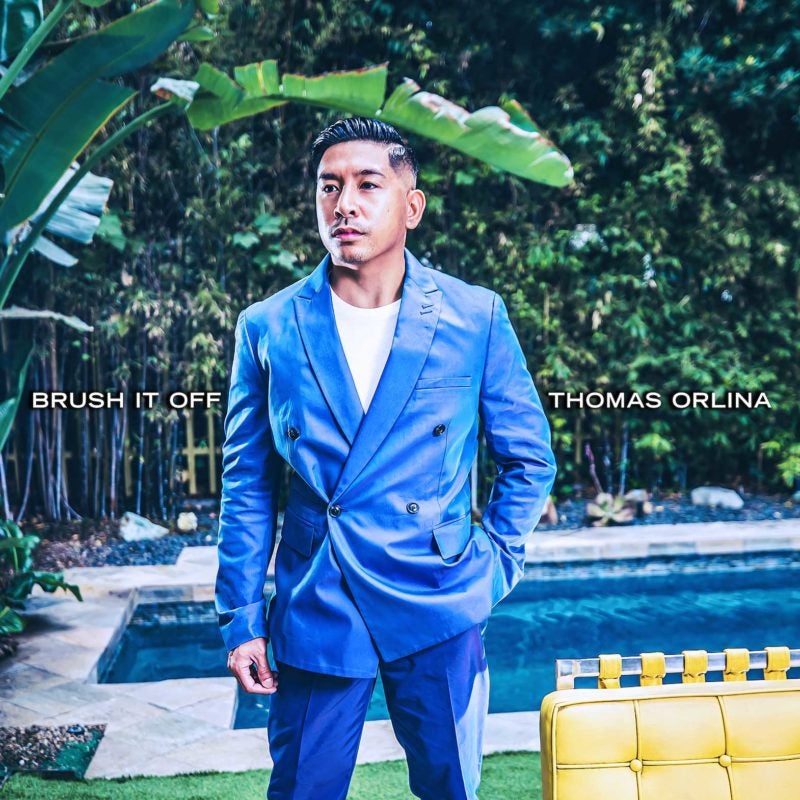 Thomas Orlina and Dexter Giffard wrote the up-tempo electronic dance song. It was produced by Jay Cruz and mixed by Luke Villemur.

The song is intended to uplift and empower listeners to overcome life’s obstacles and let go of anything that might be weighing them down. Pop recording artist, Justin Bieber, Britney Spears and Lady Gaga, inspired the sound.

Orlina gave “Teen Music Insider” exclusive details about the creative process in making his song as well as new details about the upcoming music video, which touches on the social justice movement, the LGBTQ community and much more.

The music video for, “Brush It Off,” is set to debut soon.

Orlina is best known as the star and executive producer of his YouTube show, “Your Time With Thomas,” which has been seen by over 50K viewers worldwide and has been featured on CNN, NBC, The Advocate and much more.

To follow his social media everywhere @thomasorlina and visit his websitethomasorlina.com to keep up with all things Thomas Orlina.