The fevers of February

The fevers of February 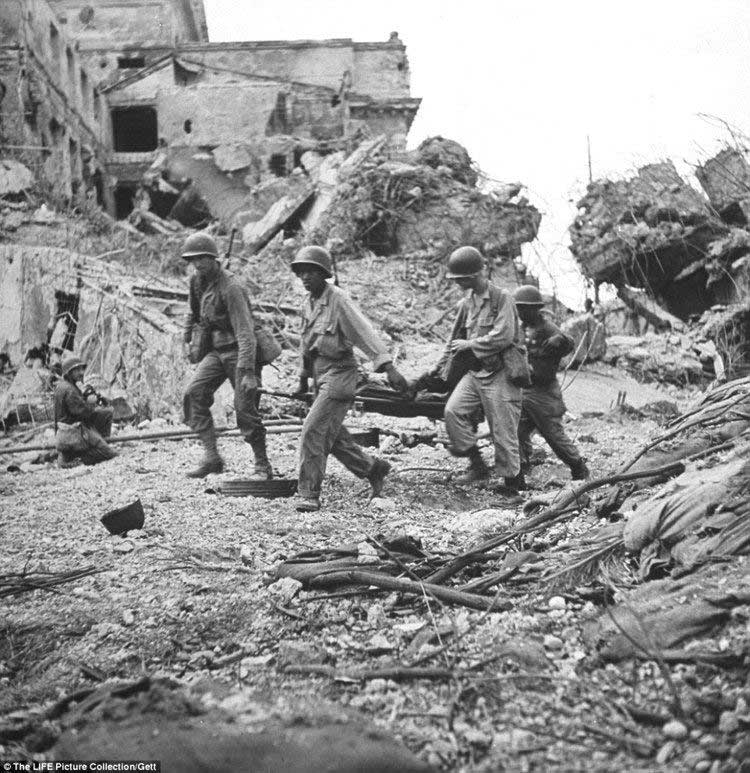 American G.I.s picking their way through the ruins after the Battle of Manila in 1945. FILE PHOTO

NEW YORK—The month of February is particularly noteworthy when it comes to tectonic shifts in Philippine history, from the Feb 17, 1872 public garroting of three Filipino secular priests—Mariano Gomez, Jose Burgos, Jacinto Zamora—for their encouragement of native clerics taking over more parishes, thus earning them the implacable hatred of the Spanish friars, to the 1986 People Power peaceful uprising that saw the ouster of the despicable Marcoses. (We should cheer the Supreme Court’s decision to turn down the feckless and clueless Ferdinand Marcos fils’ challenge to the electoral victory of Leni Robredo that gave her the vice-presidency in 2016).

In between were two wars. On February 4, 1899 the Philippine-American War began, and lasted until 1913, even though the US had declared the war over by 1902. Forty-six years later, in February of 1945, with General Douglas MacArthur’s forces having landed in the Visayas and Luzon, with army units advancing rapidly towards Manila, the horrific battle to liberate the city took place. The Japanese were not about to hand over the city quietly. In spite of General Tomoyuki Yamashita’s orders that the remaining Japanese troops were to leave Manila and join the main body up north, in and around Baguio City, where a coordinated defense and counter-offensive would be launched, Naval Commander Sanji Iwabuchi ordered his forces to fight to the last man and resist the American onslaught.

The result was disastrous. The battle for the Noble and Every Loyal City, as the Spanish charter put it, is believed to have been the most savage urban fighting in the Pacific arena. The ancient Walled City, or Intramuros, its origins dating to 1572, was practically razed to the ground due to unremitting artillery fire from the US army seeking to retake the citadel from the Japanese entrenched within its walls, literally intra-muros. The relentless cannonades ranged from a distance of 8,000 yards to a point-blank 250 yards. Intramuros was declared secure on March 4, thus bringing the month-long battle of Manila to an end.

The operation was a success but the patient died. Civilian, mostly Filipino, fatalities were estimated at between 100,000 to 240,000—from the killing sprees on the part of the Japanese and from US artillery and aerial bombardment. American casualties were more than a thousand, while within Intramuros, more than 16,000 Japanese soldiers died. The city was essentially obliterated. Reduced to rubble were cultural and historical landmarks. The loss was incalculable. According to Wikipedia, “Countless government buildings, universities and colleges, convents, monasteries and churches, and their accompanying treasures dating to the founding of the city, were ruined. The cultural patrimony (including art, literature, and especially architecture) of the Orient’s first truly international melting pot—the confluence of Spanish, American and Asian cultures—was eviscerated.”   Could the deadly bombardment of Intramuros have been avoided? Imagine what would have transpired had the US bombers decided to target Kyoto, instead of sparing it due to its immensely rich cultural status. The argument for shelling the irreplaceable 16th century citadel was that it would save American lives. True enough, but that deliberately sidesteps the question of, what about the Filipino lives blown away by the destruction rained down upon them? One must take stock of the deaths caused not just by the Japanese, but by the US forces as well.

In February of 1995,  at the Plaza de Santa Isabel in Intramuros, was erected the Shrine of Freedom, more commonly known as the Memorare Manila Monument, dedicated to the memory of all those civilians killed in the battle of Manila. The late Nick Joaquin, National Artist for Literature, composed the inscription, which reads:

This memorial is dedicated to all those innocent victims of war, many of whom went nameless and unknown to a common grave, or even never knew a grave at all, their bodies having been consumed by fire or crushed to dust beneath the rubble of ruins.

Let this monument be the gravestone for each and every one of the over 100,000 men, women, children and infants killed in Manila during its battle of liberation, 3 February – 3 March 1945. We have not forgotten them, nor shall we ever forget.”

May they rest in peace as part now of the sacred ground of this city: the Manila of our affections.

It was only natural that Joaquin pen this inscription. One of his best-known works, A Portrait of the Artist As Filipino, a full-length play written in 1950, is as much an elegy to the vanished splendor of Intramuros and Old Manila as it is about the lives of a family living in a grand but decaying stately home, unable or unwilling to face the reality of a postwar world that seems to have turned its back on a genteel and cherished way of life, succumbing to the vulgar charms of a soulless modernity. To be continued