Joy Jataas’ famous ube cheesecake is part of the current ube craze in parts of the US. CONTRIBUTED

HONOLULU — It all began when husband and wife Joy and Jeremy Jataas ate cheesecake one night, and came to the realization that ube cheesecake may be a great idea. Curious to create one, Joy attempted to bake her own but went through many trials before perfecting an ube cheesecake. The rest is business success.

Joy first started baking them for family and friends as a hobby but, eventually, her creation’s tastiness started to spread by word of mouth. The business slowly grew, and Joy transitioned from doing it as a hobby to doing it as a full-time job.

UBAE, short for “Ube Before Anything Else,” became a name that Jeremy coined from the trending term “bae.” Although Joy did not buy into the name initially, a lot of people became drawn to it, and she has grown to like it. “Why bae? Because it’s how it sounds. After my husband kept trying to convince me of the name, I realized that it makes sense,” Joy laughed. 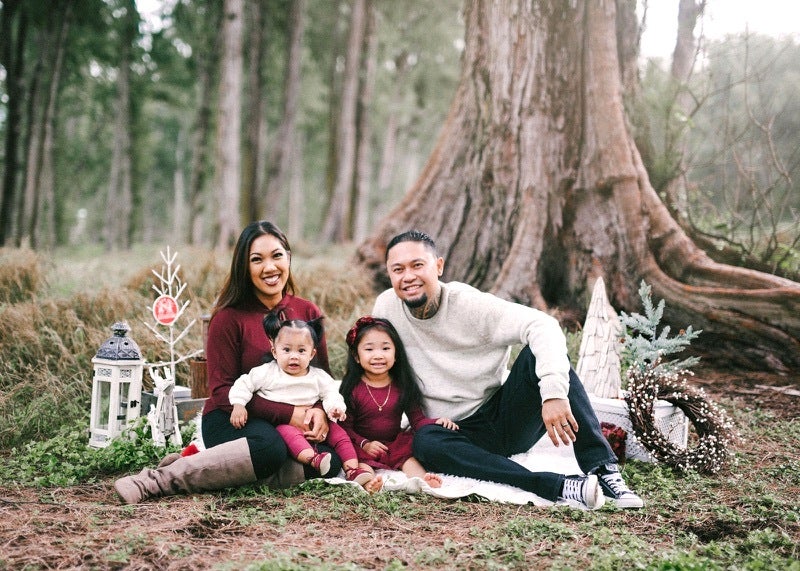 The Jataas family enjoying a day in the park. CONTRIBUTED

The Jataas’ ube business currently sells the famous cheesecake, crinkle cookie and recently created an ube sauce that customers can pour on anything they want. Baking mommy Joy still considers the cheesecake her favorite because it started everything it’s and what keeps the business going.

“People seem to really like it and I love it too. When you’re in kitchen, the aroma is like ube baking, and you can really smell it, it’s fragrant. It’s not even the sugars in the ube, it’s the actual scent of ube,” she gushed.

Joy takes pride in knowing that UBAE serves people of different backgrounds, giving her the opportunity to share a piece of Filipino culture and a little piece of what she grew up with.

Born and raised in Hawaii, Joy’s parents arrived in the United States as immigrants and brought the culture with them. She grew up with Filipino cuisine and understanding three dialects, Tagalog, Ilocano and Visayan.

Her grandmother even made her own ube halaya: She would boil the purple yam and mash it up, turning it into a jam. “Mom encourages me to try making ube halaya, but all we get here is grated ube. Grandma would use actual crop,” Joy laments. Although no one in her family knows how to make her grandmother’s ube halaya, Joy hopes to one day achieve the same recipe.

Regardless of the current ube craze, Joy never expected her ube creations to become a success outside of her inner circle. “It was something that I thought wouldn’t take off, but something you would bring to a potluck, like a small family dish. That’s what I thought it would be and I didn’t think it would expand the way it has and I’m very grateful.”

As part of the Filipino food movement, Joy does see a lot of Filipino food getting commercialized but do not taste quite as good as something a mother or grandmother would cook. “It’s not like home cooking. I like the idea that it’s getting mainstream because Filipino food is good. Because of how creative Filipinos are in cooking, not many want to try the food, but I feel like every Filipino food is worth the try.”

One concept that Joy brought up is the possibility of Filipino food losing its originality as it becomes more mainstream. With ube alone, people tend to confuse it with sweet potato.

Fortunately, the Jataases have no intention of losing their Filipino identity. As parents of a four-year-old daughter and an 18-month baby girl, Joy and Jeremy do everything they can to educate their children about Filipino culture.

“This past May, we brought daughter to the Filipino festival in Kapiolani Park and showed her tinikling, pageant girl and our daughter asked why the girls were dressed in the barong and terno sleeve outfits,” Joy reported. The husband-and-wife team also makes it a point to have pabitin (at every birthday party for the kids to play. “We try to expose them to the culture, what we’re about and where we came from,” said Jeremy. 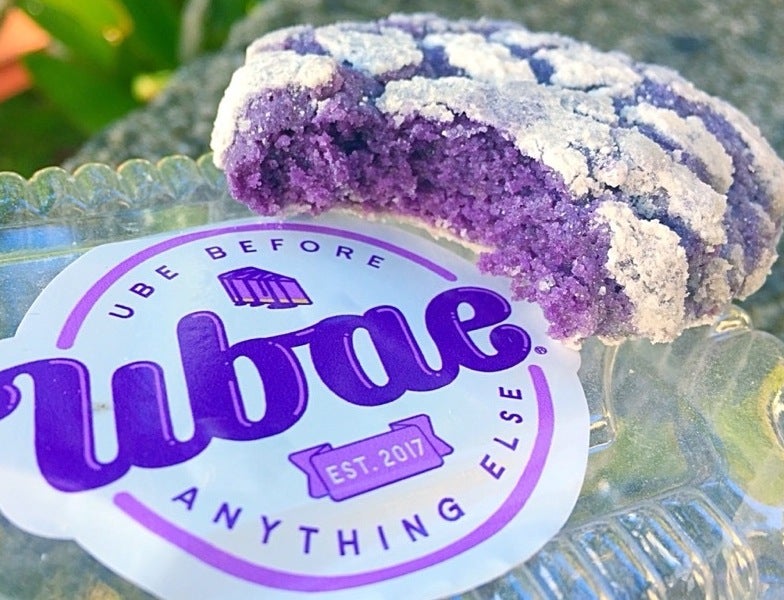 With ube making such a huge impact on the food industry lately, Joy definitely plans for more exciting ube products in the future. Her current project reminds her of the humble beginnings of UBAE so she definitely feels the challenge to make it another hit. UBAE hopes to have its own flagship so that everyone can come to one spot instead of trying to figure out the next UBAE pop-up location.

In the meantime, last Sunday UBAE held a pop-up event at Honolulu Kitchen, a popular local restaurant in Waipahu known for its fried manapua. “Uncle Steve was generous enough to loan a part of the little space he has. It’s his way of giving back to small businesses and helping them grow as a spot to showcase their products,” said Joy, glad to sell there for a day. “Honolulu Kitchen has a good reputation of the food they serve and I’m excited to be in their presence.”

Joy and Jeremy give a heartfelt ‘thank you’ to their friends and family who have continued helping and supporting them, both locally in Hawaii and in the Philippines.