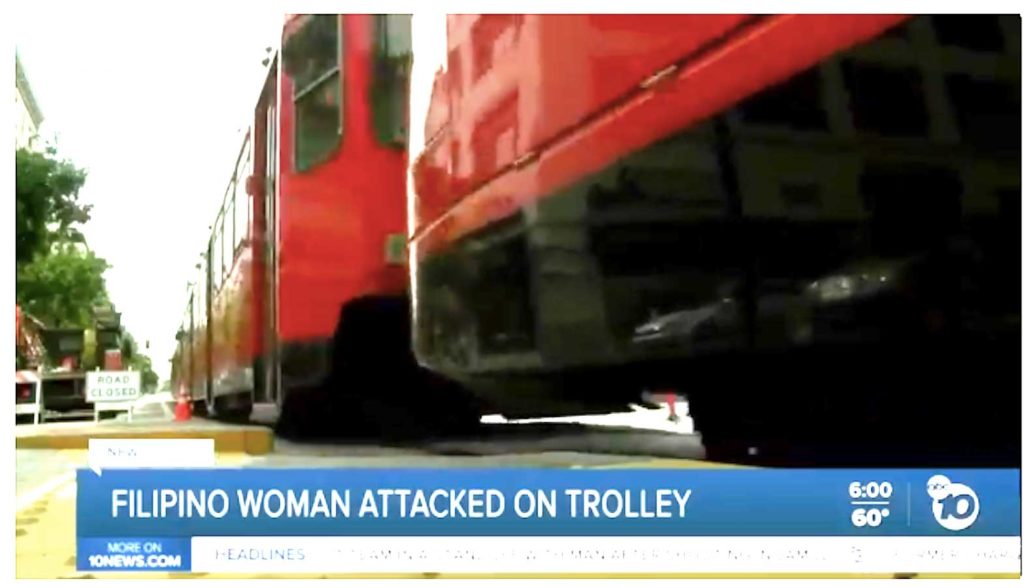 SAN DIEGO, California– A man attacked a Filipino woman for no reason at all on a San Diego, California trolley, Mon., Feb. 15.

Several witnesses helped the unidentified woman report the violent attack to the police, according to ABC 10News.

She was treated at a local hospital. It is unclear if any arrest has been made.

“My first reaction is angry and then I was just sad for her,” said JoAnn Fields, a community advocate and director of the Filipino Resource Center. 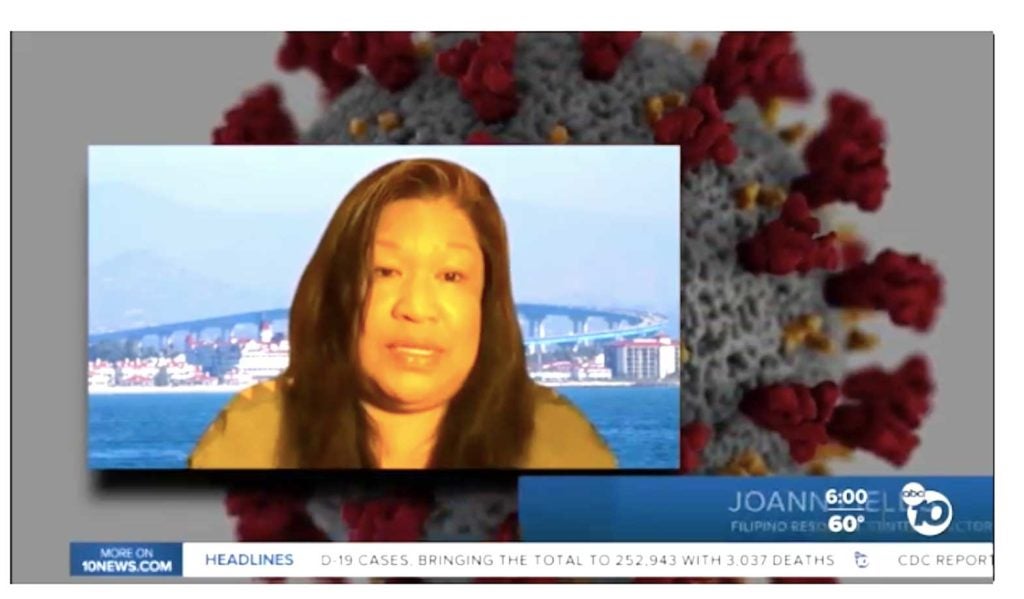 Filipino community advocate said attacks on Asians due to pandemic bigotry is a worrisome trend. SCREENSHOT

The unprovoked attack angered Filipino community advocate JoAnn Fields, who said she felt “sad for her.”

“The previous president calling the coronavirus the Chinese virus… that just amplified, I believe, hate toward our community,” Fields said.

Attacks on elderly Asian  Americans have been caught on video in recent weeks.

An 84-year-old Thai national, Vicha Ratanapakdee, was walking in the San Francisco area when he was tackled by an unidentified assailant. Ratanapakdee’s head hit the pavement and he later died.

Days later, a 91-year-old Asian man was violently shoved to the ground in Oakland’s Chinatown.

Last week, a 64-year-old woman was robbed outside a Vietnamese market in San Jose, California. And a 61-year-old Filipino, Noel Quintana, was slashed in the face last week on the New York City subway.

“To see this trend, awful trend, happening throughout the United States should put us on alert,” Fields told ABC10News.

The group Stop AAPI Hate started tracking anti-Asian hate nationwide beginning in mid-March. It recorded more than 2,800 accounts by the end of 2020.

San Diego County District Attorney’s office is currently handling three anti-Asian hate crime cases.  There were none in 2018 and 2019.

MOST READ
usa Monkeypox: Should the world be concerned?
usa The latest on the tragic Texas school shooting that left 19 children, 2 adults dead
usa Top 10 Richest Companies in the World as of 2022
usa Fil-Am graduates with 7 trade certificates from San Diego college
usa Quo Vadis, Philippines: Part II
usa Ethereum co-founder warns of crypto crash – ‘Pay more attention’
usa A Time to Rise, Again!
DID YOU KNOW?
The Best Kindle of 2022: Which one should you buy?
A Beginner’s Guide to Buying a Vacuum Cleaner in 2022
Island Hopping in Tulum: The 12 Best All-Inclusive Tulum Resorts
How to Dispute a Debt and Win | Simple Tactics
The 12 Best Lat Exercises for Muscle Growth
Countdown to summer: tips for learning how to surf